Around the World With A-Trak: Thankful for Exceptional People

Hi internet! I feel like writing again. Will you humor me and read my musings? Even in this "click-through" age, can I still write more than 500 words? I hope so because it's helping me kill time on this flight. It's been a while since I wrote an Around The World, ironically, because I've been busy going around the world. I'm not even sure where to start, I'll just take you through highlights of my last couple months of touring. Walk with me. 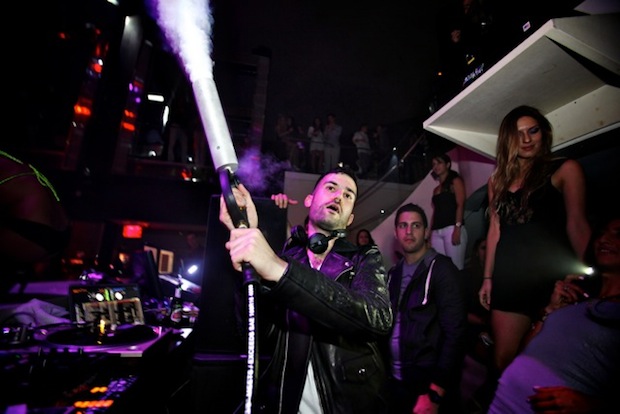 My summer started when I got back from the Fool's Gold Asian Sensation tour in early June. I spent the next three months hopping back and forth between Europe and America, often spending the first half of each month in the Old Continent and ending it off in the land of the red, white and blue. In Europe I was mostly playing festivals, either solo or with Duck Sauce. Back home I was mostly doing clubs. I started a residency in Vegas earlier this year, which means I'm at the Wynn once a month. It's been interesting observing the transformation of Las Vegas, where DJs used to have to comply to the local style and play these very commercial, "open format" sets, to a place that is completely infatuated with DJing and aspires to be the breeding ground of electronic music, as evidenced by the massive Electric Daisy Carnival event back in June. I'm just waiting for the Blue Man Group to show up at one of my shows.

The highlight of my July touring had to be the Fool's Gold Take Paris event which we organized at the massive Grande Halle de la Villette venue, the same place that recently held the Pitchfork Music Festival Paris. We brought the whole family circus, with Chromeo and myself headlining, and Breakbot, DJ Craze, Kavinsky, Nick Catchdubs and Rogerseventytwo sharing the bill. The subways were plastered with posters and we sold out the 3,000-person venue. I spent some extra time in Paris, where I rented out a studio to work on various projects including the first episode of my monthly radio show on SiriusXM, which is also downloadable as a podcast. The studio was in the complex that houses a bunch of friends, like Surkin, Bobmo, Para One, Cosmo Vitelli and more. 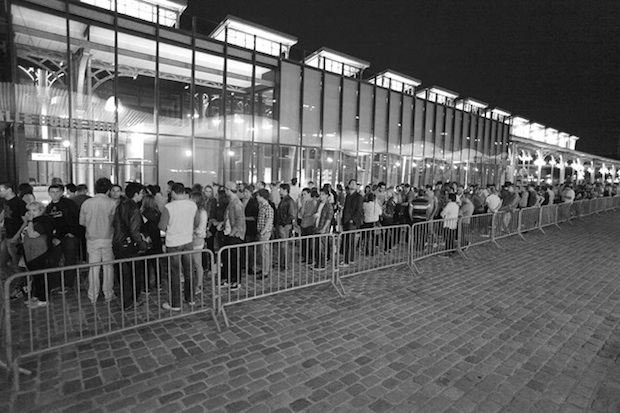 On the same trip I also played at this Belgian festival called Rock Werchter where I was somehow slotted on the main stage between Iron Maiden and Black Eyed Peas. It was quite a contrast from the tasteful Hultsfred festival in Sweden, where Armand and I had to be flown in by helicopter from the nearest airport, which was over two hours away. Helicopter riders are less quaint when they get to that distance and you realize that you don't have flight attendants nor beverage services. I remember hanging out with Lil B at Hultsfred, it was his first European appearance. (He felt blessed.) I flew back to North America and did more dates there. At the surprisingly big Kelowna festival in British Columbia I got bumped up to a headlining slot when Busta Rhymes failed to show up. Kelowna is a beach town that apparently produces the bulk of all weed found on the West Coast. Not sure why a rapper would miss that. The next day I flew across the continent to the Hamptons to DJ for the affluent crowd. Those juxtapositions are what keep me on my feet after all this time. I obviously can't play the same set at these radically different types of venues. But somehow I find my place in all of them and most importantly, I try to bring them all into my world. My sets change but there are certain songs that I always play, from my own remixes to the releases on my label, to songs that I just happen to find and that become staples for a season. 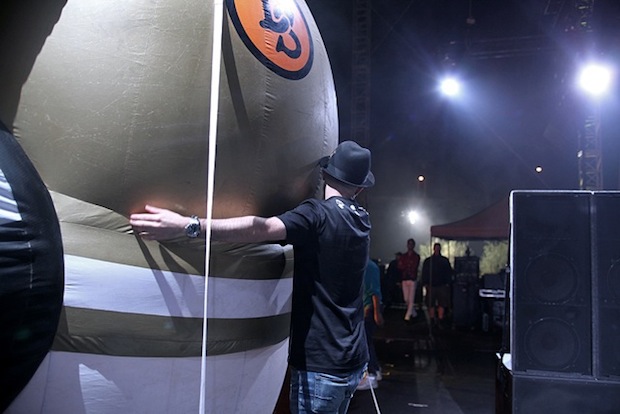 In August the biggest show had to be Hard Summer in LA, where Duck Sauce played alongside Chromeo and a ton of our friends joined us, from Boys Noize to Gesaffelstein, Busy P, Carte Blanche to Skrillex. LA has turned into such a strong base for our music, it's always a pleasure playing there. We threw thousands of duck bills into the crowd and people were quick to get it quacking (sorry). I then flew to Japan for Summersonic festival, and from there I went to Europe: London, Vienna, Ibiza and Cannes. I was supposed to do Pukkelpop festival but we all know what tragically happened there. In fact my brother was playing there on the day of the storm, two days before my scheduled slot. He called me in the midst of it, just an hour before they were supposed to play, and described the havoc as it unfolded. I was worried, I'm just glad we were able to keep in touch and know that he was safe. A few days later I played Mysterlands festival in Holland, followed by Creamfields festival in the UK where my set was broadcast as an Essential Mix on BBC Radio1. Those two were so muddy. Every summer there has to be at least one mud-fest. Creamfields was great though, another high point of the summer for me. I played right before Swedish House Mafia, with whom I then hopped back to Ibiza for one last hurrah there. 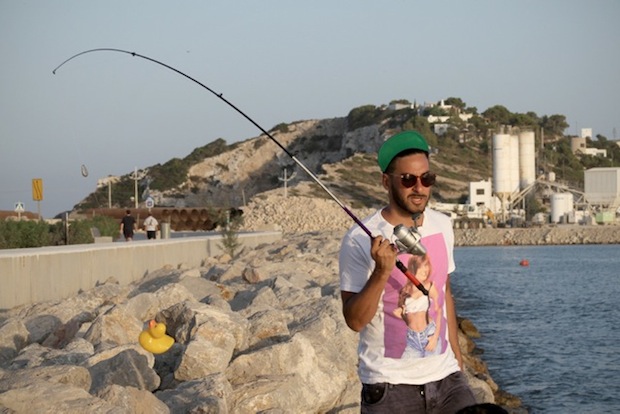 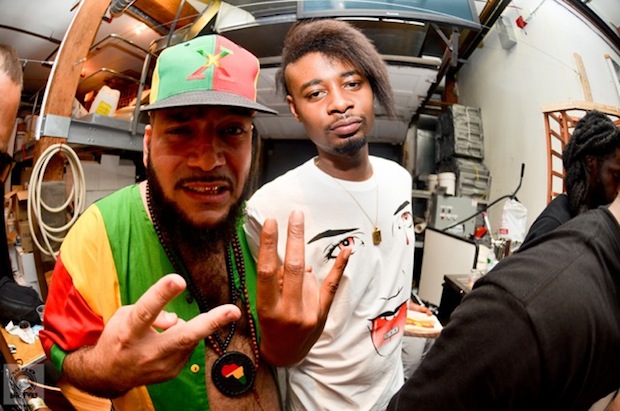 At the top of September, Armand and I went to LA to film the "Big Bad Wolf" video, after which I had to keep my mouth shut for a month despite the urge to tell everyone that we turned into crotchfaces. I came back to New York for the Fool's Gold Day Off party on Labor Day. It was beautiful seeing this convergence of crowds as people gathered to watch Danny Brown still basking in the hype of the XXX release, Just Blaze playing his astonishing laundry list of hits, Mehdi graced the decks for a surprise house set, Juicy J discovered he has a cult following in New York. 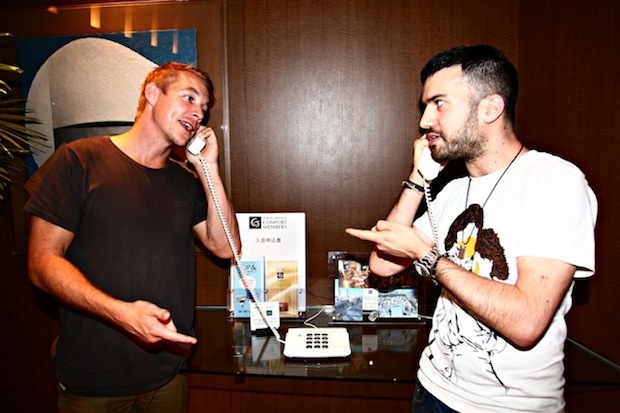 Shortly after that I flew back for one last weekend of European festivals: I played back to back with Diplo in Berlin, and then went to the Isle of Wight for Bestival where I brought out my "A" stage production. Since that island is far from everything my tour manager had planned for us to head back towards London after my set, but when I got there and saw that I was sharing the stage with Carte Blanche, Fake Blood, Annie Mac, Diplo and many more, I decided to stay until the last ferry and hang with my friends. I remember the whole rest of the day, Mehdi kept coming up to me and saying, "I'm so happy you stayed with us," and we spent hours just listening to good music and having a good time. Three days later, when I was back in New York, Mehdi passed away. If you just look back at the preceding weeks, I was with him at Bestival in the UK, at Day Off in New York, at Summersonic in Japan, at Hard Summer in LA. That's how our friendship was, we saw each other constantly. It's been almost two months and I still can't grasp the thought that I won't see him again. I don't want to get into it too much here but as you can imagine my whole life changed that day and there's now a hole that could never be filled. I went to Paris for five days, until the funeral, and spent every waking minute with my friends out there. I'm fortunate to have such exceptional people in my life. Leaving Paris was strange, I wasn't sure how it would feel to face the outside world, and even to DJ since I had canceled a handful of dates in the meantime. I flew to Australia shortly after for the Parklife tour which I was doing with Duck Sauce. I'm not sure if I would have still done it by myself, but knowing that Armand would be by my side helped my face those stages. I remember being really exhausted during a good part of that trip, but I must say I still kept good memories from it. 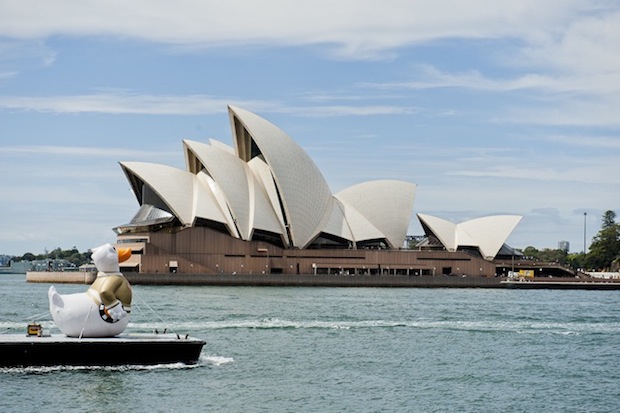 I was back in America for all of October. I did a couple of shows at colleges: Stanford, USCB and Occidental in LA. Those were a fun change of pace, playing in what feels like an isolated space for very enthusiastic crowds. I was DJing on campuses, often even on the quad outside, like a scene from Old School. I did a few festivals too: Deluna in Florida and Voodoo Experience in New Orleans. That one was on Halloween weekend so after my show I did the only logical thing: I dressed up as Skrillex, while he dressed up as me in another city (Phoenix, I think). The things we do for twitpics. New Orleans has to be the best city to celebrate Halloween, it's already like a carnival every day. I had a great show in San Francisco with Deadmau5 and Fatboy Slim at the Bill Graham Civil Auditorium, which is huge. Back in New York, I did a tribute show for Roc Raida with DJ Premier, Stretch Armstrong, the X-Ecutioners and DJ Craze. Raida was like a mentor to me when I was younger and he also passed away two years ago. The show was to raise funds to support his wife and kids. It was very touching, I'm glad people came out, donated and paid their respects to his legacy. We also celebrated Fool's Gold's Four Year Anniversary with a party at the Tribeca Grand during CMJ, starring none other than N.O.R.E.! It was so cool to be on the run eating (healthy) with the god.

Meanwhile for the last two months my brother's band Chromeo has been out on the road as well, doing their most extensive tour of our continent. In recent weeks I managed to fly to a few of their dates to catch the show on my nights off, like in St. Louis and Boston. They've just ended the tour with two victorious, sold out shows at Terminal 5 in New York. I was able to get back for the last one and was beaming with pride as they delivered one of their best performances of the year. I even hopped on stage for a cowbell solo on "Night By Night," and Sammy Bananas played the sax on "You're So Gangsta."

That brings us to the present time. This column is called Around The World and I tell stories of my travels like a rambling old grandpa. I hope it has helped you procrastinate in a positive way.

music / News
Around the World With A-Trak: Thankful for Exceptional People