Sam Falls quit his day job about a year ago. Since then, he’s been able to make art—photos manipulated with paint, dyed fabric and homemade paper—full-time, having had a string of successful solo shows in Sweden, LA, and at his New York gallery, Higher Pictures. Between exhibitions this summer, he’ll be creating portraits for a series of seven-inch releases from young music acts Oldd News, Big French and Dads. Oldd News, aka Jamie Kanzler, is a 21-year-old musician who Falls calls his brother. They’re not actually related, but they grew up together in Vermont and continue to share an active artistic exchange, one that Falls feels keeps him honest. “It’s exciting for me to go back to that moment of initiation,” he says because, at the end of the day, “my art sells for more money than I would ever pay for it.”

Jamie Kanzler will perform as Oldd News July 9th at Productive Steps, a show curated by Falls. He'll also play at the July 17th opening of Death Valley, a two-person show for Falls and Nick Van Woert at Cleopatras in Brooklyn.

Falls talks about his collaborative relationship with Kanzler, below:

Who is Jamie Kanzler?
He’s not my real brother. His dad took me under his wing, and I don’t have a dad really, so we became brothers. We lived in a really small town, and I’d have dinner at his house like three days a week. We started hanging out more when he was 13, 14 because we could drink together or smoke cigarettes. Then we kind of bonded through playing music. Later he went away to a boarding school and he kind of like, blossomed. He would come visit me in New York when he first started college at Sarah Lawrence, and we would have these weekend-long recording sessions. He’s going to work in the city this summer, and was like, “I want to find an internship, can I work for you?”

I make these videos of Jamie and his friend called holding patterns where I visit them every year and film them for a few days and edit them. I’ve been playing the videos at the end of my openings. They’re seven- to fifteen-minutes long, and it’s really like a portrait in motion of these kids, then they’ll play their music afterwards. I started filming him kind of for fun, but it turned into this project where I released the films with books of poetry.

Music is something that I do as an amateur and he does professionally, whereas he does art more amateurly. I’ve stopped playing more music as I’ve had to start working more on my art. There was a period where I thought I could do it all, and they were all equally significant. But I went to graduate school for art, and art is what I do.

My brother and I are coming out with a book this summer called There Aren’t Any More Poets, Stupid. There Aren’t Any More Stupid Poets. It’s his poetry and my pictures. I’m also working on another book that I’m having a couple people write poetry for. That book is a bigger production. Jamie’s writing one poem. But a way to bring the project totally back to a relevant place is to have his poetry in it. It’s cool because it’s the first time it’s really professional on both ends. I’ll go to a meeting with a designer, a publisher and it feels like business, and then I’ll hang out with him and look at his poems and what he’s been writing and talk about my pictures, and it feels more like play. It’s important to keep that a part of it. Jamie never gives me negative criticism, and he’s super psyched on all of the stuff I do, but he’s speaking from a different place. Rather than looking at my work like, This is about abstraction and photography and painting and sculpture—that kind of jargon—it’s like, Whoa, this shit is gritty. It's not like, Let’s talk about the politics of these images. He can feel why they’re important, but the language we’re using isn’t academic. 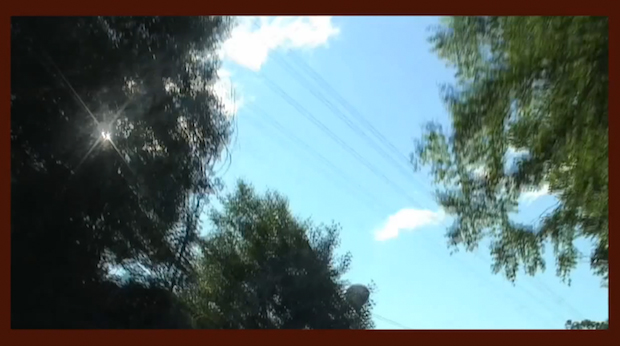 But you’re happy to use academic language when you talk about your work?
The catalyst for a project for me comes from a conceptual or theoretical realm, but I spend days or months or a year working on it, and in that time, in the persistence of working on a project like that, you have to come at it from a much more visceral and relatable thing. The choices you make, the things you photograph. Some of the images I’ve been working on, for example, are from his dad’s house in Florida, and we go there together every year in the winter. They have a totally biographical feel for me, but that’s not the reason I take these pictures. The painting on the photography is really the reason, but the subject matter is always going to come from where you’re at, especially with photography. I think that’s something he can consistently relate to because he knows me so well, that he can come in here and see this and not just look at it for color or form, but also like, there’s my dad’s pool.

What's your role as a big brother?
There was this time when we were driving home from New York after Christmas and I was dropping him off at Sarah Lawrence, and I had been living in a room that was literally like a closet with no window, and I was paying $500 a month in Williamsburg, which is more than I had ever paid. All of these people were living these crazy lives that I didn’t really relate to. It was kind of gnarly, and they were all doing coke all the time. We were talking about that on the drive down, and the girl that was on the lease called me and was like, Hey, something has come up. I didn’t know that we couldn’t be living there, but we were all getting kicked out. On the phone she was like, You can fucking move out. It was the middle of winter. He witnessed that whole breakdown. I literally went and got all my stuff and lived out of my car for two weeks, and would go visit him at Sarah Lawrence. For him to see me go from there to here is pretty encouraging for him, and it shows that you can kind of do whatever. Collaborating on this project is also important because I’m able to help him a little, whatever that means. I think it's encouraging for him.

Song You Need: Quadeca pushes himself on “Born Yesterday”