Le1f had been teasing us on twitter for a while now by saying he signed to label but keeping us guessing who, until a few weeks ago when it was announced he would be in a really premium spot on the joint imprint between Terrible Records and XL. It's heartwarming that he's found a home: Le1f is an artist for whom the sky is the limit when its comes to impacting the world, and a new EP, Hey, is an awesome next step closer towards cultural domination for his banjee gay ish. Take a listen to the 5-song EP, out next week on March 11, over at Pitchfork, plus check out this resplendent photoshoot by Nick Widmer for the record he did in Paris. 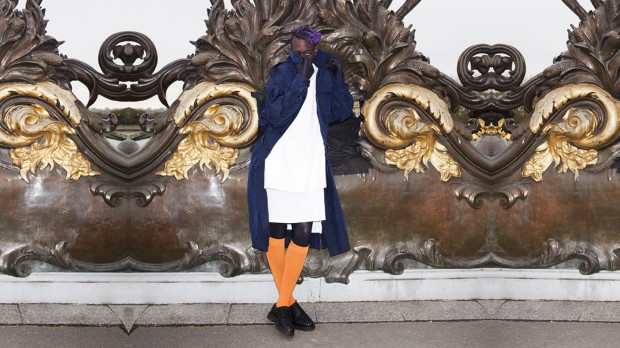