The MAN show at London Fashion Week is always a chance for the boys to get flashy, and obviously the first place to go shopping for new British menswear talent. A newcomer to the MAN fold, designer Katie Eary literally turned the human body inside out for her spring 2010 collection, taking the idea of underwear as outerwear right down to the bone with skeletal leggings, ribcage splashed tees and pigskin-covered shades with trompe l'oeil eyeballs. Hardly surprising then that William S Burrough's Naked Lunch and Junky were the designer's go-to texts for the wonderful weirdness of it all.


Both JW Anderson and Christopher Shannon had sportswear on the brain this season, but it's interesting to see where the two designers ended up with that sporty train of thought. Anderson studied basketball uniforms from the 1970s and tribal warriors—couple this research with a penchant for womenswear, and what your left with is streetballing swagger spliced with Maasai-appropriate flourishes: miniskirts for men and the kind of beaded kilts Marc Jacobs might be really partial too. Shannon on the hand had a chance to show off a couple of new collaborations he's been working on (namely Reebok and Eastpak) layering the oversized backpacks and fanny packs on models with colorblocked tanlines. 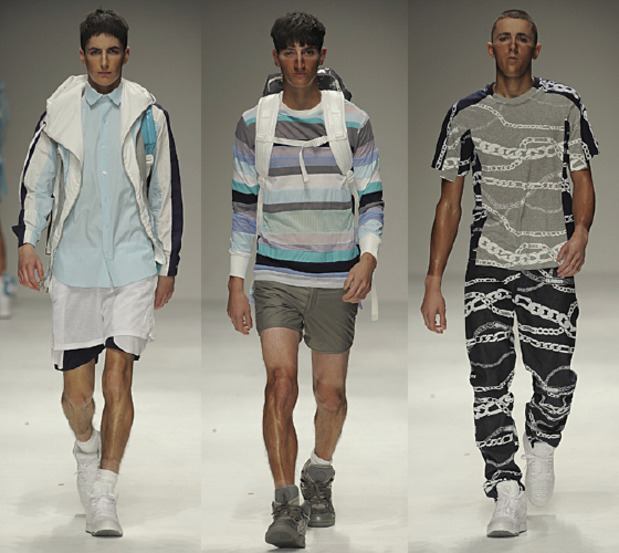 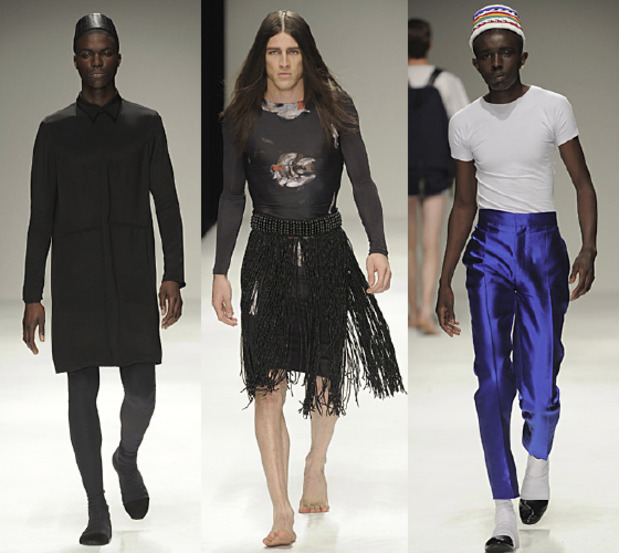 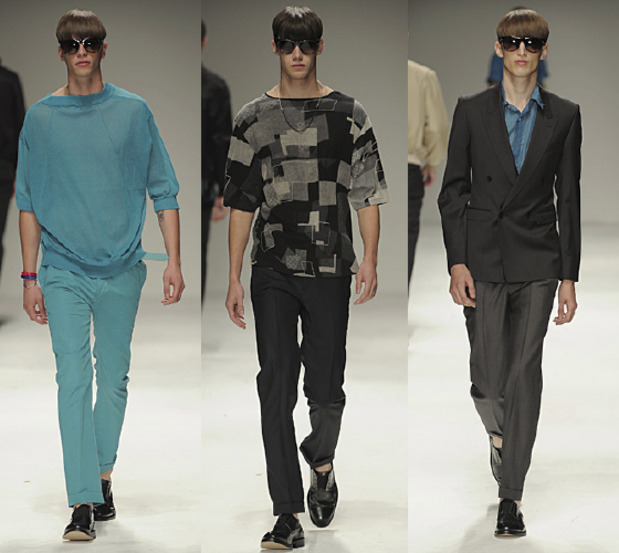