Q&A: Busy Signal on His New Album and Thinking Beyond Dancehall

Since he graced the cover of FADER 56, Kingston deejay Busy Signal has been meticulously expanding his catalog with refreshing and unexpected dancehall sounds. His just-released third album, D.O.B., is a double acronym, meaning both the “Dominance of Busy” and the “Difference of Busy,” referring both to his commandingly dexterous flow, and the album's experimentation with genre. On the cusp of its release, we sat down with Busy Signal at the Big Yard studio in Kingston to talk about the album’s rub-a-dub one-drops, tree-climbing dancehall queens and Pavarotti.


Were you aiming for such a diverse range of sounds for D.O.B?
Yeah, I’m trying to stretch it out on a wide range, keep it rounded with a lot of different type of stuff cause you have the one-drop segments like “Night Shift” and then you have “Busy Latino,” you have “Opera,” and you have one that’s acoustic. I listen to a wide range of different music apart from dancehall and reggae, and I really appreciate listening to other people’s music. That helped in terms of putting my stuff together and inspiring me to write and get my flow and message across. I listen to a lot of stuff to try and get my thing and fuse it with dancehall.

Where’d you come up with the idea to sample The Commodores' "Night Shift" for a one-drop track?
I was chilling in the studio with Karl Morrison, he was the one who worked to create all the beats, and I was just joking around saying, “Meh waan sing some one-drop song, meh waan sing some reggae music song but meh waan give it like a facelift.” I was listening to Cyndi Lauper and a whole bunch of different things from the '80s, '70s, '60s, and I came upon the Commodores. Then I start telling him how the bass and drum pattern is to be. And he’s like, “But Busy dat reggae music dat, and you a dancehall artist. Some people might not accept it.” I said, “That’s a challenge, I wanna still do it.” People accept good music. Even if it doesn’t happen locally, the world is big. Music is bigger than a country, music is bigger then a particular continent. I try to do music for Jamaica, and I try to do music for the world. For whoever accept give thanks, but I’m not trying to make it monotonous. I try to change up the flow and keep it interesting. I try to show growth. From me doing Step Out and even the songs that I had from before Step Out to now, people will see the change.

It's different even from Loaded. And Loaded was different from Step Out. You’ve evolved into a lot of different musical genres, to the point where you have an opera track on the album.
Yeah, I was listening to some Pavarotti up by Karim (Stainless Records)—his mother was listening to it actually. It was some movie with some Pavarotti, Enya and some different soundtrack. I was like “Karim, could you get a violin sound?” We didn’t really play that violin ting live, he did it on the keyboard. I was like, play that violin ting with a groove so I can just put some flow on it, something with real words people can sit and relate to. We messed around with different sounds and we found that one and it was like “That’s it!” I did almost the same kind of flow with “Dah Style Deh,” bringing like an African thing. 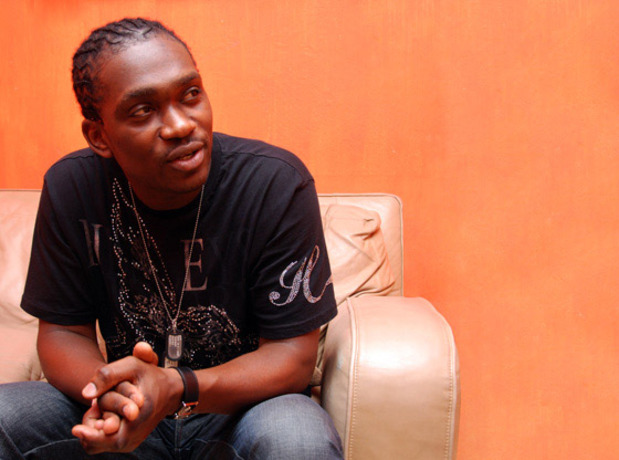 You have a lot of songs with African-style drums, like “Dah Style Deh,” “Jafrican Ting” and you use it in the album with “How You Bad Seh” and the “Gyal Dem Song.”
Somehow Africa gave birth to most of the music of our time—the beats, the drums, the way the drum move you and talk to you with the feeling and everything. “Dah Style Deh” was almost similar to a lot of those songs in terms of how I harmonized it. It’s just drums on that song, no frills, no keyboard, it was just drums, drums, drums. I try to listen to a lot of different ting and renew. Like each time you listen to a Busy Signal track you’re supposed to hear something new, not something that repeat itself. I believe in creating.

In the first track, “How Yuh Bad Suh” you say, She jump up on deh selector…
And gwaan back, yeah.

Is that song a true story?
It is, yeah. We’ll go out we have like the Weddy Weddy, the Dutty Friday, Passa Passa, all these street dances. The gyal dem get mad. I don’t go out regular but I see them because I get the DVDs and sometimes I see them first hand. When the gyal dem really enjoy themselves, it’s not a fight, it’s just a vibe. They’re moving to the riddim and they like the song, them jump up on the selector, we’ve seen them jump up on car top, we’ve seen them jump up on truck, we seen them draw out a truck driver while he was driving through Passa Passa with the cabbages and carrot pon the back. Him drive through slowly and a girl draw him out and dance pon him and the truck was slowly moving and the driver take a dance and then run back to the truck and go on. And that’s fun. The way people appreciate and enjoy music and everything it’s definitely a vibe. We really give the people a vibe to move and musically get crazy. Because really, that’s crazy, but nobody was harmedd. We see girl jump off of building top, there’s a girl that climb up in a tree just like you hear in the song—climb pon tree now, wine pon deh limb—we’ll be at the venue and see them. The whole song is a true story, from the intro to outro. 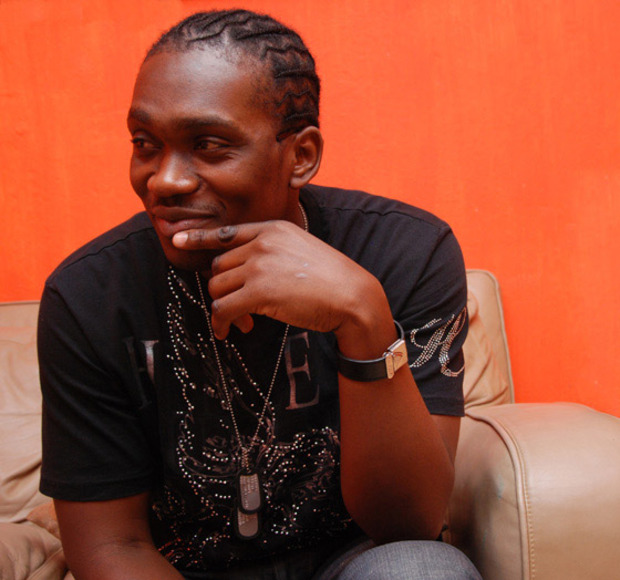 Did you just release a video for “Summm a Guh Gwaan,” the track with Bounty Killer, on the Damage Control riddim?
Yeah, we had to kinda push it back a little bit cuz so much thing going on in Jamaica. Them have this state of emergency and people have to go to them house early in the Kingston/St. Andrew area. Them lock down the thing. No party can keep no dance can keep. They even take a lot of the artists' visas, but what them gwaan wit now, that doesn’t have nothing to do with the artists. Whatever happened in Jamaica in the last three months, that doesn’t have nothing to do with particular artists, it’s just politicians and corruption. They created that and it was out of their control for a while—but at the end of the day, they the one who created all of that. So with the Damage Control riddim, Shane Brown from Juxeboxx tried to put it out and there was a lot of things going on where, at the end of the day, it wouldn’t get promoted the right way. So I was like, Mi waan fi do a video of it so it can get an extra visual, so people who don’t go out can at least see the video.

Summn a Guh Gwaan” wasn’t done as a response to the conflicts in West Kingston?
No, it wasn’t speaking in present moment for what was going on at the time. I see that happen in a lot of songs that I do, as in “These Are the Days” track, a lot of things were happening at the time and the song was written prior to that. This song was one of those songs. Even “Peace Reign” was written before what happened in the last three months. Sometimes you do the reality songs and they live on because reality repeats itself. Just like Bob Marley said, “Many more have to suffer, many more have to die.” As in, things happen over and over again. It’s a cycle: people hungry, people dying. Culture and politics, either side promise the people them different thing and nah fulfill their promise. People will be voting and they nah really get justice. Sometimes the crisis happens but the reality song was there before. Sometimes it is there at the moment and for that purpose.

Do you think your content has changed, your focus more conscious?
I think that whatever field a person is in, they got to show growth, because if you don’t show growth it don’t make no sense being in it. Some people do some songs and it’s brand new and then next week or next month, you don’t want to hear it again, ever. I try to put more substance and quality in my music because I grow a lot. Each album, each track, each song I try to put more. I still do gun songs sometime and I still do raw songs about when I’m with girls and everything. At the end of the day I just try to balance it. You won’t ever hear Busy Signal put out an album of just gun song or an album of just girl songs. You won’t hear me just compiling something that everybody know all the songs and put out an album. Because then you’re not showing no growth, you’re not showing no work ethic. You have to really put out work people can say, “Yeah, I never heard this before, I never heard this style before or this type of flow before.” Not a lot of dancehall music gets a long life span. You may have some that may be able to deejay ten, twenty years from now, but not all. Majority of them lifespan is short, but real quality reggae music live on forever. That’s why I try to do “One More Night” and “Night Shift” and other one-drop songs like that. I try to keep the life in it, while having fun, and while keeping the message and quality and hope that fans will like it and it will live on even if I’m a dancehall artist.

D.O.B. is now available here, including a bonus track with Major Lazer. 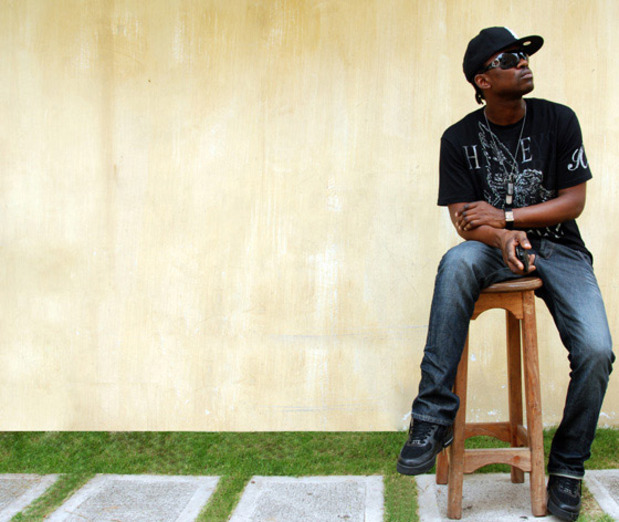 music / News
Q&A: Busy Signal on His New Album and Thinking Beyond Dancehall