Chan Marshall doesn’t like to walk and really, neither do I, so we hop a cab to go eight blocks and tip the driver heavily. The Deuce bar has the AC on high—it’s cold and dimly lit and belies the hot, humid, white light of the Miami afternoon outside. Marshall thoughtfully points out that this must have been some sort of strip club because the bar winds around the place like a snake in a maze, perfect for dancing and collecting dollar bills. Our bartender is slight with dark hair, and she keeps saying to me, “Johnny Depp! Johnny Depp!” She tells him this too, and I’m pretty sure her third vodka & Red Bull was on him. A nice guy with a blue construction hat sits down next to us and tries to start a conversation—we end up telling him that the bartender is my brother and that we’re both really proud of his new job. Marshall checks out of our conversation to text message someone she thinks she has a crush on. The guy with the construction hat continues to talk, Marshall continues to text. Fifteen minutes later, I ask her what’s happened, what the crush is texting and she says, “Oh, I haven’t sent him anything yet—I don’t know what to write.” She looks down, erases her latest draft and begins to write another one. The guy with the construction hat gets up and leaves.

The mythmaking of Chan Marshall begins with Cat Power, as she is known on records and in five-line reviews and profiles of indeterminate length, someone prone to breakdowns and stage fright, profound insecurity and layers of emotional scar tissue so deep that they might run down to the bone; if you tried to excise them, there would be nothing left but the smoke and whisper of the voice that has made her famous. In every one of her last five albums Myra Lee, What Would The Community Think, Moon Pix, The Covers Album and You Are Free, Marshall sings with a hollow-eyed sadness that is pure, unflinching and brilliant in its despondency. Very often, it’s too hard to even listen. 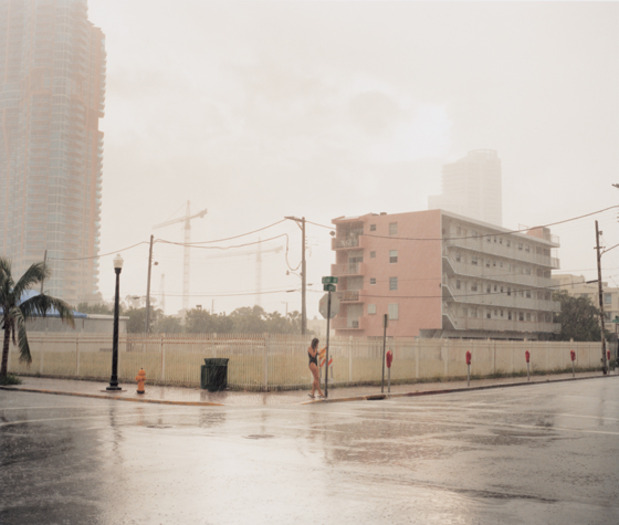 A child of the South, Marshall grew up with a complicated family life and a bohemian, Bowie-obsessed mother, who took her through Georgia, North Carolina and Tennessee. Marshall keeps alluding to trailer parks and white trash as the landscapes and people she knows best. “We were poor,” she says in an accent that has a vague but definite Southern slide. Despite this, or because of it, Marshall’s music thus far has been decidedly American, but not specifically Southern. She recalls the blues in her bass lines, country and soul in her lyrics, unadulterated indie rock in the guitar riffs, doo wop in her choruses and spirituals in the space between. Marshall’s songs have been self-taught and spit-swapped and because of this, they are irrevocably hers—a blend of shamanistic chants, rock dirges and holy music.

The third track on Marshall’s new album, The Greatest, is called “In a Bar” and it begins as a bluesy, last-call number: simple piano chords and a sax moaning low alongside her voice, mellowed to a whiskey alto. But somewhere around two minutes into the song, the cadence shifts and picks up speed. Marshall sings her refrain Lived in bars/ And danced on the tables/ Hotels, trains and ships that sail/ We swim with sharks and watch the aeroplanes/ Out of here/ Out of here/ Out of here/ Out of here/ Out of here, and the intonation of each out of here modulates—from plaintive to exclamatory to declamatory—as if she is having an internal conversation with herself. In the background, a chorus yelps either She was or Should I? or maybe it’s just a Shoo-wop, but you can’t really make out which. For a moment—right when it sounds like the chorus isn’t a question but a statement, and out of here is where she’s going, not where she’s wishing she was, the sax bends its knees and the piano nods its head—this is a honky-tonk song. 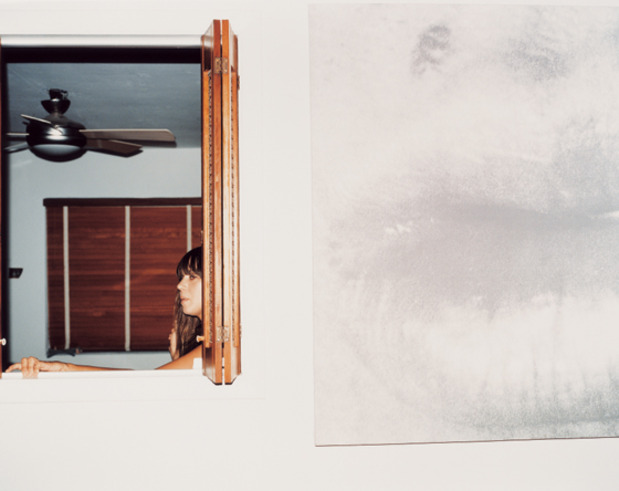 The Greatest was recorded in Memphis, Tennessee’s Ardent Studios, with members of the Hi Records’ rhythm band, including the brothers Teenie (guitar) and LeRoy (bassist) Hodges, and other Memphis legends like drummer Steve Potts, many of whom are now in their mid ’60s. Most cut their teeth in the late ’60s/early ’70s, recording with legends, like Ann Peebles, Al Green and Booker T & the MGs. Characterized by lean guitars and a relaxed, lazy rhythm that shuffles in front of and behind the beat, only to catch up when you least expect it, the Memphis sound lives on almost exclusively with Hi and Ardent, one of the few studios left where the session musicians still specialize in what they made famous. Having worked together through the beginning and end of the Civil Rights movement and watched their own musical landscape shift from rockabilly to soul, from Carl Perkins to Isaac Hayes, it is an understatement to say that these musicians know each other—and how they make music with each other—very well. All of the songs on The Greatest were recorded on the first take, most were only ever played three times through.

“We would get into the studio and I would play a song. They’d listen to it and then Teenie would say, ‘Now Chan was that 5-5-1-5 or 5-1-1-5?’” Marshall recalls. “I would just sit there silent and kinda start tearing up and sort of try and hide under the piano. And they would look at each other like, ‘Oh yeah—right.’ And then go into the corner and work it out.” Stuart Sikes, who produced The Greatest (and worked on What Would The Community Think), explains that, “Those numbers represent chords—and she had never heard of the chart system. It’s kind of a Nashville thing: if you have numbers, it’s easier to transpose.”

Marshall says that the Memphis collaboration came about when Matador (her label) sat down to try and coax her next record into production. “They just said ‘Chan, what’s your dream album?’ And then the next thing I knew, [Matador President] Chris [Lombardi] was typing into his laptop and setting things up.” The Greatest is the very first time Cat Power sounds like something from the South; it is the first time Chan Marshall sounds like her roots. While the pain and sorrow of her previous albums were raw and hurt, this new album is the reflection of an artist who has hunkered down into those emotions: they are deep, mellowed, irreversible—the lyrical amber of someone who has gotten older but is still at war with herself. Marshall says, “I wanted to make something for my mom and my grandmother.” Then adds, “But it could have been better—it could have been so much better.”

“Chan would say, ‘Oh my songs are so simple!’” says Sikes. “But no one there was like, ‘Well, this is too easy!’ Everybody really got into it. They were there for three days and would come back to see what was going on—everyone who recorded on it—even the horn guys would sneak back in. And after we did it, they all individually told me how much they liked it.” Sikes also tells me that he and Marshall reworked another song just yesterday. 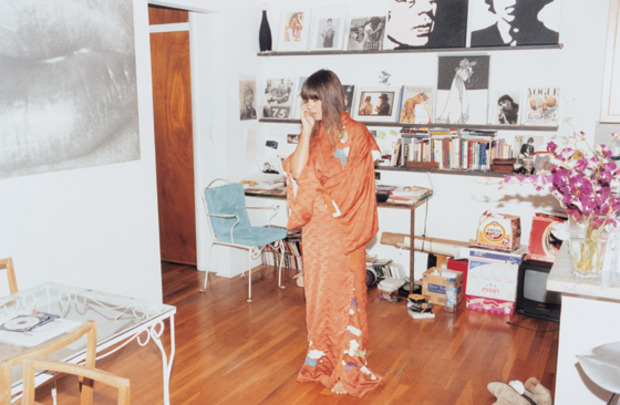 The clubs in South Beach are packed on Friday nights and filled with people unlikely to know who Cat Power is, and even if they did, it might not resonate with the same intensity as R Kelly, whose bass is bouncing out from the club before us. After paying a hefty cover charge from the wrong side of the velvet ropes, Marshall and I go upstairs to the lounge area of a place called Amika, where “Ignition (Remix)” is playing. Every time Gimme that doot doot/ Gimme that beep beep comes on, she alternately raises and lowers her hands, shimmying but still sitting down at our table on the side of the room. There is talk of dancing and then Marshall leans in and says, “This is Will Oldham’s favorite song!” I think she says this twice; she is drinking what I roughly count to be her fifth Red Bull of the evening. Downstairs where the dancing is, hot ice begins filling the room and a fashion show begins, the models sashaying on the bar—poetic symmetry with the Deuce bar before. It is 3:00 am. We are at Amika in the hopes of meeting the same maybe-crush from much earlier in the evening. He is downstairs. We are upstairs. He texts, Marshall texts. We wait 45 minutes and go downstairs. She does not text him to tell him that we are downstairs, and she does not text him to tell him that we are leaving.

In every interview ever written about Chan Marshall, there is mention of her breaking into a chorus of “Do you hate me? Are you mad at me?” At a karaoke bar somewhere around 4:15 in the morning, this chorus begins over the Shania Twain song on the jukebox—it is exhausting and terrible-feeling. The very last track on The Greatest is called “Hate” and the session musicians are gone, leaving Marshall alone with her guitar to sing the last lines of the album, Hey, come here/ Let me whisper in your ear/ I hate myself and I want to die/ Do you believe she said that?/ Can you believe she repeated that?/ I said I hate me, myself and I/ Said I hate myself and I want to die. The song ends with a few chords from the guitar that seem to pick up momentum but then trail off into nothing. Then there is a long silence—almost long enough to make you think it’s deliberate, but not quite enough to make you sure that it is—and Marshall’s voice echoes in from the darkness of a finished track and asks, “You get that?”

No one, of course, is mad at Chan Marshall, and few question her—but she likes to second guess herself. Perhaps these feelings of inadequacy act as security blankets or artistic muse or maybe she can’t control them at all. Perhaps it’s why she keeps putting herself at risk in places like Miami or New York or LA— where she feels untethered and small and lonely, where she can keep leaving without saying hello or goodbye, and remain inspired to make music out of all that hurt. Maybe, Marshall is mourning something that never happened, someone she never met, someplace that was never hers, but one that she already misses. What a lovely, impossible way to live.