Twice a month, John Francis Peters talks to image-makers about their long-term projects and how they approach their work and subjects. This week he talks with frequent photo contributor Gabriele Stabile about "The Refugee Hotel," a long-term essay. A portion of "The Refugee Hotel" ran in the FADER #57 photo issue. Currently, Stabile and writer Juliet Linderman are raising funds via Kickstarter to facilitate the final push toward book project completion. Check it out.

I’m really excited you’re making a book out of this project. I think it's an incredibly important topic and I respect your dedication to the story. I'd like to talk about the moment you're at now with the project, with the goal of it becoming a book. As you begin to revisit the subjects, does the book making process influence how you're navigating the story?
First off, thanks to you and FADER for the undying, passionate support. This story first came out in the pages of the magazine a couple of years ago, and I feel honored it made the photo special issue. To get to your question, the book making process always had influence, in a way, because I always thought that this story really works better as a book, on a wider, more relaxed narrative than as a twelve picture story. So the actual pace of the storytelling, going on in my mind when I was about to embark towards yet another trip to a refugee hotel, was constantly informed by this idea of presenting all of this material in book form. Refugee Hotel is a strange story, really, I still find it very atmospheric, in the sense that the focus is more in the atmosphere of the photos than in their actual content.

It's a little bit like a maze, easy to get in, difficult to get out, without a proper end or a coherent, linear narrative. But at the same time,  the linear narrative is something I feel older photographers were really worried about, it belongs to another generation of authors. I hope the book looks very impressionistic when it's printed, very much like a series of memories. I would love to stretch the incoherence of it all. 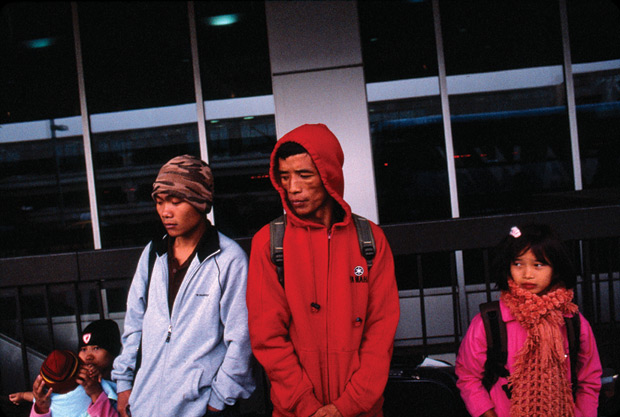 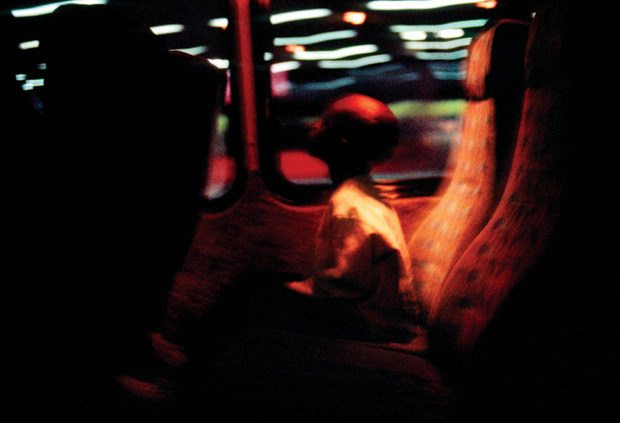 Does collaborating with Juliet, who's writing for the book, inform/affect your process? Does working in tandem help you push each other in new directions?
We kind of agreed on keeping the text very informative, elegant and dry. Both to satisfy the curiosity of the people who will buy the book to know more about this particular issue, displacement/resettlement, and to fully respect Juliet' s approach, background and aspirations which are downright journalistic. 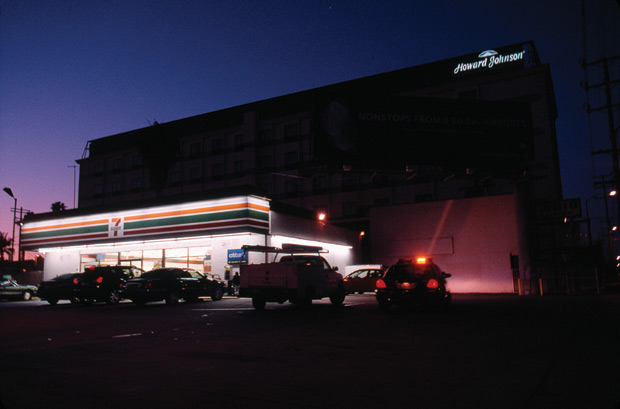 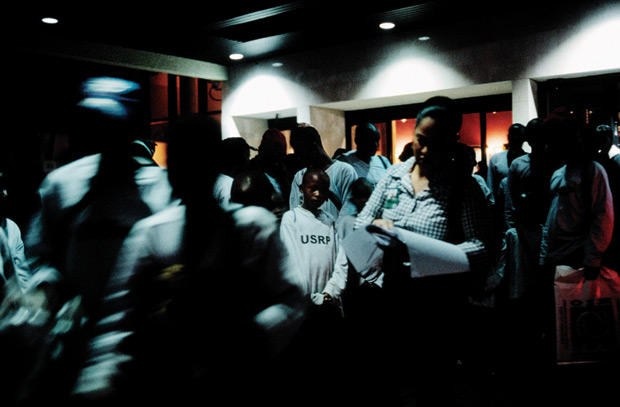 Since you're from Italy, but have lived in the US for some time now, you have seen two views of immigration. If given the opportunity, do you feel there are benefits for these people to come to the United States over elsewhere, like EU nations? Do your subjects have a choice as to what country or city they go to?
Well they usually get resettled where there are members of their communities already, family, friends, fellow citizens of their country of origin. Sometimes there are conflicts, people would like to move, or go somewhere else. Sometimes you see Africans going to Minneapolis in the middle of the winter and Eastern Europeans going to Fresno, CA, and you start doubting their chances of merging into that reality. But, jokes aside, there are terrific, vibrant communities of refugees all across the States that remind me a lot of the immigration fluxes of Europeans towards America at the start of the last century.

I don't know if they benefit particularly of coming here over another western country—but I know that America will benefit from their presence, and hopefully these two entities will influence each other. America is a concept that in my eyes really represents a sense of constant change and possibility more than a fixed set of values and rules and customs. Who knows, maybe I'm too romantic, too European. 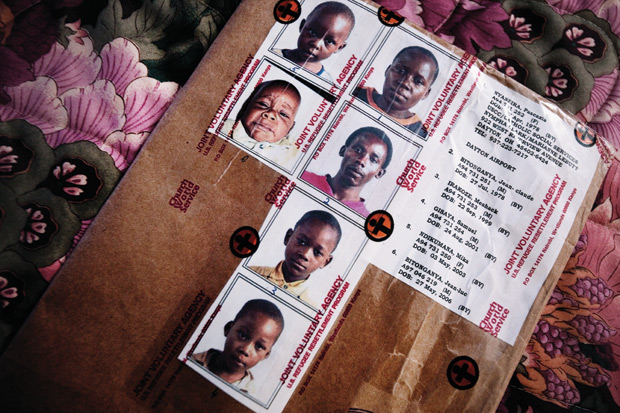 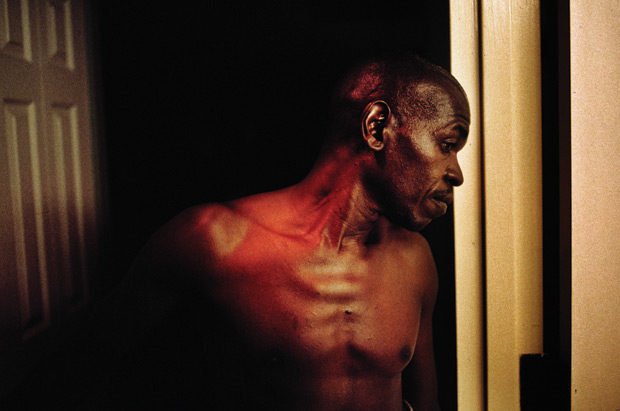 I was recently in Des Moines Iowa and while driving through a kind of run of the mill neighborhood, these two African girls came wandering down the street in the most beautiful, traditionally colored dresses. Floating amongst that kind of very “Americana” scene, it was stunningly surreal. Many smaller cities across American have been the first hosts to these new immigrants. How does a city help acclimate these people to such foreign settings? And do you feel the immigrants find these smaller American cities appealing in some ways over an NYC or LA sized metropolis? Or are small places lonelier?
The immigrants, just like my Italian ancestors would do in the Lower East Side tenements, really stick to their communities, when they are forced to resettle in such a different, distant environment. That said, I believe that today big cities like NYC could offer a lot to foreigners, because they have already written in their DNA how to accept and how to integrate immigrants. In small cities the contrast is starker, more evident. But at the same time, people from small communities are less cynical, maybe more apt to open their doors to foreigners than we city people are. 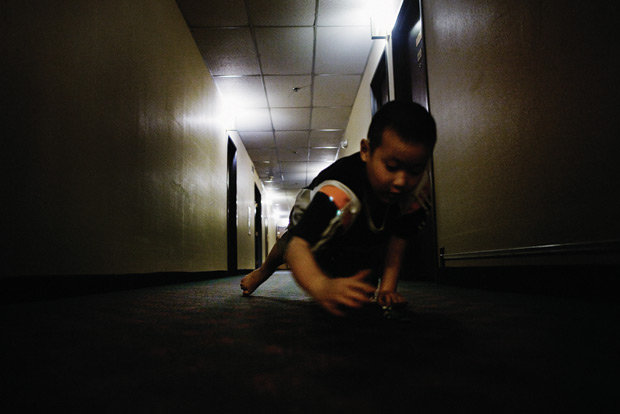 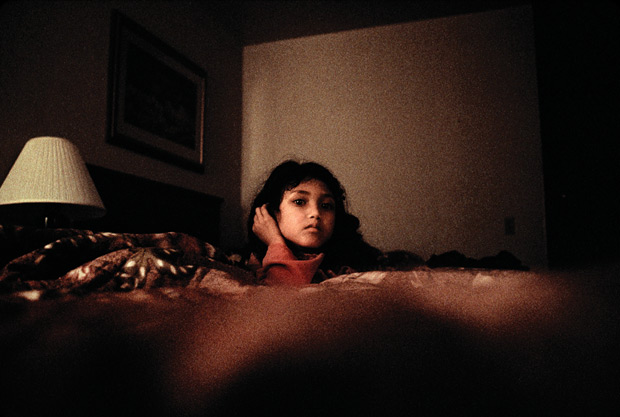 Do you ever refer to past immigration waves into the United States and draw parallels when making pictures, maybe like peering into the past and future at once?
Yes, I do, and I stupidly bought a lot of books on Ellis Island since I started working on this project, and I look at a lot of Jacob Riis' stuff, of course.
I hope we are putting out a document that will stand and continue to prove its value years from now, and at the same time I hope I will be able to capture this ever changing idea of America I had since I came here to study photography in 2007. These are the goals we set for ourselves, this is what we're trying to do. For me, documenting this issue will always be the other side of making sense of it all. 'All' meaning my whole experience of living in America.

When will the book be finished?
It should be done by the start of the summer, to come out in the fall. We are kickstarting part of the budget to cover a few last trips we feel are necessary, I am trying to travel light and to take always the longest way around, since the scope of the project is also about photographing America itself, or my idea of it, at least. I'm supposed to shoot a Burmese family tomorrow in Charlottesville, VA and I'm taking the train at three AM, from NYC to DC, then the bus to Charlottesville, just to see the country, you know, to travel with people I don't know, to places I've never seen, and to shoot it like crazy in the meantime. Super 8, digital, BW 35mm, we're going for broke. 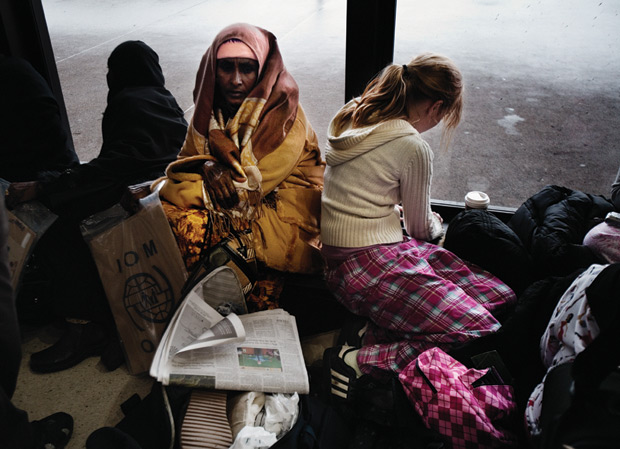