In New York, you can take a guided tour of Harlem, Central Park or Museum Mile. In London, you can visit key Beatles-related sights, stepping off a double-decker to stroll down Abbey Lane. And, in Norway, you can see where a handful of Satanic metalheads burned churches in the early ’90s. Before becoming a global phenomenon, black metal first left its hateful paw prints on the city of Oslo, where the scene originated and imploded in 1994 with the murder of its leader, Euronymous, by frenemy Count Grishnackh. If you are lucky enough to be in Oslo in late April for Inferno Fest, Anders Odden, former bassist, will take you around a handful of crucial locations in black metal history. Don’t worry, it’s not scary. Helvete, the record store Euronymous owned, is now a bakery, and Odden has arranged for them to serve free coffee to intrepid tourists.

Click through the pages below for a tour of Oslo's Black Metal landmarks. 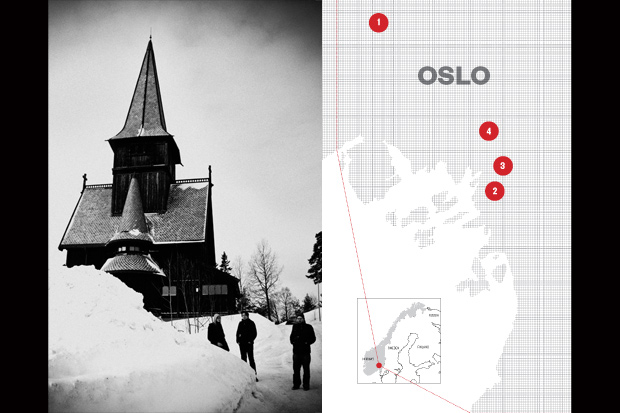 1. Holmenkollen Chapel
Located at the top of the city, close to another, more prominent Norwegian landmark—the country’s biggest ski jump—Holmenkollen Chapel was burned down by Varg Vierkenes aka Count Grishnackh in 1992. The elevation is a matter of status, and, as a result, when the church burned, you could see the flames from across the city. It’s since been rebuilt and, curiously, painted black. 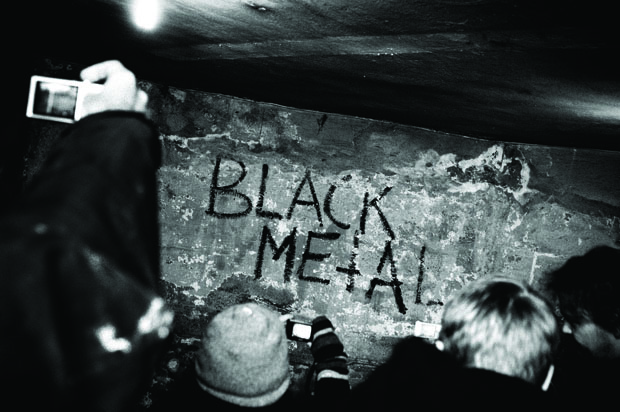 2. Helvete
As a result of the last 15 years of gentrification in Oslo, the street where Helvete, Euronymous’ record store, once stood has become quite charming, and the storefront is now split between a young fashion label and a family-owned bakery. The tour takes a pit stop there for coffee and a shaky trip down to the low-clearance basement, where the “Black Metal” graffiti—still scrawled across the wall—once stood as the backdrop for many a promo shoot.

3. Euronymous murder site
Just like the Dakota, the New York building where John Lennon was shot, the plain brick complex where Euronymous was murdered—fleeing his apartment out into the street where he was ultimately stabbed—is simply an anonymous place where something horrifically tragic has taken place. 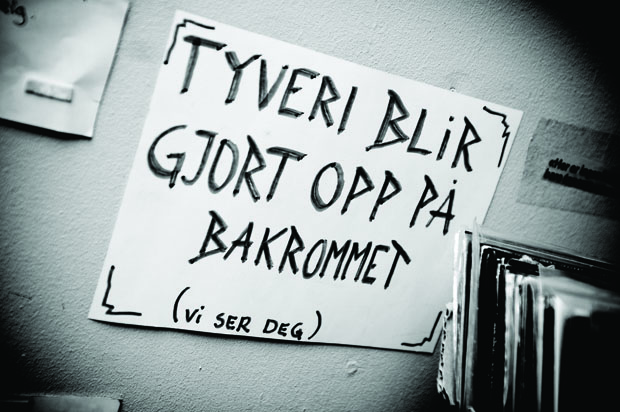 4. Neseblod Records
Depending on your music taste, Neseblod Records may be the best record store in the world. Or it may be a place to buy some really expensive black metal artifacts. Either way, because you’re in Oslo, arguably the friendliest city in the world, even the peddler of billion kroner OG Mayhem T-shirts smiles at you on the way out.