Everybody Loves Our Town: The Oral History of Grunge

It’s hard to tell where the reality of grunge stops and its post-coital nostalgia begins, so quick was the world to jump into bed with Nirvana, Seattle and flannel. Punk might have had a few moments that revolutionized the way people looked: The Sex Pistols’ safety pins or Henry Rollins’ bare chest and tattoos. But grunge was perhaps the farthest reaching. The bedroom habits of teens shifted to greasy hair, clothes that billowed instead of cinched and an attitude toward parents that seemed less about teenage rage and more about luxuriating in apathy.

In an attempt to trace the real roots of grunge, journalist Mark Yarm compiled an exhaustive oral history from the people who lived it. In his book Everybody Loves Our Town, there are interviews with everyone from the early adapters to those that were late to the party, but nevertheless helped extend its shadow of influence by turning it into a look for the world to emulate. Marc Jacobs’ fashion pedigree might not have meant much to the scene, but it did a lot to seal grunge as a style movement when he designed plaid with panache for Perry Ellis. Clothing racks still haven’t shaken grunge’s influence, either. We grabbed some quotes from the book in an effort to try to figure out when grunge became just another look to pull out of your closet. 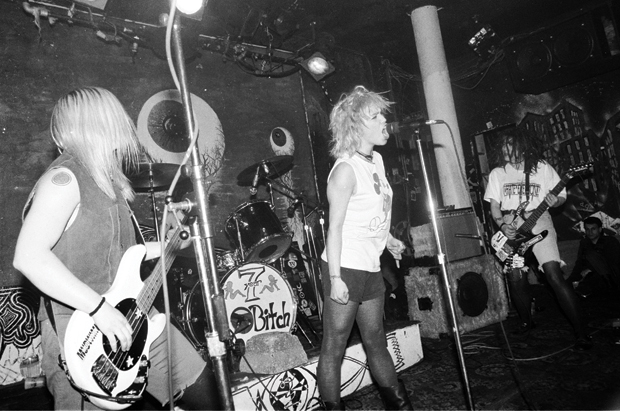 ERIC JOHNSON: Soundgarden/Pearl Jam tour manager
I met the Soundgarden guys when I booked a show in Ellensburg in ’86 or ’87. They all had work pants on and boots rolled up, and Chris looked like he just got done workin’ in a steel yard. I thought they looked so cool.

BOB WHITTAKER: Mudhoney manager
Everyone was wearing their parents’ beat-up mountaineering clothing, their crappy down parkas, and flannel and stuff like that.

MEGAN JASPER: Sub Pop receptionist-turned-Vice President
There was a U. K. magazine called The Sky that called up saying, “Maybe you can give us some words people in Seattle use?” So I threw out some lies to them…someone at The New York Times heard there was a lexicon that existed. So they called Sub Pop… I said, “Why don’t you give me words, and I’ll just give you the grunge translation?”… I kept escalating the craziness because anyone in their right mind would go, “Oh, come on, this is bullshit.”… And a few days later, it was a huge thing on the front page of the Style section. So the editor of the Style section called and yelled at me. She’s like, “It caused a lot of problems here, and it’s irresponsible of you to lie to our reporter.” 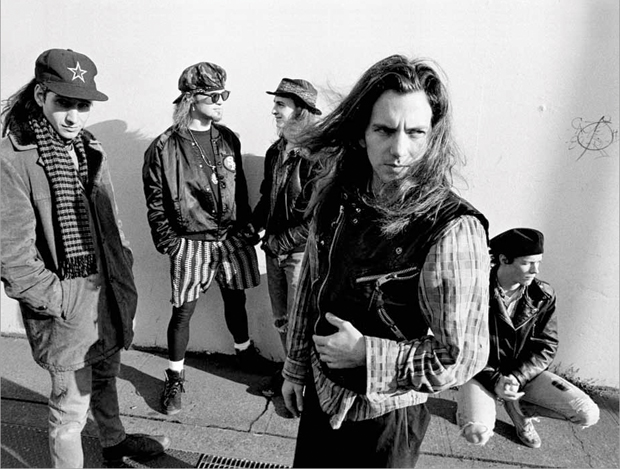 LINDA DERSCHANG: Linda’s Tavern/Basic clothing store owner
I owned a store, Basic, that carried the stuff that people wanted to wear—the purple hair dye and Doc Martens. Sometimes 16-year-old boys might be trying on a pair of Doc Martens, and one of our salespeople, Tammy Watson, would say, “Well, [Chris Cornell] was in here last week and bought that exact same pair of cherry-red Doc Martens…” I’d just roll my eyes going, God. He was not! Kurt Cobain did used to buy hair dye there. Some kid would come in and ask, “Do you know what color Kurt bought recently?”

MARC JACOBS: fashion designer
We were fired from Perry Ellis. I think there were a lot of reasons. People love to attribute it to the fact that this grunge collection was so controversial and outrageous and whatever...

NEAL KARLEN: Babes in Toyland biographer
“Kinderwhore” fashion was personified by the babydoll dress, clothes that would look Lolita-ish on 25-year-old women. Kat Bjelland from Babes in Toyland took that fashion on as this sort of symbol of her music and who she was. And it became a big deal when Courtney became so big and claimed this look as her own. She ripped off Kat’s act.

COURTNEY LOVE: Hole singer and guitarist
Marc sent me and Kurt his Perry Ellis grunge collection. Do you know what we did with it? We burned it. We were punkers—we didn’t like that kind of thing.

style / Features
Everybody Loves Our Town: The Oral History of Grunge