Footnotes is the section in our magazine where we take a deeper look at the music surrounding our feature artists. Read Amber Bravo's FADER #78 cover feature on Gerlan Marcel here, and check out our notes below.

Patrick Kelly’s Beaded Heart Dress, 1986
Hailing from Vicksburg, Mississippi, Patrick Kelly was an African-American designer who upended Paris fashion by poking fun at the city’s self-serious fashion heritage, sending over-the-top, bedazzled leopard print outfits on models with giant hair down the runways. His beaded dresses with hearts shaped out of mismatched, vintage buttons are Kelly’s most famous pieces, an ode to his grandmother’s mending methods tacked onto the chicest cut black dresses. Recognizable symbols like yin-yangs, peace signs and smiley faces are modern day stalwarts of teenage girls’ wardrobes, and Kelly was early in anticipating how fashion brands could learn from and appeal to teen tastes, turning candy hearts into haute couture. If he hadn’t died at 35 from an AIDS-related illness in 1990, he probably would’ve had a collaboration with Target. DD 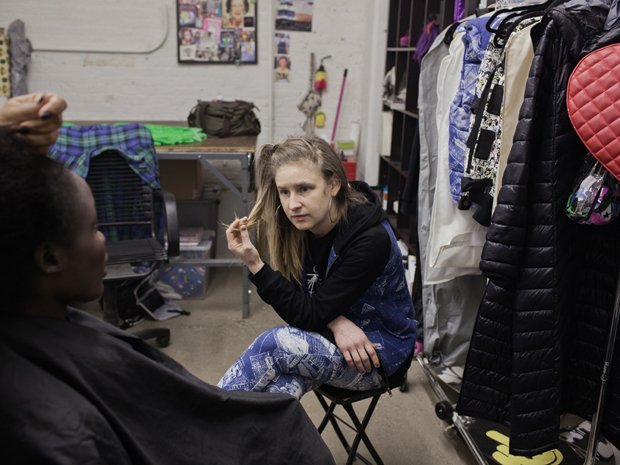 Louis Vuitton Murakami Collection handbags, S/S 2002
When Louis Vuitton designer Marc Jacobs asked Japanese artist Takashi Murakami to redesign the centuries-old LV logo, the iconic symbol of wealth and travel, he produced Vuitton’s first line of bags that appealed as much to the nouveau riche as it did to aristocracy. Murakami, widely known for his wild paintings of flowers with smiley faces, found his campy, candy-colored LV bags had the same commodifying effect Andy Warhol’s bright colors had on Marilyn Monroe. The bags’ popularity sparked a decade-long obsession with women’s handbags that’s practically overtaken the fashion industry. AF

Jeremy Scott’s Cheeseburger Sweatshirt, F/W 2006
Marcel used to work for designer Jeremy Scott, who’s currently the most buzzed about proponent of pop art fashion. Scott’s known for his very trashy, LA glamour, but a sweatshirt in the shape of a cheeseburger, complete with 3D lettuce and shiny American cheese, was the first time I realized that he was also well versed in the world of streetwear. Though he has never garnered much attention from Vogue readers, the internet gave Scott instant access to kids that had never been invited to runway shows. This sweatshirt reached through the screen out to the hungry, young fashion fans who live for bright colors and ridiculous sneakers. Perhaps it precipitated Scott’s ongoing collaboration with Adidas. AF 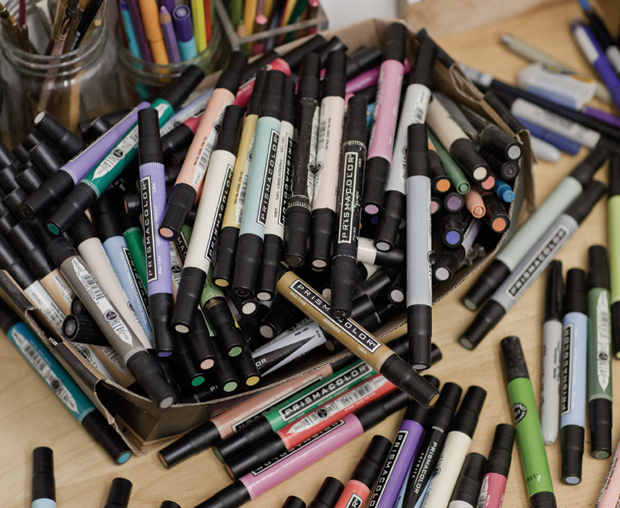 Gerlan Jeans’ “We Come in Peace” Alien Dress, F/W 2009
Marcel is a trained textile designer, which is why almost all of her collections start on the page of a sketchbook. Only a select number of these drawings ever become outfits, but even fewer become so canonized as the alien lady drawing on an oversized, sequined tee/dress, that ended up being one of 13 outfits Beyoncé wears in the video for her and Lady Gaga’s “Video Phone.” Being one of 13 may seem like tough odds, but when you’re the only fresh, peaceful alien in a slew of anonymous, hyper-sexualized pin-up shorts and bustiers, it’s easy to stand out. AB

Gerlan Jeans’ “Open Heart” Jean Jacket, F/W 2011
With her “God Bless These Jeans” F/W 2011 collection, Marcel fully solidified her mission to bring back the spirit of the great denim lines of yore. Here, you see patterned riffs on the old triangular Guess logo from the ’80s and an overt nod to Jean Paul Gaultier’s diffusion denim line, Gaultier Jeans, in her own logo’s distinct kerning and stencil font for the word “jeans.” The “Open Heart” denim jacket is a technically sophisticated standout with its open lattice work on the sleeves and back, the latter of which is fashioned into the shape of a demure, yet revealing heart. A billion middle school girls would’ve begged their moms for this jacket at the mall in 1988, and I think that’s precisely Marcel’s intention. AB