Gabe Nevins was a teenager when he was casted to star in Gus Van Sant's 2007 movie Paranoid Park through an open call put out to local skate shops in Portland, OR. He'd thought he was auditioning to be an extra, but, even with no experience, and perhaps because of his unselfconscious air, Van Sant liked him so much that he was offered the lead role of Alex, a young kid who accidentally murders a middle-aged security guard. The movie garnered a lot of acclaim, debuting at Cannes, and Nevins was anointed an unlikely teen heartthrob in magazines like NYLON and Teen Vogue.

It seems that portraying a scared lost kid in trouble turned out to be somewhat prescient for Nevins—it's been rumored that things have not gone well for him, but few seem to know exactly what he's been up to. The photographer Nick Haymes struck up and maintained a friendship with Nevins after shooting some press photos a few years ago and says that Nevins disappeared around the time of his 18th birthday. Nevins had spent time living on the street, sporadically reaching out to Haymes through Facebook and e-mail. They would intermittently spend time with each other, and Haymes would always make sure to snap photographs, even when Nevins was suffering through a bout of psoriasis that had left him with red pock marks all over his body. This March, Haymes released Gabe a collection of his photos of Nevins, collecting and tracing his life from his youth to his more troubled years as a young adult. 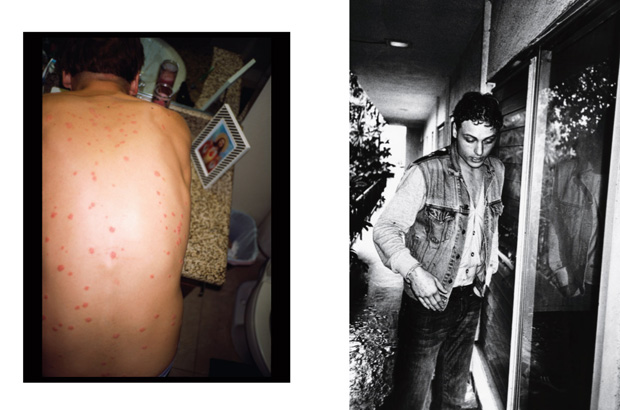 When I requested an interview with Nevins and Haymes to talk about the book's release, Haymes told us it would be difficult to get in touch with Nevins because he was in jail, but assured me that he was heading down to L.A. to try to secure his release and would do his best to put us in touch. I sent some questions along, and Nevins responded to me just a few days later:

I just got out of jail. 2 months incarceration. So now I'm living in the back of a old ’80s van with a nice bed in the backyard of some land my friends own. Got the best sleep I've had my whole life last night, way better then a cement slab. It was pretty nice, caught up on some sleep since I've been homeless the last few years, never really found a home when I first stopped hitchhiking and left the gutter streets of SF. Some good things that have been going on is chasing tail, I've been locked up for awhile sharing a room with 6 people so I couldn't even get a bloody wank in if I tried. I'm out for blood.

After interviewing Haymes and Nevins, the book itself started to make me uncomfortable. Not because I thought Nevins' role in the book wasn't consensual—quite to the contrary, Nevins' e-mail seemed to display a lot of affection for Haymes and for the photographs—but I just wasn't sure how I felt being complicit in a documentation of his demise. Artists like Van Sant have always found romance in bleak youthfulness, from River Phoenix in My Own Private Idaho to Nevins in Paranoid Park. But what happens when life imitates art? By writing about this book myself, am I just perpetuating a media obsession that I don't really support, that I don't really believe does justice to the actual cost of a tough life? 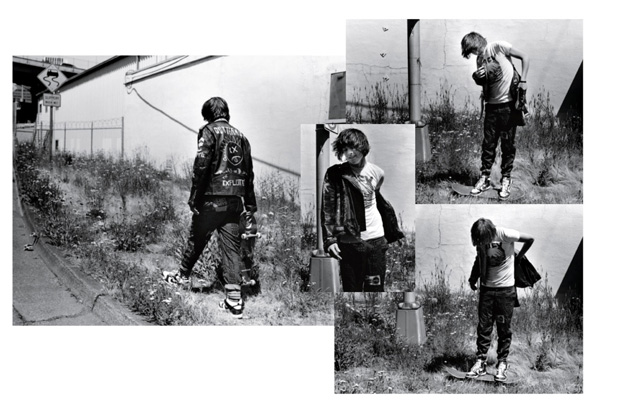 Nevins assured me by e-mail that he loves Haymes' photographs and was comfortable with them being published out in the world, and I decided that I have no reason not to believe him. "Nick is the father I never had...." he said in the e-mail. "All I'd like to say is I hope this book gets me somewhere I havent visited or places in my head I haven't been." And in a long interview, which we did decide to publish, Haymes seemed sweetly paternal, worrying about him like a dad and hoping for good things to come to Gabe's life. Click through to read the full Q&A. 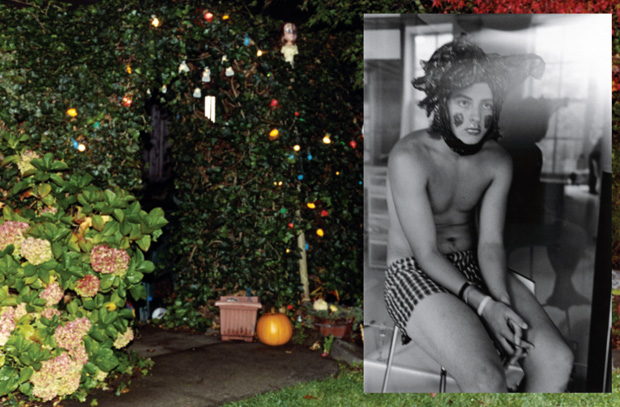 Tell me how you got to know Nevins? I was given a commission when I used to shoot for magazines. He was doing a skate movie and I photographed skateboarders and he'd seen some of the pictures online. He was was like Oh, super excited, You've taken my picture, I know your work. You know, it was that sort of relationship and regardless of age difference, we struck up a sort of good relationship because we had some common interests.

What is it about Nevins that you found interesting as a photographer? I suppose at a certain age, there was something a little bit mysterious about him that you couldn't pin down. For me, as a photographer, I saw that. I was just very intrigued by him and I also wanted to do something real with my photography, very American-driven, and youth culture within the US was quite intriguing to me at that time, so he seemed like an ideal subject. He had all these situations happening to him in his life that made it a little more interesting a well. So that's what first sort of drew me into him.

But then he sort of drifted out of commission for a little bit. When I started photographing him he was, what, 15, something like that? And then it was about his 18th birthday, or late 17, that things started to go a little wrong with him. And that's when he took off and became homeless.

Are drugs a big part of it? I think so. I think—you know, you can pretty much guarantee it. 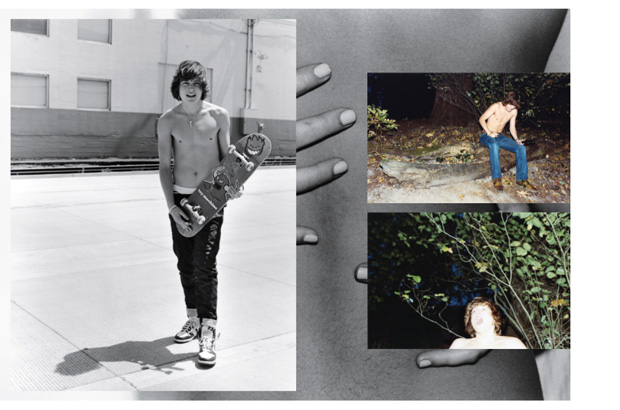 Were his parents around? It's just his mother. His father isn't alive, it's just his mom. So, I knew them, I met them on set. I spoke with them. I said I wanted to take more pictures. I know how they feel, I’ve got children myself. My eldest is now 14, so when I first photographed Gabe, he was my son's age. So the relationship does become quite challenging. Because you become a sort of role model, but then you're also a friend, and then you're mentor, so it becomes quite complex the longer you spend with someone. It wasn't just a commission and then you leave the next day and you choose your pictures and it's done with it.

So he looked up to you. You’ve got to have a certain amount of trust when you take pictures of somebody. 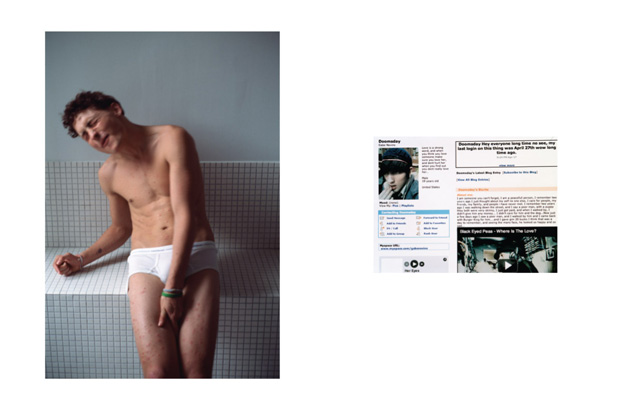 Did he have any inhibitions? He’s nude in a lot of the book. He's an open person. I think he's very welcoming. People like him very easily. He's very charismatic and very charming, which is probably some of the reasons that he survived so well when he was living on the streets.

How did you maintain contact with him? He had a cell phone, and I wanted to make sure he still had contact so I used to send him money so he could get minutes. And then, I suppose, he’d run into an Apple store or a RadioShack in every town to use Facebook because that's how people communicate these days. I don't have a Facebook account, but my wife did and that's how I eventually tracked him down. I had friends in LA and he used to always e-mail me and I saw he was online at the time and I was like, "Where are you?" And he told me where he was and I said, "Stay there and don't move." And I had someone literally drive out and pick him up and, you know, give him some food and shelter until I got there. And that's how I managed to find him. We continued taking pictures, but you know, now he’s back in a tricky situation which I'm trying to figure out at the moment.

So you're in the midst of it still. It's quite odd, and then it's odd when you're trying to make an artist's book out of a project that's quite close to you because you have to really try and be respectful to people. 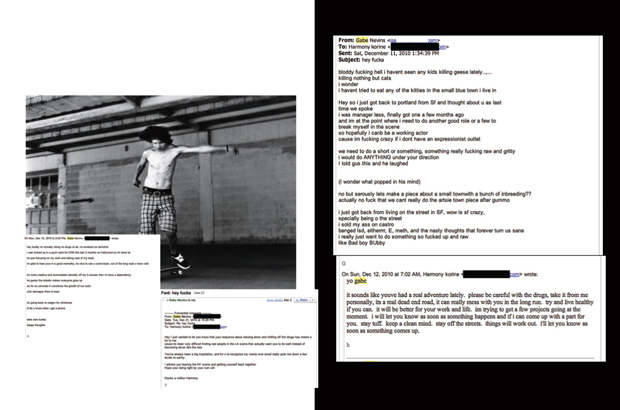 Do you ever worry that, since things aren’t great for Nevins, that this book could be viewed as exploitative? Always. I'm not that cold and callous. It always goes through my head. I wish you didn't have to think about the consequences. But then it's also my own sort of artistic statement and you can make what you want from the book. A lot of it doesn't answer questions but sort of leaves it up for the viewer as well.

Why do you think this kind of subject matter continues to interest us? I'm afraid the darker side is always scarily romantic. No matter how bad the outcome is, there's always that sort of romance with youth and darkness, a particular time in people's lives, and outsiders in general, I think. It's quite bad that it's such a fashionable thing, but it just has that allure doesn't it? 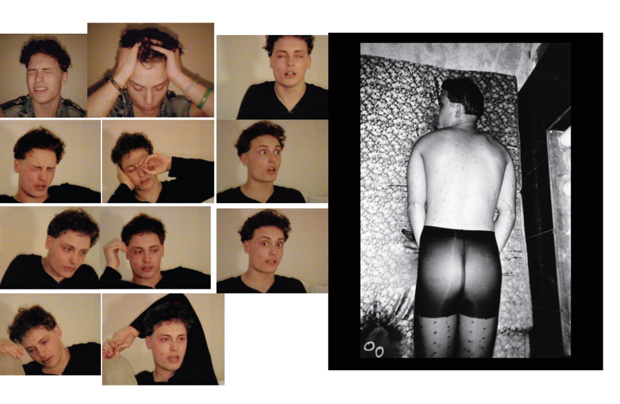 Is there a difference between romanticizing it and documenting it? I try not to romanticize when I'm taking photographs because I don't think that's always a good thing. But I'm also not cold and impartial, because you do form a relationship. So you tread on both grounds, I suppose.

What do you hope for Nevins? The last thing I want for him is to end up dead. I want the best for him and I hope he's gonna figure it out. You know, you try not to think about the worst-case scenarios. At times during the project, of course, I did. But so far he's okay and I hope he's going figure it out and get on the right path. But ultimately, I can't do that for him, you know, you can't also hold hands. People do have to figure it out and get on with it.