Live: Øya Festival in Oslo, Norway

Stretching Out at Norway's Øya Festival

I remember when I figured out that my first high school girlfriend was a "festival person." One night she popped up on Facebook, very excited to go to Coachella or Sasquatch or Outside Lands or Treasure Island. It doesn't really matter which. The lineup hadn't been announced, but she was all set to buy tickets regardless of who was playing, which, I assume, was a practical choice as much as it was one that came from a place of genuine excitement. The appeal of festivals isn’t just that a lot of bands are playing in one place, it's also about the experience. If you go to one, something might happen. If you go to all of them and you paint your face and maybe do drugs and definitely get drunk and twirl in the mud with six of your closest friends and then also 20 of your new closest friends that you just met, you'll for sure make memories.

I don't begrudge her for wanting this, but her post did make me realize that many music festivals have become less bizarre versions of Burning Man, where the spectacle overtakes the actual music. If you're not there for the bands, what are you there for? Is the festival the new post-grad backpacking around Europe adventure? Do you gain perspective? Learn a life lesson? Are we okay with this? Should we be?

The short answer is yeah, sure. In the last ten years, music's gone from something that most people cared about and paid for to something that everyone loves and no one pays for. Everyone's more informed in the broad sense, but very few go deep. Music is the soundtrack to experience, and the festival is now the experience. I've been to my fair share of these things, both in the US and abroad. They’re generally good, some of them are great. The only way they can be terrible is if you try to see everything, which reduces the entire weekend to a series of 15-minute, distracted concert viewings. 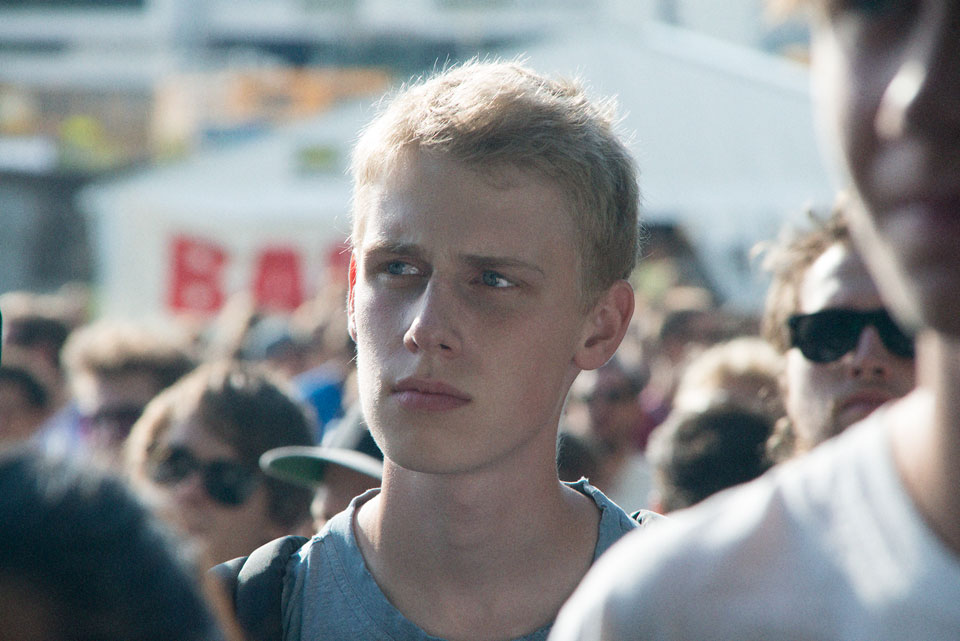 That's why, at this year's Øya Festival, in the very beautiful, very efficient, very clean and very, very expensive Oslo, Norway, I took a new approach. I tried to watch as many complete sets by bands as I could. If that meant I missed something, then that meant I missed something. Øya's already one of the better festivals, booking of-the-moment bands next to regional favorites next to living legends, and giving them time to play full sets while surrounded by people that are generally much taller and more attractive than you or I will ever be. (If you are one of those tall, attractive people, congratulations, you have great genes and all of Haim seemed totally willing to date you when they played on Saturday afternoon.)

But that happened much later. On Wednesday, Mount Kimbie played a dynamic set, largely abandoning the tiny, intricate worlds they built on Crooks & Lovers in favor of songs that swooped and soared. It was a generally bigger sound, which was likely designed to better reflect the material on their recent album Cold Spring Fault Less Youth. It's not often that a band you see on the smaller stage in the middle of the afternoon on the first day of a festival has such an impact, but Mount Kimbie pulled it off.

At the other end of the spectrum, Wu-Tang Clan’s live show suffered from an array of sound problems. Microphones cut out, and when they didn't, everyone's voice sounded wrecked anyway. Still, hearing the opening synth squiggle of "4th Chamber" was enough to rile the massive crowd. Wu-Tang are sitting on a mountain of great songs, and hearing them live—even sort of—was exhilarating. Wednesday’s highlight, though, came from Tame Impala. Possibly as a result of endless touring, the band's live show was newly experimental and fluid, almost jammy. The band’s songs mimic the texture and flow of electronic music, with a steady emotional buildup leading to a cathartic explosion. Seeing Tame Impala on the main stage, dragging their songs through cosmic ambient passages as the sun was beginning to set, it felt like frontman Kevin Parker had finally let go of the rigid structure that’s defined Tame Impala’s recordings. 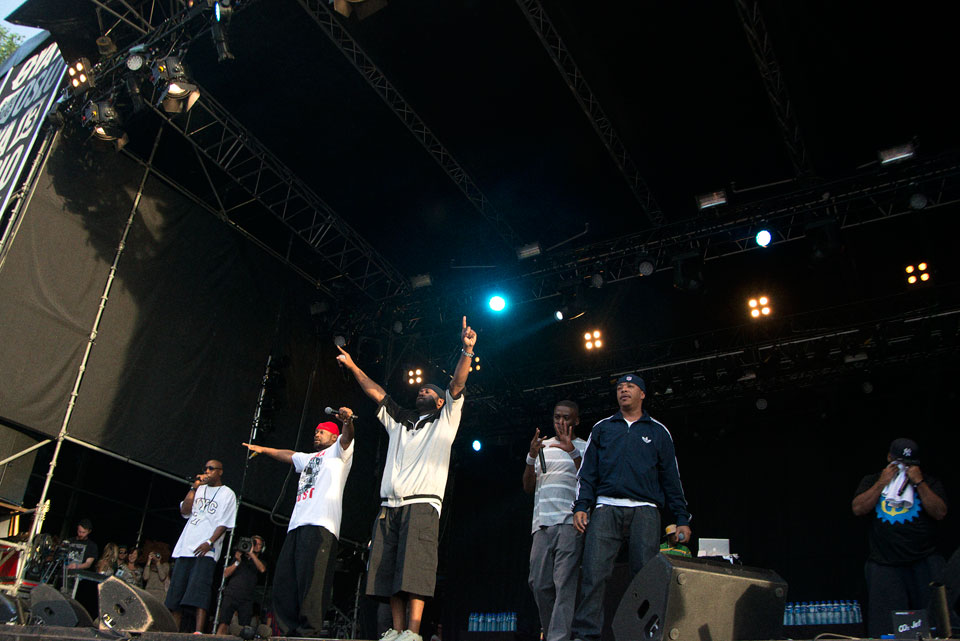 On Thursday it rained. And the audience—in their search for an experience worth remembering—was forced to treat the rain as a part of the music. They cheered when the sun broke at the height of their favorite song and grinned through a day of wet socks and muddy ankles. As strained as this attitude has become—let's be honest, the original Woodstock was a long time ago—it’s true that the grim weather contrasted nicely with many of Thursday’s bands, who provided warmth when nature didn't. Dungen jammed through a set of proggy psychedelia—"Panda," from 2004's Ta det Lugnt is still a perfect song, all gooey and warm and catchy. It feels timeless, and managed to make the grey day seem bright.

In the ‘90s and early ‘00s, it was uncertain whether Chan Marshall, aka Cat Power, would actually show up to play her shows, or play complete sets. Now she certainly does, but while she’s overcome her problems with performing live, her show remains idiosyncratic. At Øya her set largely drew from the material on last year's brittle and drum machine-heavy Sun, but dipped back into her older stuff as well. She ended the show by throwing flowers individually, and with great purpose, into the audience, then staying on stage to wave to the crowd, even as the interstitial music began to play and her backing band packed up their instruments.

Like his newsmaking verse on Big Sean’s “Control (HOF)” from earlier this week, Kendrick Lamar's live show is designed to position hims not just as a rap A-lister, but as the rap A-lister. While that may become true eventually, he’s not there yet. His Thursday set proved he had an effortless command of the stage, weaving through his complex songs without hiccups. As impressive as this was, it struck me that this Kendrick Lamar show was not so different than any other recent Kendrick Lamar show. The crowd and location may have changed, but Lamar seemed to be in his own head, everything pre-scripted and perfectly organized. I can't exactly fault him for having a professional show, but Lamar's an artist that thrives on honest emotion, and though he was technically dazzling, the performance lacked the humanness of his recorded work. 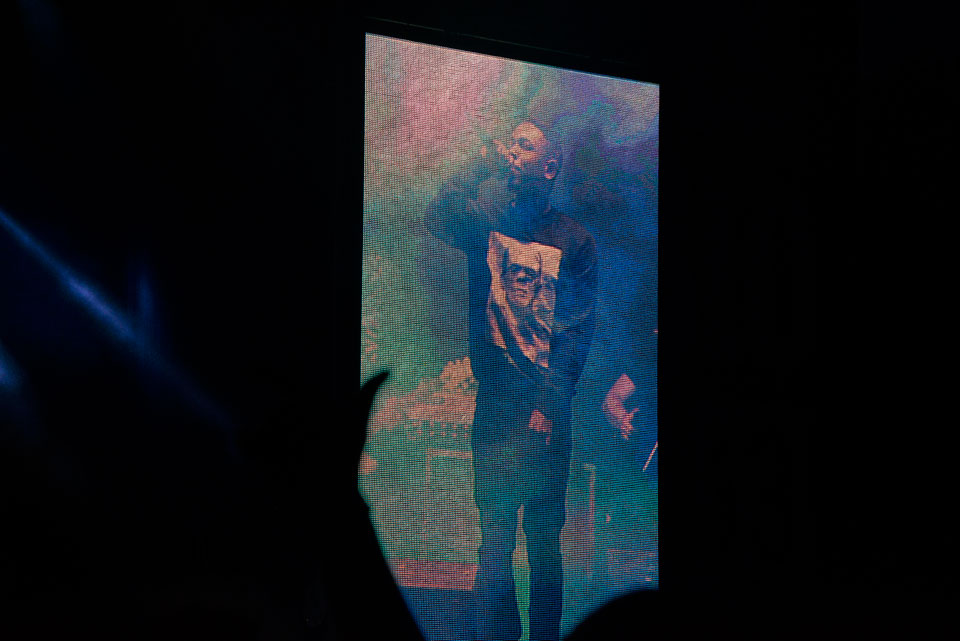 On Friday, I slowed down, watching James Blake move gracefully from bass heavy earlier material like "CMYK" to his more introspective and heartbroken stuff, mirroring the emotional dips and dives of actual life. Like Blake, Beach House are the sort of band you want to see start to finish. In a lot of ways they're perfect for festivals—their sound is textured and thick, often cathartic, but it also twinkles and rings out clear across open festival grounds. When they came out at dusk, which basically lasts forever in Oslo during summer, Victoria Legrand's voice floated huskily above a lot of lovelorn teenage stares, buoyed by oceans of red light and fog. Somewhere in the depths of my phone's photo album is a grainy picture of a teenage couple, the girl is looking up at the boy, the boy is hugging her and looking at the stage, possibly oblivious to her stare. I took it because it seemed like a nice moment, but I felt creepy right away. Then I felt old.

The festival’s final day was also its most consistently surprising. Haim, a trio of sisters, make music that is simple and direct. There's no hook beyond the fact that they're sisters and they're all great musicians. They're just making songs that aren't cool so much as just really good. They don't write small moments, instead hitting on the big regret and doubt that we all experience with the kind of broad strokes that only work if you've got your shit together completely as a songwriter. Where Kendrick Lamar thrives on nuance, Haim are the opposite, skimming the surface, but doing it so well you don't want them to go any deeper. 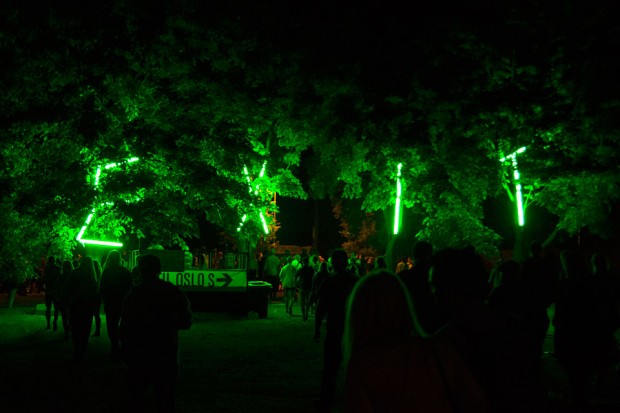 Haim and Kendrick have had big years, but the biggest event of the whole festival for me was The Knife. I can't have been alone in that—much of the conversation I had on Saturday was dedicated to what, exactly, would happen when they took the stage. The brother-sister duo's most recent album Shaking The Habitual is compelling but difficult. There are screeching trebly pings and abstract pieces that stretch endlessly. Throughout the day, I heard that they weren't even going to be on stage, and that instead it'd just be a dance piece. I imagined the songs from their recent record driving the audience away in droves as someone in a weird costume did austere modern dance. When a guy came out to pump the crowd up before The Knife came on. it was clearly tongue-in-cheek. He had a beard and was dressed like a freak folk weirdo reminiscent of circa-2007 Devendra Banhart, if Devendra Banhart didn't make music and instead was a Richard Simmons-esque motivational figure. As weird as this was, he was successful in getting the crowd riled up. Then the mood shifted. He split the audience down the middle, made them face each other and had half yell "YES!" and the other half yell "NO!" It was a manufactured moment of protest, but it was protest nonetheless.

All this is to say that The Knife are not an ideal festival band, and I'd assumed that they'd play into that by confounding the audience instead of working with them, but they ran through a set of material from across their entire career (though no "Heartbeats," as I'm sure the large majority was hoping). There were dance numbers, costume changes, bizarre visuals, all pointing to an alternate world where The Knife played award shows and festivals regularly, their art not niche and obscure, but big budget and widely accepted. Looking out at the crowd—massive, and surely exhausted after four days—I realized that that alternate world, in its own screwy way, was actually a reality. Here were The Knife, a duo responsible for some of the most difficult music of the year, closing out Øya. Festivals might be more about the experience than the actual music, but that doesn't mean there isn't still plenty of brilliance to be found if you take the time to look.