Why shouldn’t clothes feel as good as they look? Four designers reimagine comfort for the 21st century

When I was 10, I spent a week at a nice hotel in Jerusalem with my family on vacation. It was the first time I was in a foreign country, and I felt special and exotic, even a bit princely. On the first night of my trip, after an evening of feasting on dates and hummus, I took the elevator up to my room, which was decorated in gold and taupe. At that point, I felt like I owned the place and decided to change into a more leisurely outfit for a stroll through the lobby, hoping to grab a scoop of ice cream with my grandpa. My mom stopped me before I hit the first floor, wincing at my clothes: I had chosen a pair of boxer shorts, a big T-shirt and some tube socks. Apparently, what my 10-year-old self thought was the height of regal comfort wasn’t, to my mom, even appropriate for public viewing. What felt right looked wrong. I realized then that what comes naturally isn’t always what the world wants to see.

We can do better than Joe Boxer, but didn’t I have the right idea? My mom was probably correct that all of Jerusalem might find a 10-year-old’s bedtime attire a bit sloppy for good taste, but children don’t care about propriety, and it’s hard not think of my own youthful flagrancy as some kind of innocent symbol for what all of us humans want deep down: comfort. As adults, we pile on suits and hard-soled shoes, but I felt royal in soft cotton and bare limbs that day, and isn’t what goes on easiest and feels sweetest always better? I am not a historian, but now seems like the first time since the Greeks wore togas that we can dress as breezily as we want. The trouble is, while we got rid of the need to change into long gloves for dinner à la Downton Abbey, we forgot to consider what should replace it. And without any strict fashion rules, it’s become too easy to lose our direction. As a child, my innately kooky sense of comfort was at least age-appropriate, but adult loungewear is largely an anachronism. There’s a seemingly infinite number of things we can wear to feel squishy—flip flops, Uggs, hoodies, Juicy Couture sweatsuits, Crocs, Tevas, wraparound neck pillows. The only problem is that most of it looks like shit. What if our move away from the staunch rule of corsets and confinement wasn’t a gravity drop toward entropy and laziness, but a warm and fuzzy slide toward fashion freedom? Mary Quant, who invented the miniskirt, said she did so because it made it easy for women to run to the bus if their legs were free from the Jackie O pencil skirts that were popular at the time. There, we had form following function—a look inspired by ease of movement that was also super sexy. Think of all the places we could run if we were in sweats, not suits. And imagine if those sweats fit properly.

Lately, I’m not the only one hoping for clothes that mean we don’t have to decide between looking good and feeling good. Since reinvigorating the French house of Chloé alongside Stella McCartney in the 1990s, designer Phoebe Philo has had perhaps the keenest sense of how to blend fashion with the practical realities of how women in the real world need and want to dress. After a short sabbatical from fashion to spend time with her family, she reemerged as creative director at Céline in 2008. Her first collection was immediately lauded for shifting fashion into a minimalist tone, but there was something more subtle going on than just a clean, colorless palette of beautifully made wide-legged pants and leather sweatshirts: there was a slouch to the clothes that meant that even though they were the chicest thing on the planet, they felt light on the body. Raising young children while designing, Philo seems attuned to precisely what a modern woman might need from clothes. Her interest in comfort culminated with her most recent spring collection of loose dresses and shorts that made the models look as though they were swimming in silk, shockingly styled throughout with Birkenstock-y ergonomic sandals that she lined with dyed fur so that each step would be bathed in the softest of soft. But even if you think that’s ghastly, maybe we should all get more comfortable with comfort. Writing about the collection for The New York Times, fashion critic Cathy Horyn said: “I guess Ms. Philo didn’t feel like getting dressed. Seriously, though, who wouldn’t be tempted to throw a big housewife yawn at all the noir-satin looks on the runways? Who wouldn’t want to wear furry slippers all day?” Who indeed!

Luckily, Philo isn’t all by herself: we found four designers working in contemporary fashion who all play with the notion of comfort—En Noir, Eckhaus Latta, Assembly and Sister by Sibling—but who do so in truly different ways, so that no matter what look you’re hoping to cultivate—streetwear, avant-garde, androgynous or weird—you can do so in the coziest way possible. So as you gear up your fall wardrobe this year, relax, and take a load off.

Meet four designers who are doing justice to comfy clothes: 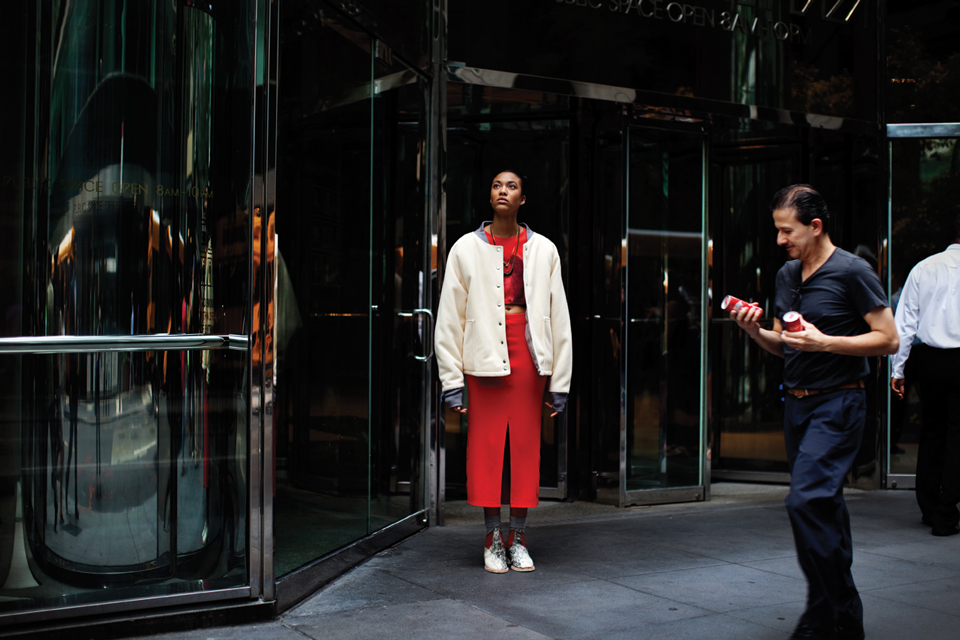 Eckhaus Latta
Like anyone who came of age in the past couple of decades, friends and collaborators Mike Eckhaus and Zoe Latta grew up in a culture of American chain stores, each one trying to outdo the next in the selling of comfort and thrift—Patagonia fleeces at Eastern Mountain Sports, Champion hoodies at Wal-Mart, Snuggies for the couch, Tevas then Uggs then Crocs. After graduating from the Rhode Island School of Design, the pair started their own line, Eckhaus Latta, to synthesize and deconstruct all that’s great and maybe a little terrifying about mass-market, fast-fashion mania. Each collection looks like what roving bands of refugees would scrap together if the suburbs turned to anarchy and the strip malls exploded, but the clothes are always made chic, with shreds of soft cotton hanging loose over transparent mesh pants and bulky coats hemmed to perfection. 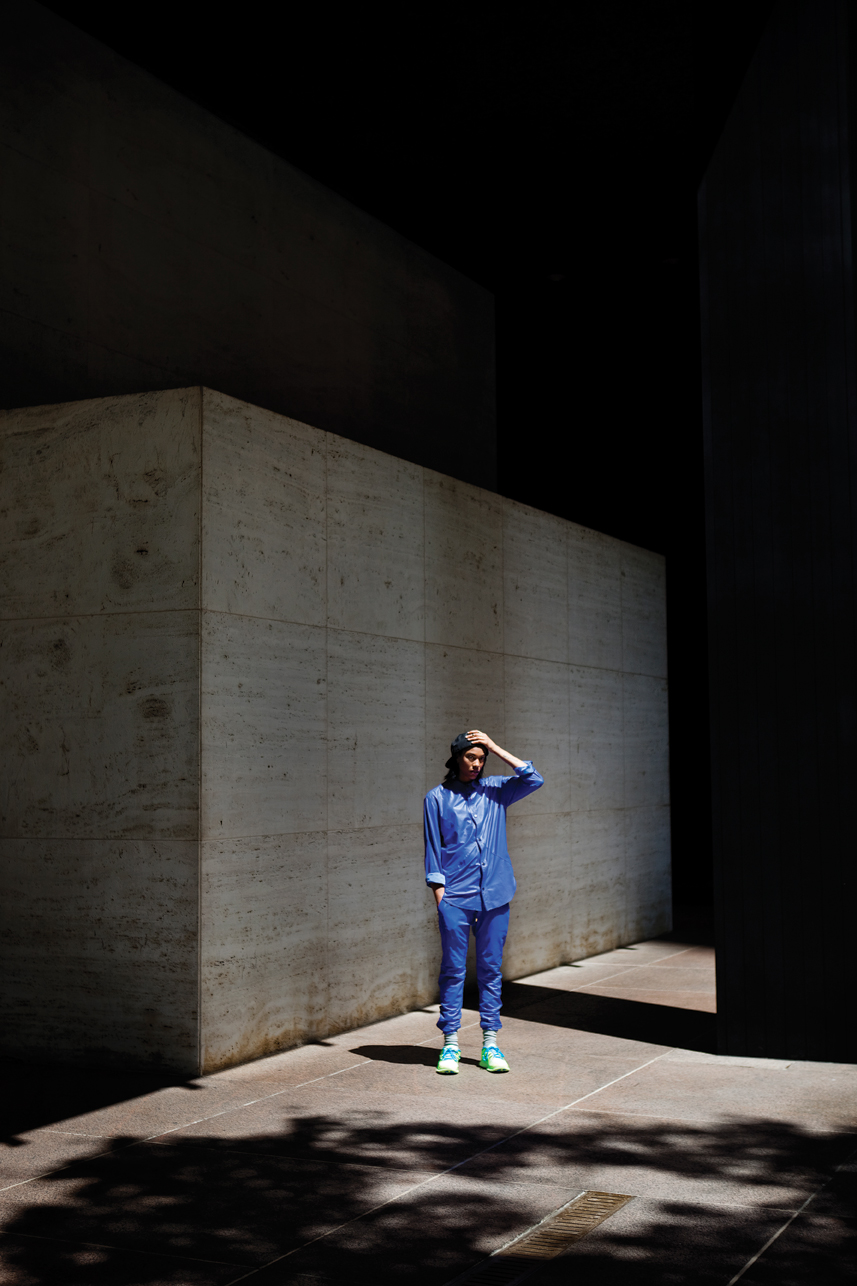 En Noir
Sweatpants were once synonymous with couch surfers and slackers, but En Noir has spent the last year giving the classic sweatsuit an educationin sleekness, keeping the slouch but losing the schlump. Founded by Rob Garcia, En Noir uses soft leather to usher the ease of streetwear into a smarter 21st-century incarnation. He filters laid-back staples like oversized tees through a prism of Parisian minimalism for a customer that’s graduated past logo-heavy clothes. It’s luxe and leisure at the same time for the fancy but cozy baller, clothes that Rihanna might wear while hanging on a private jet drinking champagne and Instag-ramming up a storm. 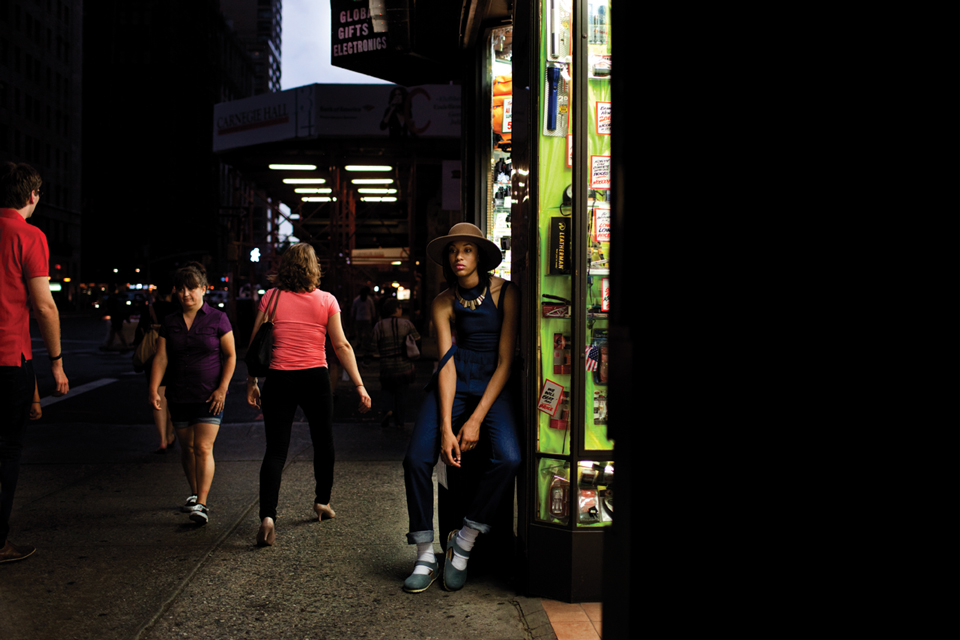 Assembly
Borrowing structured, more covered-up silhouettes from the boys is one surefire way for a lady to feel at ease, and Lower East Side boutique Assembly has crafted an in-house line that pulls heavily from 1970s Manhattan androgyny à la Annie Hall and Patti Smith. The store’s owner and designer, Greg Armas, has mastered sophisticated staples like workwear jumpsuits, camel coats, wispy wide-legged trousers and boyish blazers. Done in a mix-and-match color palette of taupe, tan, rust and denim, everything in Assembly’s collection is as calm as an Agnes Martin painting, so that whatever you’re wearing of theirs, its shade will never test your skin tone’s sympathies. If effortlessness is the holy grail of looking good, Assembly’s created the coolest way to look nonchalant in all of New York. 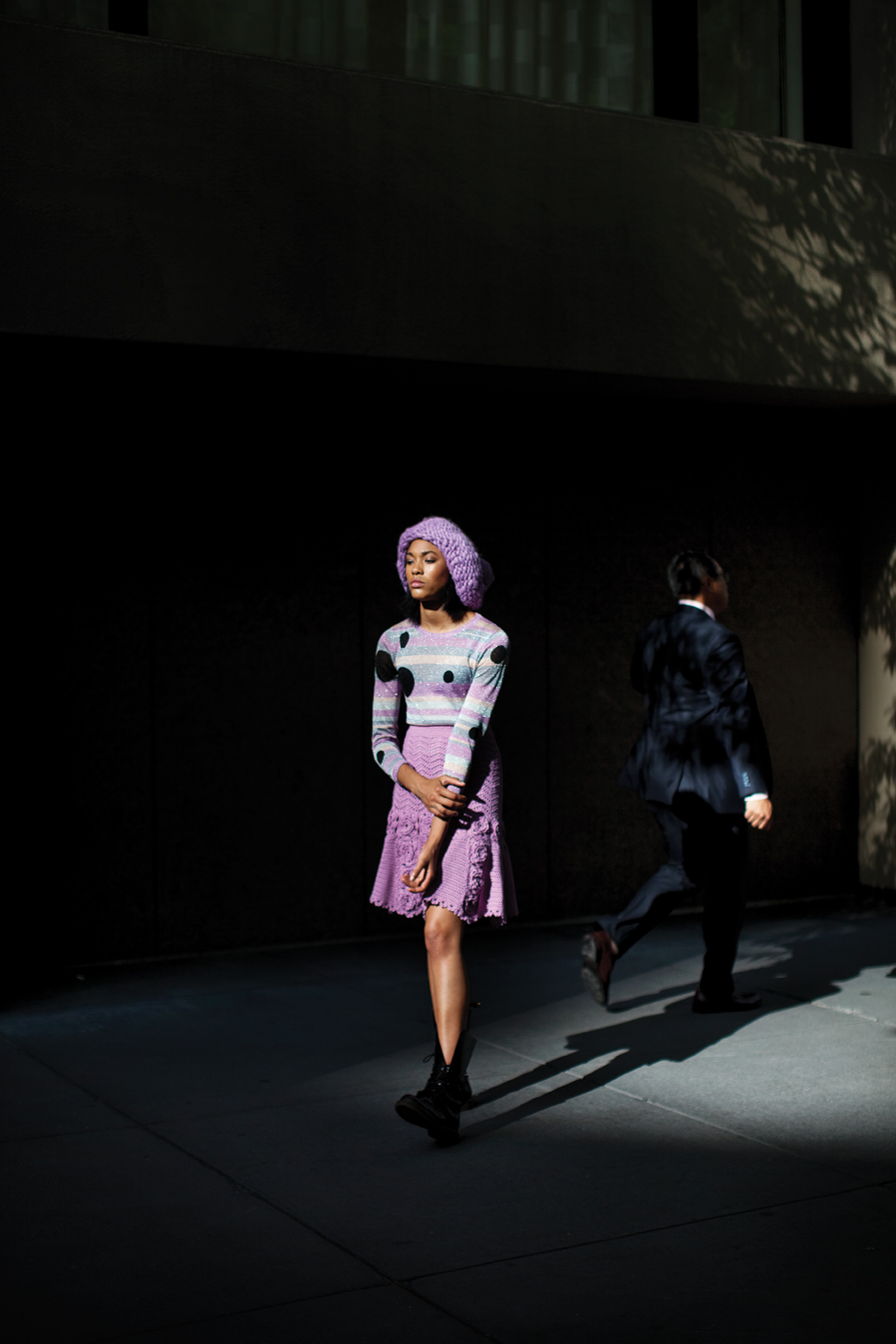 Sister By Sibling
Spawned from the collective imaginations of Joe Bates, Sid Bryan and Cozette McCreery, Sister By Sibling pulls off flashy and bold looks using a medium that’s remarkably soft to the touch. Every season, the UK- based trio shock and awe front-row attendees and fashion critics with their inventive take on knitwear, elevating the age-old craft to avant-garde levels. In their fall 2013 catwalk show, the trio sent out prim and proper sweater sets festooned with English roses and décolletage-baring keyhole cardigans for a clientele that spans from ladies who lunch to club kids who rave. Sibling is how you look weird and comfy at the very same time.