How three groups are pushing the boundaries of art and business on the internet, and why their experiments might soon have a big impact.

For years, creative agencies shaped the look and feel of commerce from entirely behind the scenes, like ad Wizards of Oz. But as marketing has moved from print and television to the internet, many of these companies have moved into the public eye, no longer simply peddling others’ products but also their own distinct identities. Here, in that spirit, we’ve asked three smart groups who are making boundary-pushing work at the intersections of art and commerce to make an ad for themselves. These three aren’t all creative agencies per se—OKFocus is, while The Jogging is more like an artist-run gallery and to.be is a tool for creative expression—but their output shares a critical approach to the digital medium in which they’re all working, and a careful understanding of how art gets disseminated on the internet. And so, even at the margins of the marketplace, their experiments might soon have a big impact. duncan cooper

Ryder Ripps started OKFocus to make money. As an artist, he got early attention for projects like Internet Archeology, a website dedicated to curating the art history of the internet, but Ripps says he “didn’t want to pursue an art career full time.” Instead, he took his interests in programming and branding and built an entirely different type of creative practice: a full service digital agency. Along with a couple of like-minded programmers, Ripps created OKFocus to apply his conceptual ideas about business to real world companies. “I really enjoy the idea of understanding corporate America from the inside,” he says. Unlike other artists, who flirt with the mechanics or symbols of the corporate world, OKFocus is not simply playing at advertising. They are in business. Part of their strategy has been starting attention-grabbing, single-serve sites like newmoticons.com, a random emoticon generator, but the big bucks are in projects for corporate clients like Nike, including a recently designed app that uses a smartphone’s accelerometer to give a 360-degree augmented reality view of Nike’s London store/exhibition space, 1948. OKFocus’ most telling alliance has been with #BeenTrill, the brand from Virgil Abloh and the Kanye West camp for whom they’ve been doing digital creative direction. As their art for the previous page suggests, OKFocus has a strong affinity for the trappings of hip-hop, which is fitting: the rap game seems to not have a problem blurring the distinctions between art and hyperactive commerce, allowing for the co-existence of these two opposing forces. Given Ripps’ left-field pedigree, OKFocus could’ve just been making projects for internet art fans, but maybe the drive to ball out in the straight world is more interesting—and even, perhaps, more honest. hg


to.be
Founders: Nick Dangerfield, Kostadin Krajcev
Years in business: One
Employees: Five
Elevator pitch: “An online studio space, a silent place for play and experimentation using the pieces that make up the internet. The visual language is an intimate and imperfect one, something closer to the feel of the work made by hand.” nick dangerfield

Anyone can call themselves a digital curator these days, but with Nick Dangerfield and Kostadin Krajcev’s new, browser-based creative application to.be, they are hoping to help users unlock their inner internet artist, too. “In the beginning,” Dangerfield says, “I was just imagining a large white space for one or two people where media could be placed and transformed with a great degree of plasticity.” Via a mutual friend, he linked up with Krajcev, a designer and coder who had been developing a media-sharing interface for himself and his girlfriend while she was studying abroad. “He built a blog-like space for the two of them [with a layout that graphically represented] the physical separation between Hong Kong and New York,” says Dangerfield. “It was clear that there was a strong affinity in direction between us.”

The tool they’d go on to create together is midway between a curatorial platform and an artistic medium unto itself. It’s also easy to use, counting SVA students and community youth centers run by the New York City Department of Youth as some of its early adopters. Playing with to.be is kind of like collaging for the internet generation, allowing you to manipulate and layer dragged-and-dropped images, animated GIFs, videos and MP3s like you might magazine clippings and colored paper. You can collaborate in real time with another person, but the coolest part about to.be is how freeform and playful you can get with it. Imagine taking your favorite Drake photo, transforming it into a stencil with the push of a button, stretching and screen-printing it in multiple colors and then digitally spray-painting hearts over a YouTube for “Hold On, We’re Going Home,” all of that embedded into one design. If the end result comes out looking a little handmade and sloppy, well, that feeling of spontaneity and imperfection is something that the founders of to.be are nudging us to embrace. Factor in the features that allow you to embed your entire creation into a blog post, or even to use it as the design for your own original T-shirts and posters, and you realize that with to.be, the possibilities are about as infinite as the internet is wide. ef


The Jogging
Founders: Brad Troemel, Lauren Christiansen
Years in business: Five
Members: 10
Elevator pitch: “It’s a project that spans multiple mediums and aims to respond to the contextual conditions of each place that it is exhibited.” brad troemel 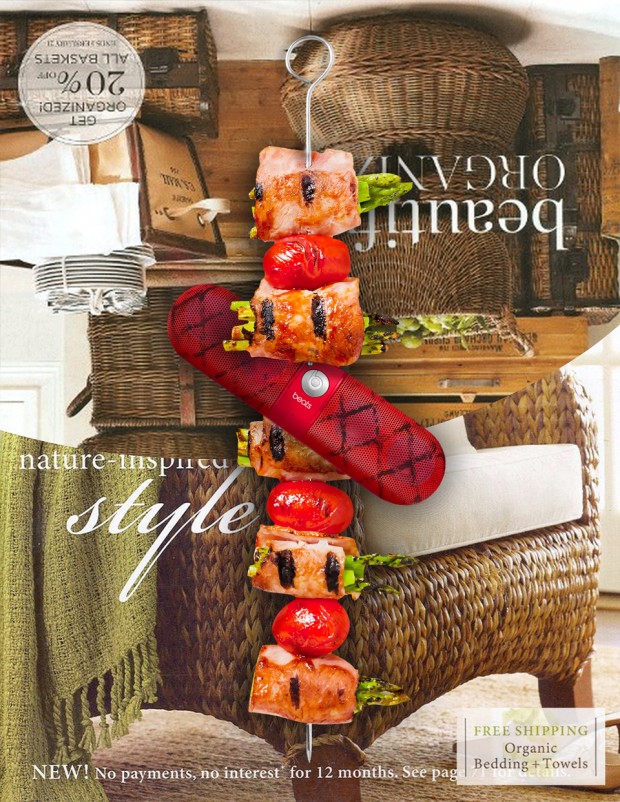 The Jogging began in 2009, when Brad Troemel, then an art student in Chicago, became dissatisfied with the labor-intensive “conceptual collecting” art he was making. “I would release the result of that collecting on the internet,” Troemel explains, “and the internet would flatten all the information. My art would be as important as what somebody had for lunch. So I tried to find a way of releasing and making work that would act in harmony with social media and the way that information is digested there, rather than against it.” His solution was The Jogging, a collaborative Tumblr launched with fellow artist Lauren Christiansen that gathers photo docmentation of original sculptures and digitally manipulated assemblages.

In 2013, The Jogging has published nearly 5,000 posts. The blog itself is a communitarian body of work, in which submissions are accepted, people play off one another and conversations unfold as other Tumblr users reblog and add comments. According to Troemel, it’s the responsibility of The Jogging’s 10 official members—a combination of working artists, American Apparel employees and students—to keep that conversation fresh by creating works that break up overused memes and offer new twists on certain-to-go-viral ideas. “At some point, you have to elaborate on or complicate the idea of destroying technology more than just throwing another MacBook into a bathtub,” says Troemel, who now teaches at NYU. The collective is unpaid, but this year the group received a grant from Rhizome and Tumblr itself, which they’ll use to build a search tool that maps the relationships between different Jogging posts and their authors. In addition to documenting those dialogues, The Jogging will focus on expanding in the next year, putting their spin on physical exhibitions, video partnerships, fashion shoots and books. nz