Personal History: Tim DeWit on Life After Getting Shot

Before he became Dutch E Germ, Tim DeWit was the DC hardcore drummer who moved to New York with Brian Degraw to co-found the ’00s-defining, electronic psych collective Gang Gang Dance. In.Rak.Dust., his recent solo debut, merges that group’s globetrotting sound palette with an off-map production sensibility gleaned from a decade spent jamming and partying in the city’s warehouse rave scene. Back in 2008, though, around the time he and Gang Gang Dance parted ways, DeWit was shot in the chest during a visit to his home state of Michigan. Here’s what happened. emilie friedlander

Tim DeWit: Gang Gang Dance was a wild animal of a band. After the release of our album, God’s Money, in 2005, we suddenly found ourselves traveling all over the world, and the world was taking notice. It wasn’t long before the industry hawks were buzzing around us, and a lot of expectations were building for our next record. What should have taken a week to produce ended up taking three years, and it wreaked havoc on our friendships. After the majority of our album, Saint Dymphna, was finished, I was creatively and emotionally drained. Before I’d even officially quit, I found out they were playing shows with another drummer. I was pretty devastated, and decided to go home to Grand Rapids, Michigan.

On a particularly bad day, three weeks into my stay back home, our singer Liz called me to tell me Boredoms had asked Gang Gang to lead an 88-drummer-large performance in New York. I couldn’t believe they were gonna do it without me. My life was over. Feeling trapped, I decided to go see a friend who had invited me to a bar he was working at. The place was packed. I sat at the bar, but my friend was too busy filling pitchers to talk. I didn’t know anyone else there, so after two beers, I decided to go home.

I was turning toward the door to leave when I noticed my old friend Herm walking in. Herm ran the best record store in town. He was like a musical father figure to me when I was growing up. We sat down and caught up on the past 18 years. After a few more drinks, I knew I couldn’t drive home, so I arranged with the bartender to stay at his place after his shift.

I would have been happy to leave at midnight, but the bar didn’t close until 2AM. I kept drinking to appear useful, and when the bar closed, I moved into a corner booth to make room for the mops. I was so drunk and tired that pretty soon, I was passed out in the booth. A little after 3AM, someone woke me up and invited me back to the bar for one last shot. I didn’t need it, and I quickly realized I was going to be sick.

When I finally reemerged from the bathroom, the place was dark, empty and totally silent. I thought they must’ve left without me. Was I locked in? That’s when I noticed a guy I knew lying face-down by my feet. I could barely see his face, but he was mouthing the words for me to get down. I knew I was drunk, but this was absurd. Why was this guy on the ground? Suddenly, I heard a voice shout, “GET THE FUCK DOWN!” and within seconds, there was a flash. Another silence followed, until I heard a different voice say, “I think it’s cool, I think they’re gone.” But the guy who was on the floor shook his head. “No, it’s not cool. Tim just got shot.”

I was still standing there, and I hadn’t felt a thing. I assured everyone that I was fine, until I lifted my shirt and saw a river of blood pouring onto the floor. I had been hit right in the chest, an inch and a half above my heart. Someone removed my coat and saw that the bullet had gone straight through me, exiting my back where my left arm meets the shoulder. 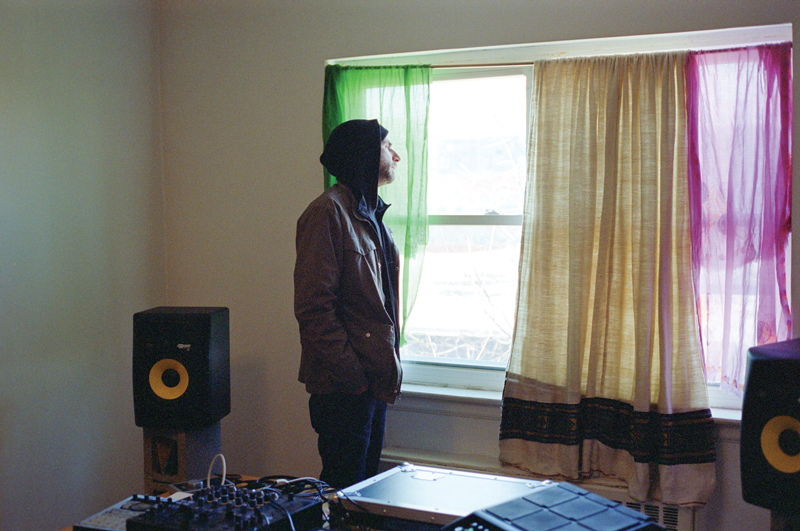 One thing I knew for certain was that I needed to stop the bleeding. Blood was pouring from both my chest and back, and I decided to lay down on the floor. At this point, death really did start creeping; I was getting cold very quickly, and what was already a pretty dark room was getting even darker. Everyone gathered around me, and I wish I could describe how alone I felt at that moment. I could hear a girl in the back of the room getting hysterical. I asked someone to hold my hand, and I remember thinking, “I’m not even supposed to be here.” I wasn’t scared, but I knew that I could die better than this!

When the paramedics arrived, they pumped me full of morphine. At the hospital, X-rays proved that nothing vital was damaged. It was a miracle, really. They placed a gauze pad and three pieces of tape over each wound, but I didn’t have any insurance, so at five in the morning, after only 45 minutes in the ER, they called my dad to come pick me up.

I woke up the next day feeling like an elephant was on top of me. There had been lot of nerve damage, and I had lost most of the feeling in my left arm. I took one of my two-day supply of Vicodin and finally got out of bed. My mom showed me the newspaper. Supposedly, a group of three 16-year-olds from the neighborhood had climbed a fence and walked through the open back door of the bar, pistol whipping and robbing everyone. The police had caught the first suspect. His face was already in the paper. He was so young, and the defeat in his eyes was more painful than the hole in my chest. I was shook.

It took a few months for a trial to commence. In the meantime, I moved into a house my aunt had abandoned to foreclosure in Greenville, Michigan. My only neighbors were a family of Sarah Palin lovers that shot at everything that moved in my yard. Every bullet vibrated through my wound. I was alone, and my only solace was a very modest studio set-up that I bought with money the bar had raised from a collection jar. My primary lifeline was my friend Leilah, in Los Angeles. She would call me almost daily to let me vent my madness. She had also signed me on to soundtrack a film she was making. This sense of purpose saved my life up there.

When the day of the trial finally came, I woke at 6AM and had to drive over an hour to the courthouse. Within minutes, I was on the stand. I had a front row seat to the most fucked-up business in this country. This place was hell on earth. I gave my testimony and bounced as fast as I could. To this day, I still struggle with what I walked away from in that room.

My summer-long Gang Gang Dance hiatus had stretched into a winter of absolute anguish. The band was long gone. I kept working on my friend’s film, and eventually, around the beginning of spring, some friends convinced me to come back to NY. Leilah was living there now, and as soon as I returned, she introduced me to a whole new community of incredible people. It was 2009, and there was this momentum coalescing around the Ghe20 Goth1k parties. These parties were absolutely beyond paradise for me, a fusion of lifestyles and aesthetics mashed together in this larger-than-life harmony. It seemed impossible that it was even real.

For the past few years, my second life in NY has led to a plethora of musical contributions I would have never dreamed possible. Gang Gang Dance and I have found peace. I still believe we can make that album someday, but I’m not holding my breath. After six years, I’ve released my first solo record. I feel blessed to finally have my life and my music back.