All that jazz and more at this year’s New Orleans Jazz & Heritage Festival.

THE SPIRIT OF JAZZ LIVES ON IN TODAY'S MUSIC

I grew up three blocks from the New Orleans Jazz & Heritage Festival and, when the wind blew just right, I heard the music from the stage closest to my home. For more than 25 years, I’ve gotten excited simply walking through the gates, passing the grand stand and crossing the sand horse track into the festival. For once inside, it’s euphoric. The senses are in constant competition: aside from the big white music tents, all is a sea of color and the aroma of food is everywhere. Although the music is always booming, I don’t hear it right away—I have to eat first. With hay beneath my shoes, I feast on Indian tacos topped with chili, lettuce, and diced tomatoes on fry bread; Acarajé, an Afro-Brazilian black eyed pea fritter with a shrimp and spicy cashew sauce; and a local favorite of fried soft shell crab po’boy.

The Jazz Fest, as it's known, is an embodiment of New Orleans—a place that’s internationally revered and always imitated—and the port city’s diverse cultural mix of Native American, African, Spanish and French and Caribbean heritage is ever-present in the food, music and architecture. When the festival first started 45 years ago, acts like Mahalia Jackson, Duke Ellington and The Meters performed to a crowd of 350 people. Today 400,000 people attend the festival annually. As the festival has expanded, reflecting America’s changing musical taste over time, the number of mainstream artists and those from other genres has grown. While there's plenty of jazz on offer, there are also stages dedicated to gospel, zydeco, blues, R&B, rock, funk, African, Latin, Caribbean and folk music.

New Orleans’ musical influence on the world didn’t end after jazz started traveling up the Mississippi River to Chicago, New York and beyond, though. From the city’s rhythm and blues sound that emerged in 1950s and became rock and roll or the bounce music that started in the hallways of housing projects and is now celebrated as twerking on YouTube, Jazz Fest embraces that entire lineage. Since I was a child, I’ve exposed my ears to all sorts of music yet jazz has remained my base. I hear Charles Mingus in Thundercat, Billie Holiday in Chrisette Michele and the sound of a big band on A Tribe Called Quest’s Scenario. With that in mind, I asked festival performers Chuck D of Public Enemy, New Orleans' bounce pioneer Big Freedia and UK soul-pop star Laura Mvula about the influence of jazz and New Orleans on contemporary music. 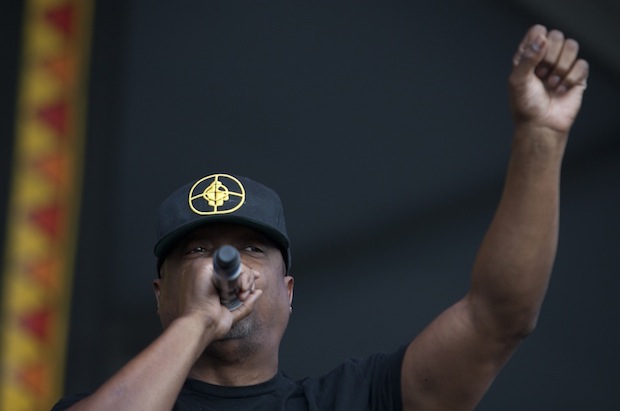 "Jazz is water through all music in America. Our whole ability to reconsider what jazz is comes from our inner sprit and that honor to everything that went through the trials, tribulation, loves, joys and pains. Jazz is that expression when they told the people that they couldn’t speak or express themselves. Jazz is almost like being able to connect with your relatives. New Orleans is the temple, and you got to always go to the temple." 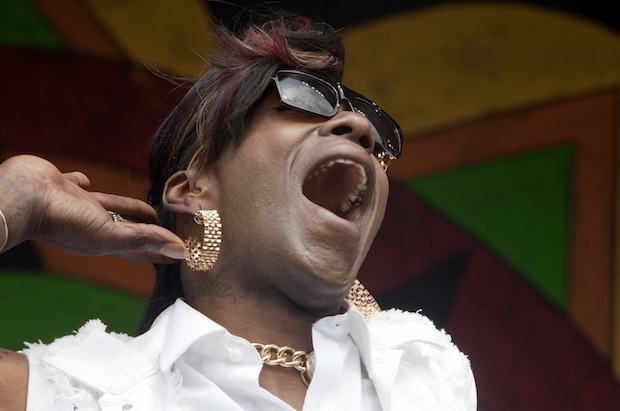 "We definitely have a lot of flavor and a lot of culture and history here [in New Orleans] with the music. So people come here to see what’s hot, to see what's new, to see what they can use, to see what they can borrow from us. We are always at the top of the list for musicians to visit when it comes to being able to flip different things into their music. New Orleans was my influence growing up in the hood on Josephine Street. Beating on the wall, hanging late at night on the stoop. I started in gospel, so music has always been a part of me." 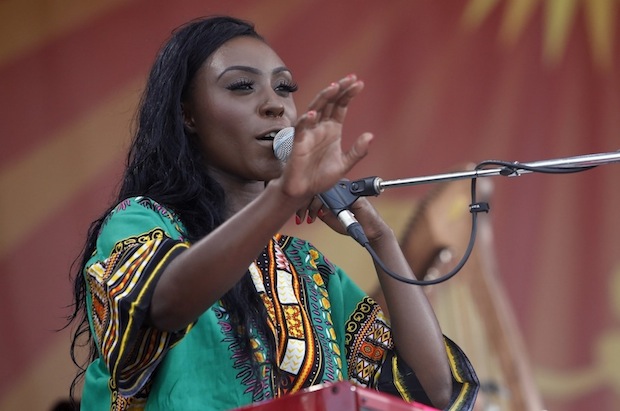 "I know for my music, jazz philosophy is central to my approach. I would love, in a pipe dream, to call myself a jazz musician but that’s in another life. And that’s because I’m captivated by the freedom and the obsessive need to push forward and innovate. And I think all music needs that: that drive, that kind of excitement that’s about new energy and ideas [that] have their roots in things that are authentic and still familiar to people. I think that’s the genius of music today. When you can captivate an audience—whether that's through a listenership or literal live experience—they are experiencing something that’s familiar and still new at the same time. And I think that’s what jazz is."