Yohji and Zidane Play Footie on the Runway at Y-3

When it comes to the final bow, designer Yohji Yamamoto is a bit of a shy guy, and only gives a twirl at the end of shows if he's feeling plucky. This season Yohji was obviously in a buoyant mood, and had the, um, balls to take center stage after his collection of World Cup-inspired looks for Y-3 (clearly we'll all be chugging pints in draped soccer jerseys and oversized footie shorts next summer). He brought out French soccer legend Zinedine Zidane with him for a little penalty shoot-out practice on the runway (an unsuspecting photographer played goalie) which made for the most feverish fashion finale we've seen all week. 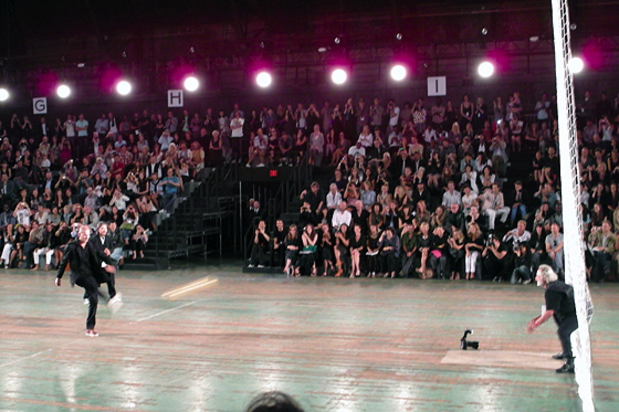 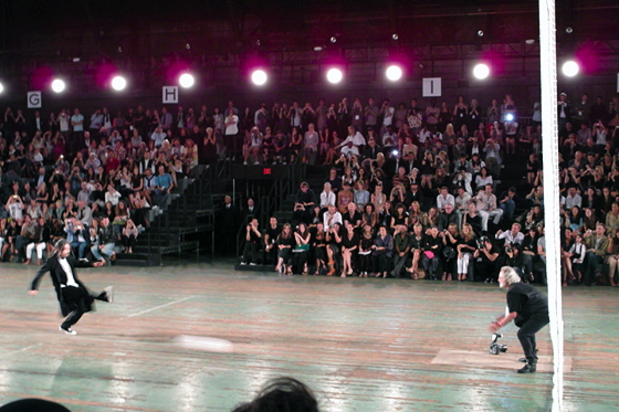 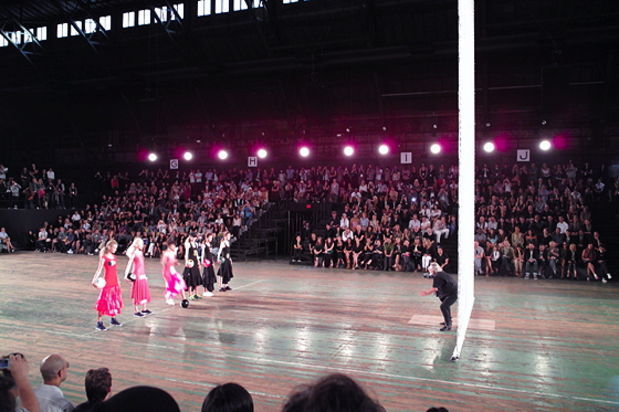