Shred For Your Life!

Last Tuesday, Santos Party House was home to the ultimate in guitar-nerd heaven, the fifth Annual Shred For Your Life Guitar Battle. Contestants from all walks of life lined up backstage preparing to rip each other apart in an event that had the feeling of an older, more “authentic” New York. Not since the early days of Punk Rock Heavy Metal Karaoke at the Continental has Downtown seen a competition that conjured up this kind of head-banging enthusiasm in a crowd.


Five years ago, Max Fish bartender and LES staple Marc Razo founded Shred For Your Life, which has moved from the Fish, or as the locals call it, Le Poisson Maximillian, to the Anthology Film Archives and most recently, Santos. 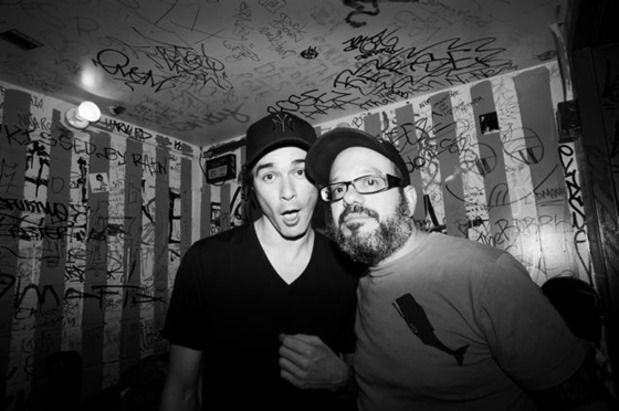 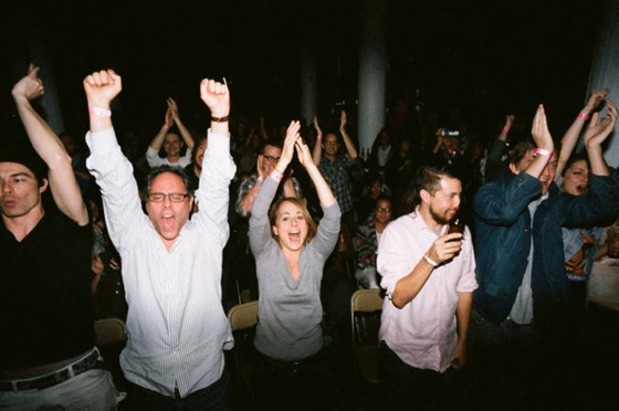 The battle consists of 12 contestants facing off into a final round, judged by a celebrity panel which this year included Paul Major (Endless Boogie), Jaleel Bunton (TV on the Radio), and comedian David Cross. There were no female contestants this year, despite 17-year-old Alex Neimitz of the recently disbanded Modrocket (RIP) being the first female to win the Crown of Shred. 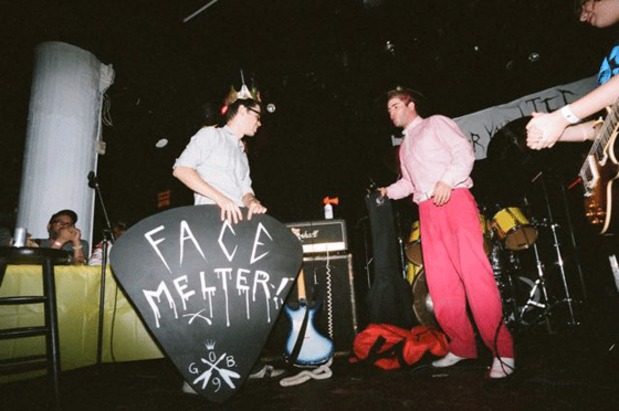 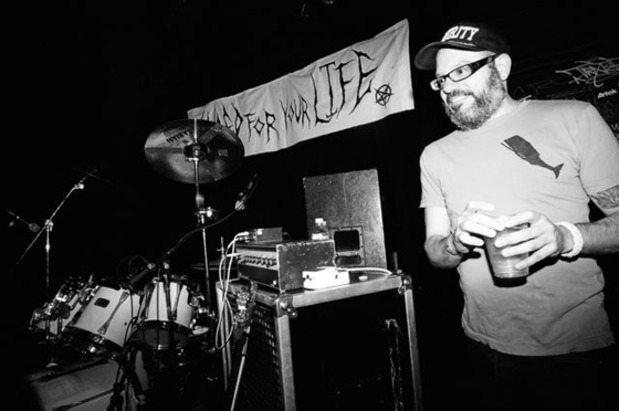 The contestants could choose to play solo or with a rhythm section, which featured Brad Truax (Jah Division), John Stanier (Battles/Helmet) and Spencer Sweeney. The first two rounds consisted of 90-second face-offs, eliminating half of the shredders. Before the semi-finals, the losers (of the first two rounds, not in life) lined up and the crowd got to vote their favorite loser back into the game for the final two rounds.

Judge Bunton dressed as a funked-out “Rippin Randy Rolando” in Afro and Elvis glasses, and spoke in verse to the contestants. Paul Major studied fingers and technique, while the typically biting Cross seemed especially sensitive to the contestants’ feelings, perhaps because not only were they all especially talented, but because two teeny, tiny teenagers participated in the contest. No one wants pubescent tears to be shed in a battle of epic virility.

Standing out in a pit of 12 professional musicians can be key to winning the crowd and the title, and gimmicks abounded. A middle-school music teacher went as “Shreddy Krueger” in a Wolverine costume, knife-hands and all. Then there was a barefoot, bloody Jesus Christ (Saunder Jurriaans of Priestbird and Storms), who has competed since the second year of SFYL. 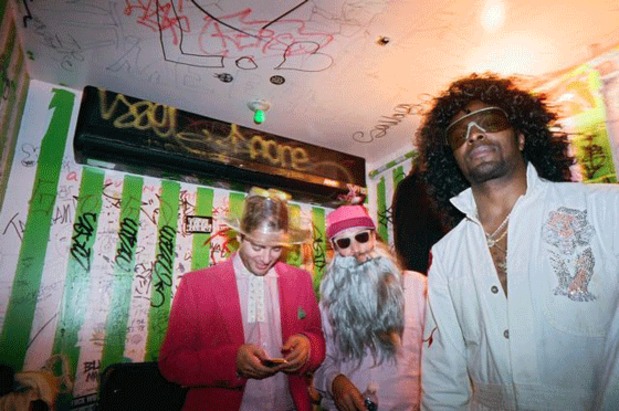 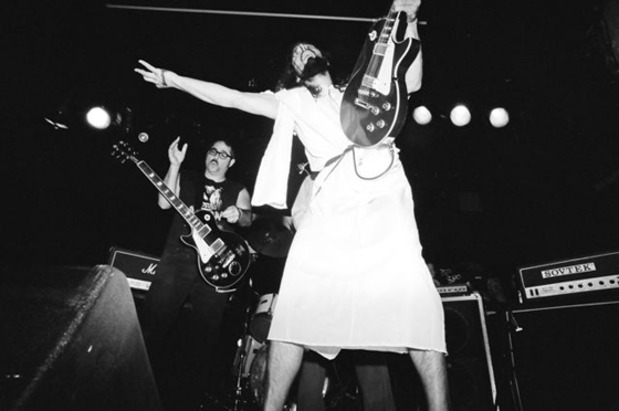 Crowd favorite was 13-year old Ben Spremulli, or as my friend Vanessa calls him “1,000 Year Old Vampire Child,” of teen-rock band Kicking Daisies. Don’t let the tweenie-bop band name fool you. He played with his tongue and at one point screamed to the Gods of Metal while his waist-length hair spewed diamond tears from its roots. As David Cross said after Vampire Child’s first shred, “Man…you are going to get so much pussy.” Bunton said it reminded him of Ralph Macchio in Crossroads. Later, Cross congratulated VC in advance on the success of all his future relationships before eliminating him from the final round. 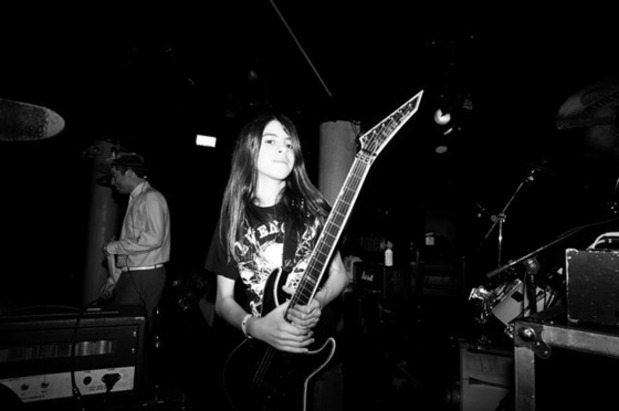 Past shred-fest darlings Josh Anzano (Children) and George DeVoe (the Juggs) both channeled Brendan Small at some point, while an ebullient mix of Southern rock, Epic Metal of the Maiden variety, and classic Rock n Roll were expelled from the stage by the other contestants. There may have even been a touch of Viking vibes toward the third round. 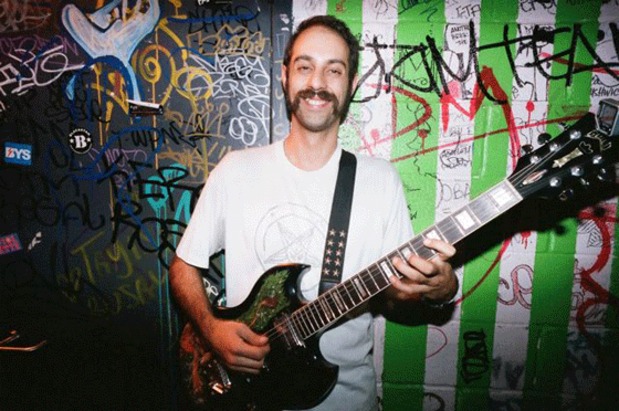 The competition was tough, resulting in the judges requesting that some of the pairs break ties with 20-second bursts, but ultimately they all lost to first runner up (and Middle School Boyfriend in Your Dreams), 15-year-old Dylan Brenner (B.Y.S.) and winner Joe Palumbo (Sh-Sh-Sh Shark Attack). Palumbo’s win was particularly valiant, as he was originally eliminated from Round One and voted back in for the semi-finals by the audience. 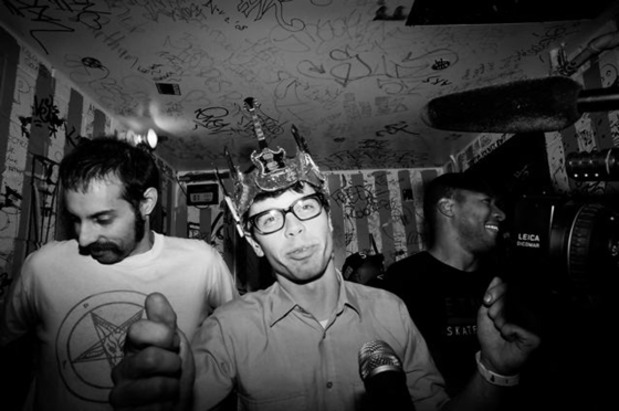 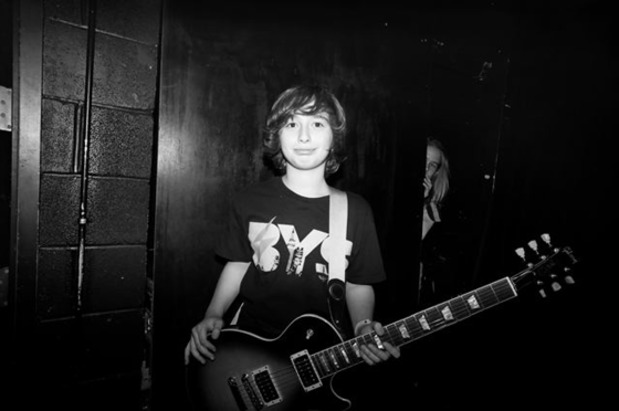 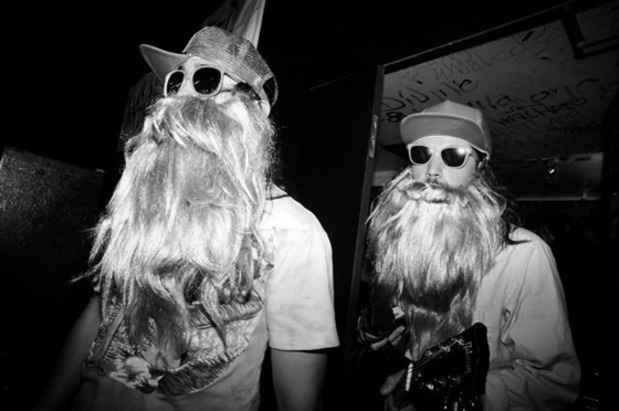 The event ended with rounds of double-high fives and longhaired people shouting “DOUBLE FUCK YEAH!!!” over Jagerbombs. Kidding! It ended with Children performing as a ZZ Top cover band and many happy head bangers.

For more information about the Shred Fest, check out Shred For Your Life.

music / News
Shred For Your Life!