NYC: Stay Inside at the Outsider Art Fair This Weekend

If memory serves, last year's Outsider Art Fair was during a snowstorm, and history looks to repeat itself this weekend as the event opens its doors just as the New York metro area braces for a blizzard of apocalyptic proportions (at least that's what they're making it sound like). But, just like last year, the fair will be the perfect place to get stuck for a few hours while snow falls, this time at its new location, 7 West 34th Street, just around the corner from the Empire State Building. With almost forty exhibitors from the U.S. and abroad, the 2010 edition will be the largest since the fair’s inception and will include lectures and special events organized by the American Folk Art Museum. After the jump are a few more examples of what you'll find in addition to a full list of exhibitors and selected works, so make sure to get over there, and afterwords you can stay warm at the Breslin or some awesome Korean restaurant in the neighborhood. Make it a thing. Monday we'll have a full wrap-up of the whole thing. 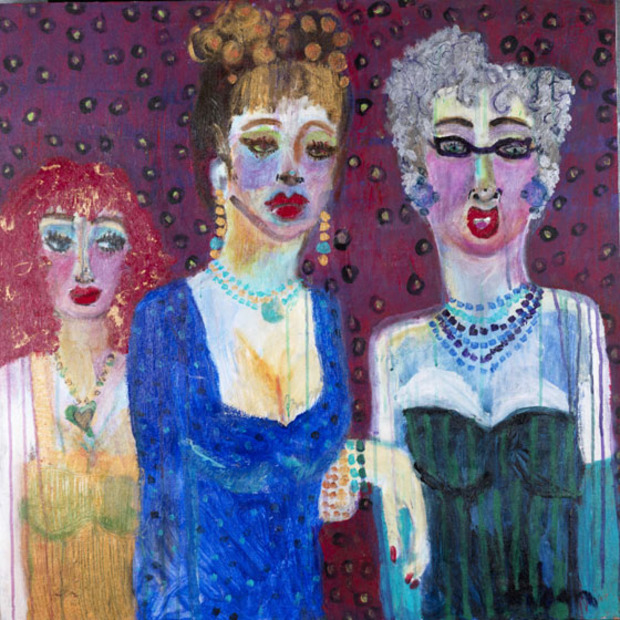 Fountain Gallery (New York), the not-for-profit cooperative run by and for artists living with mental illness, joins the Outsider Art Fair for the second year. Among the works in their booth will be Girl with Red Hat by Dick Lubinsky [3].

Marion Harris (New York), will introduce Carlos DeMedeiros at the fair this year. After living as a monk in Bolivia for 15 years, DeMedeiros left the monastery with his personal religious ideas in conflict with the one he felt obliged to follow. From this ambivalence, he creates small-scale confessionals accompanied by confessions in sealed envelopes.

Ron Jagger (New York) will be exhibiting the inventory of the venerable Phyllis Kind Gallery.

Just Folk (Summerland, CA), newcomers to the fair, is pleased to bring a collection of 28 Bill Traylor works—one of the largest groups available—that have not been seen in the U.S. for more than ten years.

Outsider Folk Art Gallery (Reading, PA) will feature recent mixed media constructions by Thorton Dial (b.1928) as well as rare 1970s paintings by Purvis Young (b.1943), with works by emerging artists such as Jim Bloom (b.1968).

Ricco/Maresca (New York) representing both the William Hawkins and the Martin Ramirez estates will bring fine examples from both, including Hawkins’s Historical Monument [4]

Luise Ross Gallery (New York), among a fine selection of drawings by Minnie Evans and by Violetta Raditz, will feature for the first time at the Outsider Art Fair cut-out color coat on metal pieces by the Icelandic Oskar Jonsson (1922 – 1997) [5].

Galerie St. Etienne (New York) continues a tradition of exhibiting self-taught greats including Grandma Moses, John Kane, and Morris Hirshfield. The booth will include “John Kane and his Wife” circa 1928 [6]. 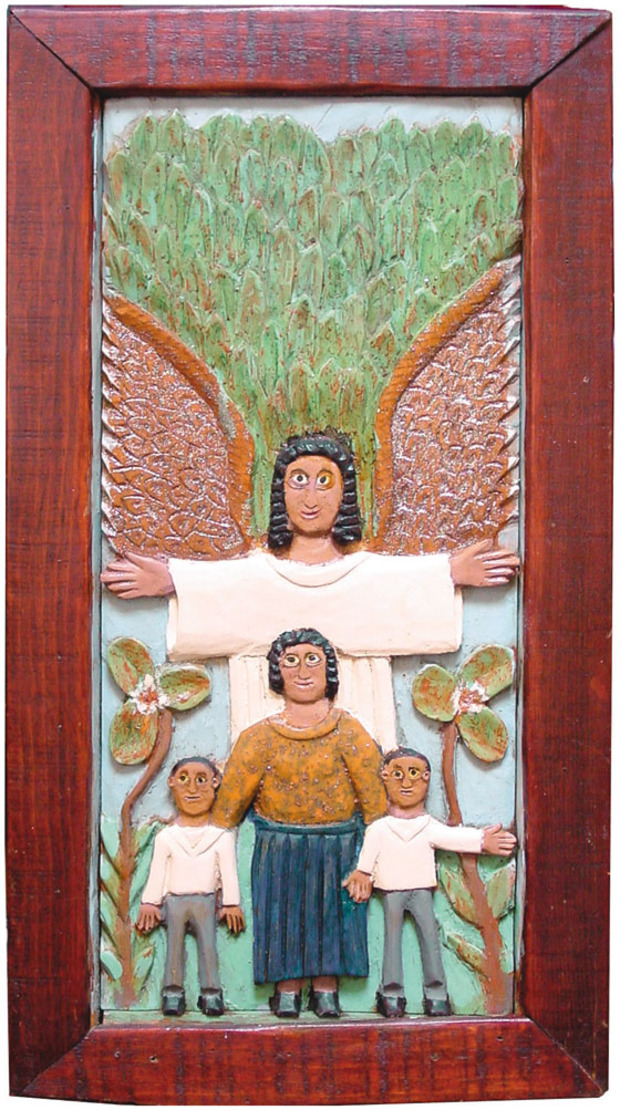 culture / News
NYC: Stay Inside at the Outsider Art Fair This Weekend