1. Yeasayer at Erin Wasson for RVCA, top floor of ABC carpet.
Last season it was Gang Gang, this time Yeasayer played the show. No stage, just our boys sitting on top of a bunch of Persian rugs. Thanks Erin!

2.The Like at Vena Cava, Mac/Milk Studios.
The all-girl band were perched at the very top of the runway, decked out in Vena head-to-toe.

3. Hex Message at Rachel Comey, 531 w25th street.
Andrew Kuo and crew had a free-fall jam session in honor of the sixth member of the band, fashion homie Rachel Comey.

5. Soft Circle at Tess Giberson, 520 W27th street.
Tess Giberson wants the re-launch of her line to be extra-special today, so she's roped in Hisham Bharoocha to supply the live soundtrack. 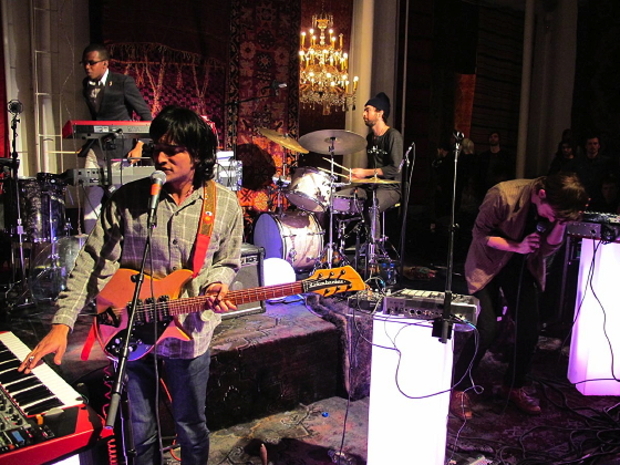