When word spread that Diplo was paying a visit to Jamaica for a DJ gig at Kingston's Fiction Nightclub, we had to wonder what form he take in front of the discerning locals: the dagger-friendly sounds of Major Lazer, the old school blends and breakdowns of the Hollertronix/Florida era, or some new hybrid that would placate the swaying hips of any musical enthusiast. It turns out the latter, as he drew out a mixed crowd of goth Jamaicans (a first for us), jerkers and dancehallers, a lounging Lykke Li (random) and a mishmash of deejays popping bottles left and right.


The day before the party, dancehall promoter Johnny Wonder relayed a message to Diplo on Twitter: "yo play like diplo, not like you from jamaica tonight a fiction, ah that dem want," and Diplo responded not much later saying "I'm goin hard core diplo tonight." About halfway through his set, everybody in the place was drenched with sweat, people were linking up, girls got on booth benches and gyrated and EVERYBODY spat rapid-fire bullets from their index fingers. This is not unusual for a Diplo set—not more then a year ago we experienced it at the FADER Fort and then again at our summer issue release party—but somehow we thought Diplo might go aggro for the more dancehall-inclined circumstances and play nothing but the usual deejays' tracks for two hours. He didn't, though, instead mixing "Jump Around" with "You're a Jerk" and then just when the crowd approached a dancing peak, he dropped Major Lazer's "Pon De Floor" and it turned into the house of flying daggers. Nothing changed in Diplo's delivery and even in the sauna-like conditions, dude sported his suit (as did Switch and 77Klash). Actually, there was one addition to the suit, this time it had a lot more female appendages. 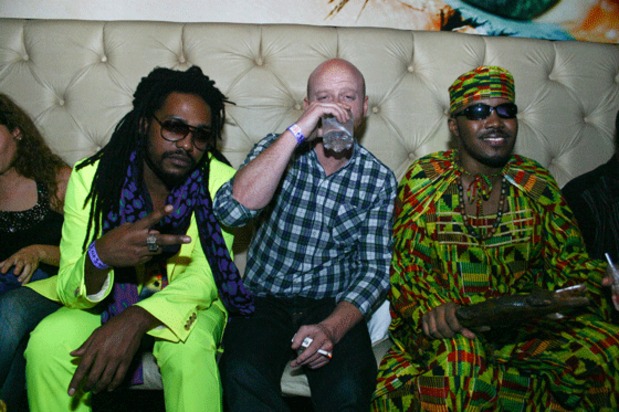 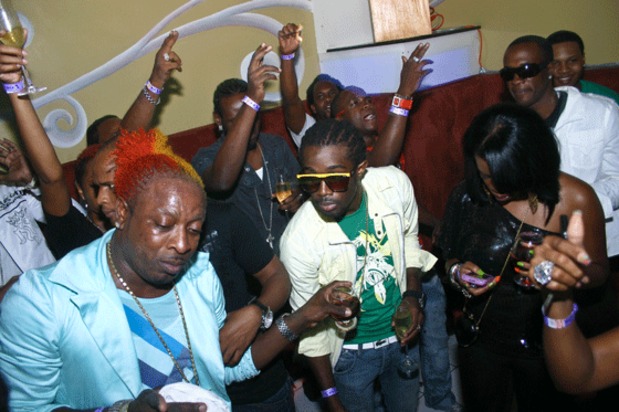 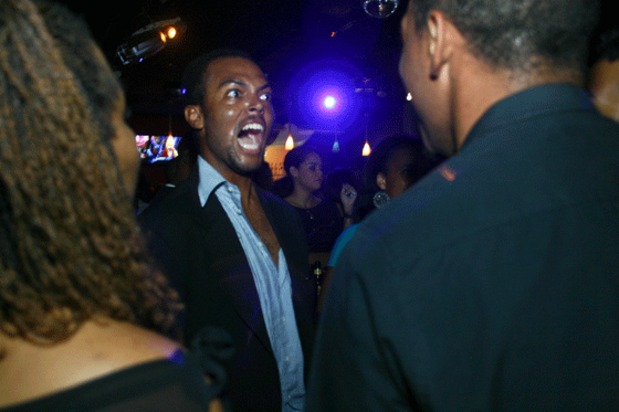 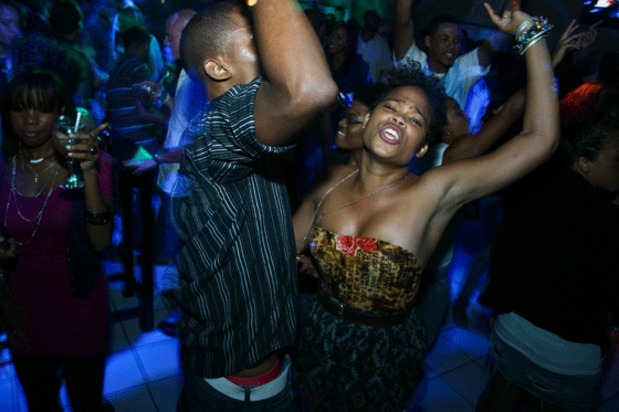 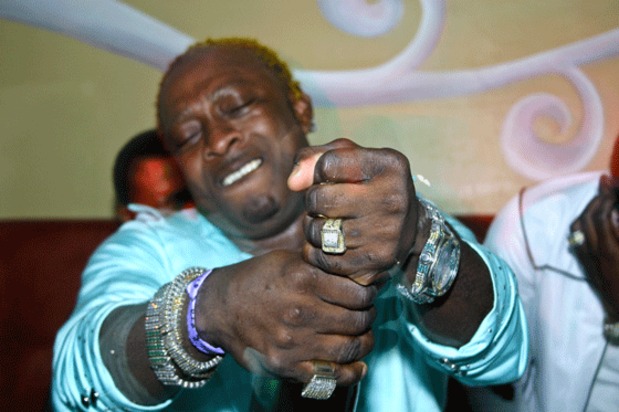 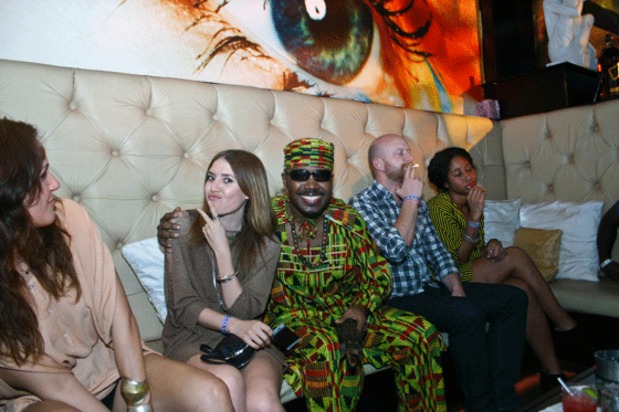