After a day in Chicago, we learned our way around and found, upon waking up, that with some deft squinting, that we had a pretty decent view of the main stage from the hotel room. We did ultimately decide to leave the hotel room, a bit confused about the weather, simple breeze mixed with hot sun, predictions for a cool evening. Shorts and long sleeves? Shorts and T-shirt with accompanying flannel? Jeans and a T-shirt? Ballcap or no? Leaving the hotel tentatively, wandering down Columbus to the festival with a sweaty back (and no ballcap—a mistake), we realized it was actually scorching. Oops. At least we matched. Though the guys walking around shirtless and the girl in just her underwear (with LEGALIZE GAY written on the butt) had a more brash style, though definitely had more substance. If less actual clothes. 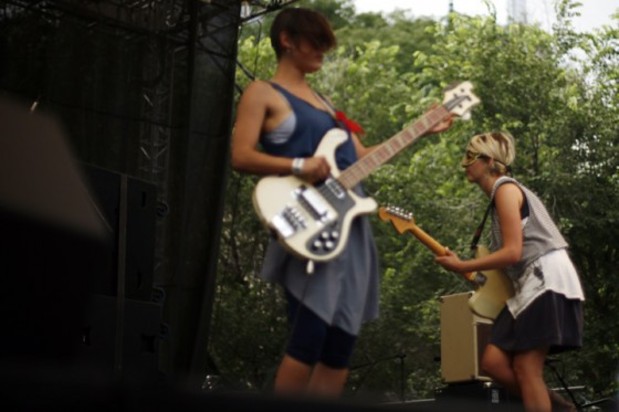 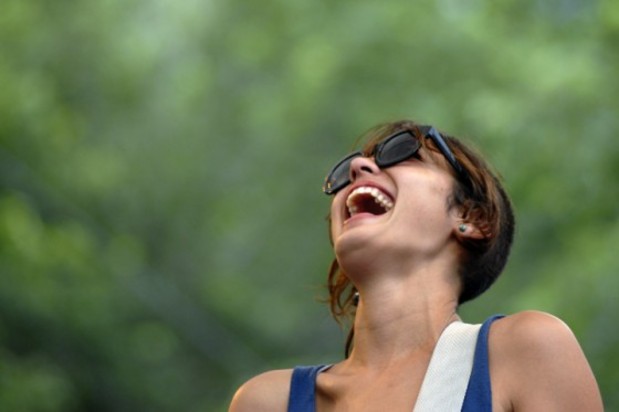 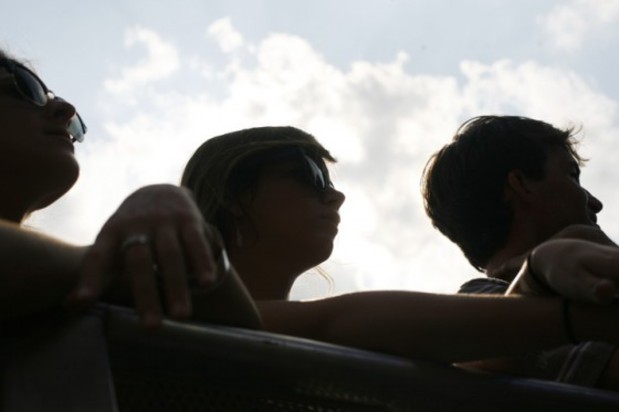 We’d be remiss to not mention to strange, wonderful style of the strange, wonderful Warpaint. Shaved head, tie dye, long skirts, layers of fabric that can exclusively be described as flowing. Guitarist Emily Kokal played on the side of the stage with an Eyes Wide Shut mask, giving the festival the feel of a creepy Mardi Gras. Though the dudes behind us pounding beers and smashing the empties gave us the feeling of regular Mardi Gras. Warpaint would go over well in New Orleans, seedy city of ups and downs. There is something dramatic and sinister about their crescendos and breakdowns, their extreme riffing. They were the band we’ve seen inspire the most regulated body movement, not dancing but a full torso headbang accompanied by giddy cheers for every change in pace or direction, of which there were many. We saw a man well above the median Lollapalooza age fully absorbed playing air bass. He saw us see and, embarrassed, put away the imaginary instrument. From the stage, Kokal asked if we could see the giant dragonfly buzzing above all our heads. Everyone silently looked.

Directly after Warpaint we joined the extreme exodus to see The XX, the world’s most beloved band. Gaga may be more popular, Arcade Fire more crusading, Phoenix more thrilling, The Strokes cooler, etc etc forever. But the emotion in their fans feels totally devastating and whole. Whereas for Warpaint the physical reaction was whole body, a full chug, The XX elicit minor movements more akin to a Bewitched nose wiggle’s huge power. A girl in the front row sang along with painstaking detail while one individual finger conducted all upcoming drum machine parts, as though she was conjuring them herself from 20 feet away. A shirtless kid’s hands in the air were notable not exclusively for that basic fact, but for the realization that he’d forgotten them above his head, delicate fists planted and swaying separate from his active conscious. It was great to watch. It felt great. They are an incredible band, unique and so powerful. Towards the end of the set, Oliver played a single cymbal with padded mallets, swooping backwards like a flashy ninja, crashing metal in an almost silly dance. People went nuts. They walked off quietly, the crowd not really dispersing. We watched The XX’s manager grab a setlist and give it to a security guard with instructions to pass to a specifically passionate fan. The kid lost his mind. What’s better than that? 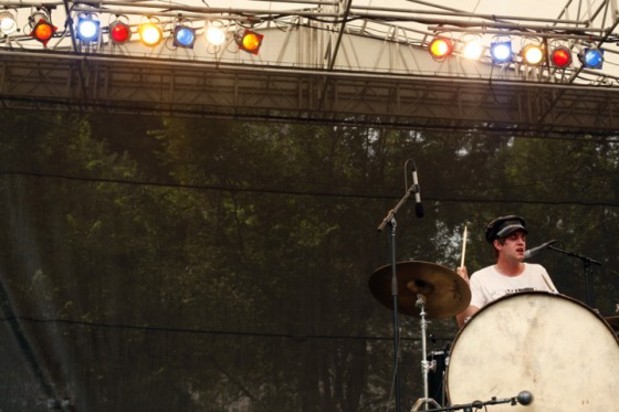 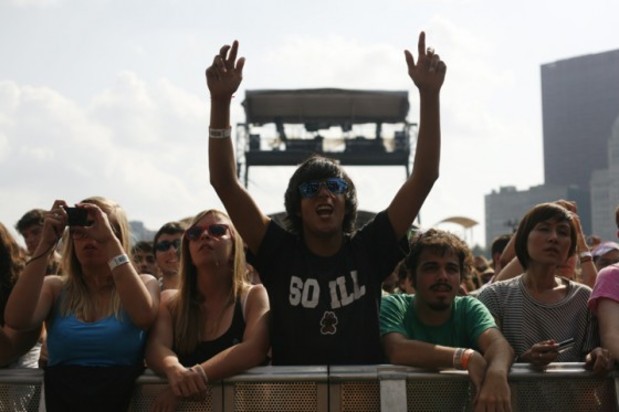 Not seeking any more guitar bands for a moment (it’s hard to compete, so why bother?), we ventured over to see Perry’s, the rave stage, in the day. My gosh, it smelled like weed. It looked amazing, too, Joachim Gerraud screaming at dancers over super hard beats. The sound there is relentless, steam whistles and heavy bass. The crowd dances and screams like they’ve been forever waiting for such a catharsis. You may have never seen a man smile quite so hard as Gerraud up on that stage, geeked at so much undeniable excitement. It’s a complete 180 from the rest of the festival, sequestered off the main lawn and featuring only DJs. For all the scheduling we’ve heard from conflicted rock fans, we’ve heard no complaints from those dedicated to dancing and if we had to recommend one thing to make sure you saw for your trip to Lollapalooza, it might be a trip to Perry’s, not only to see the spectacle, but to be, even for a few moments, a part of it. 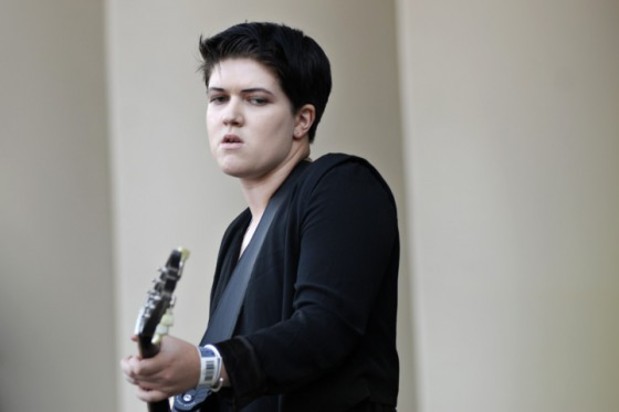 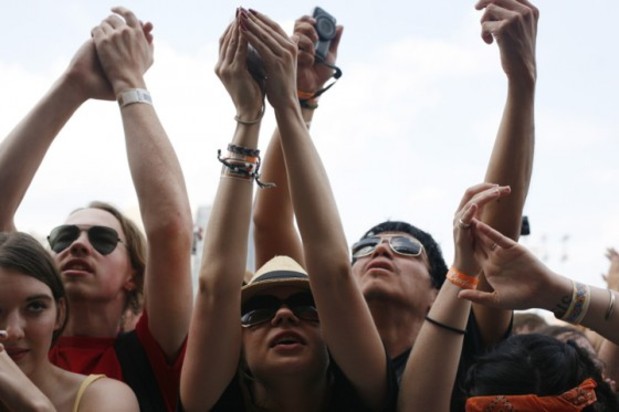 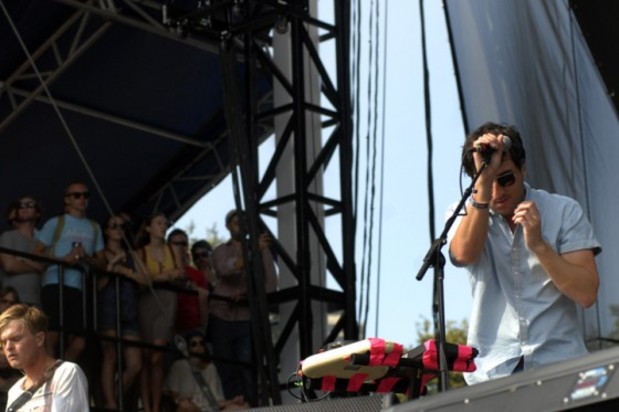 We caught some of Spoon, Cut Copy, Social Distortion, all exciting, excited. Social Distortion covered “Ring of Fire,” a fully appropriate moment where they ascended into the old guard. Their haircuts were fully greased and perfect. Spoon and Cut Copy were less elder statesmen settled and more pleased to be there entertaining for us. Most bands we’ve watched, when the Jumbotron catches them earnestly, have looked a little dumbfounded at the audience they command, whatever fraction of the 90,000 folks milling around have chosen to park it for their rock songs. Music is, we’ve heard, the healing power of the universe. Though if that doesn’t work, many in the crowd will definitely tell you it is weed smoked through a one hitter that looks like a cigarette. That was certainly the drug of choice for Phoenix, a FADER favorite who it turns out is just an everyone favorite. A bit claustrophobic, we kept moving back as the crowd kept encroaching. So much for setting up camp 45 minutes early. Haloed by the giant Wolfgang Amadeus Phoenix banner draped across the Budweiser Stage, Phoenix killed it. What more can you say? Have you seen them? They play their songs perfectly, the four core members accented by one of the most enthusiastic drummers you’ll ever see. He hits so hard it makes us regret he didn’t take up baseball. French drummer, the Mets need you! Though Phoenix probably has more fans. 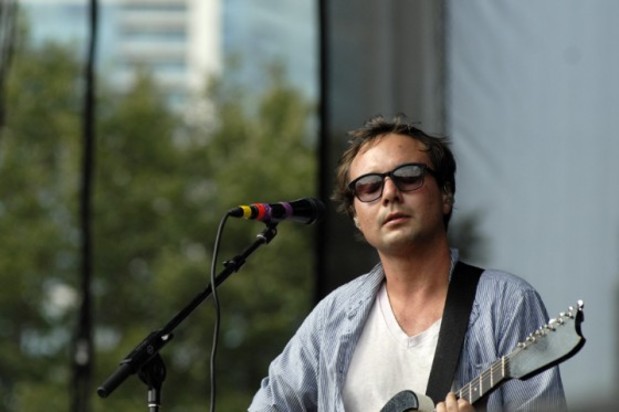 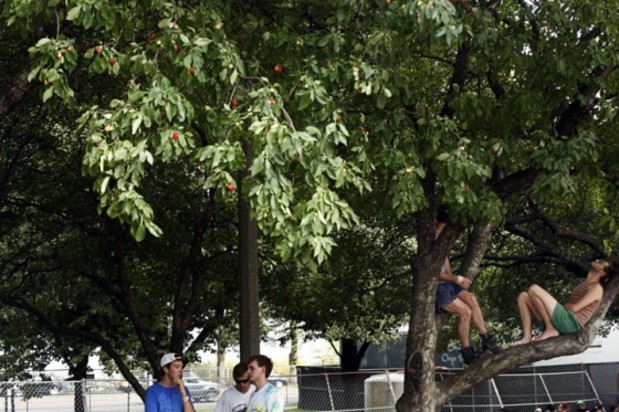 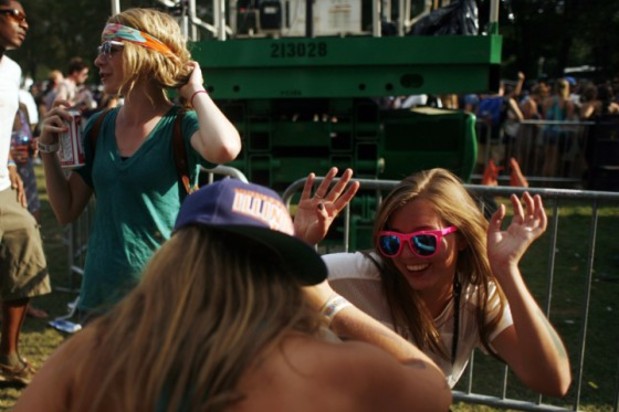 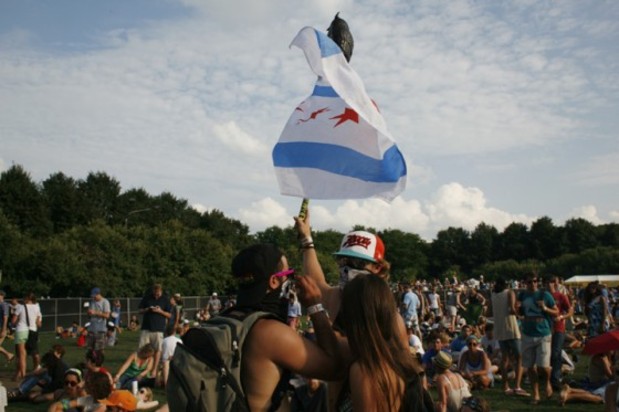 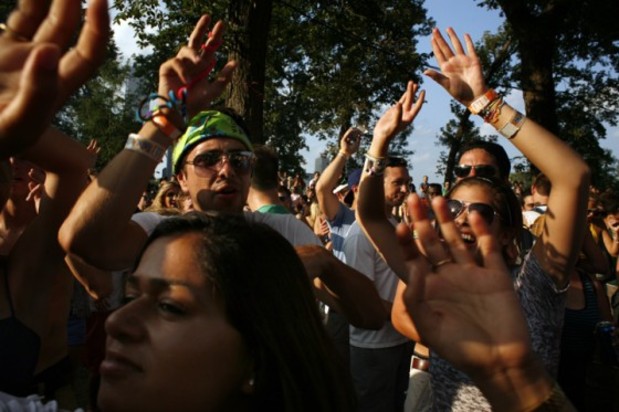 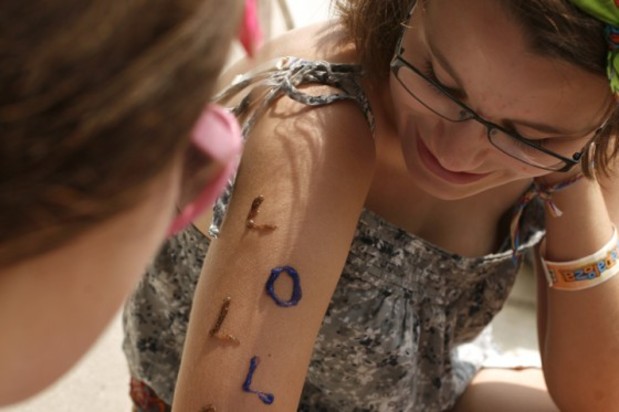 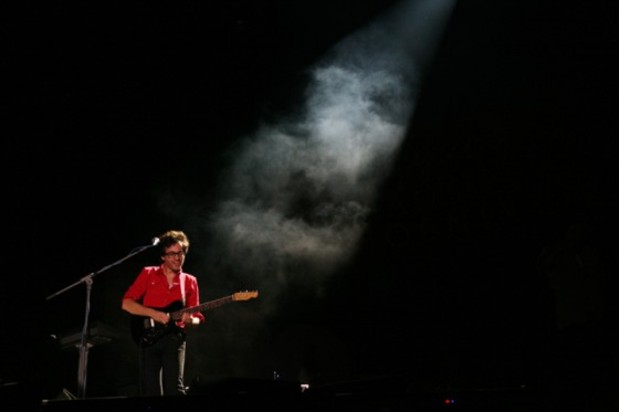 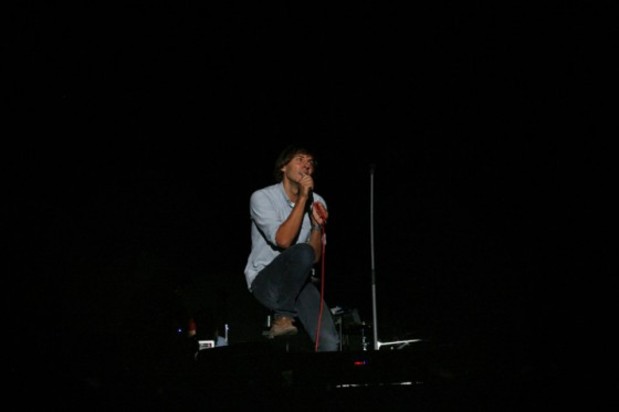 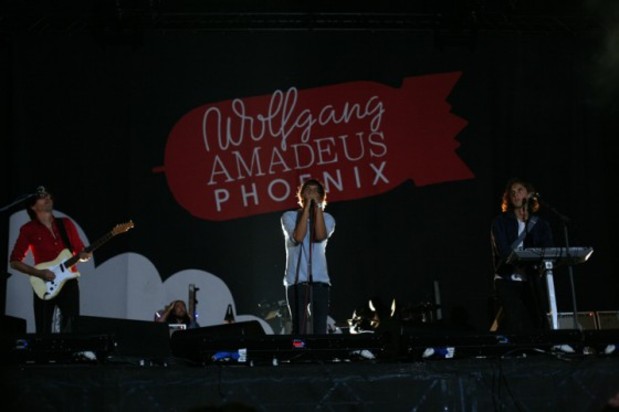