One of the risks of running a festival like Bumbershoot, especially one with this year's lineup, which trafficked heavily in nostalgia, is that the bands won't be as good as any of us remember. This was probably a problem at some of the shows, but thankfully it's one we managed to avoid. 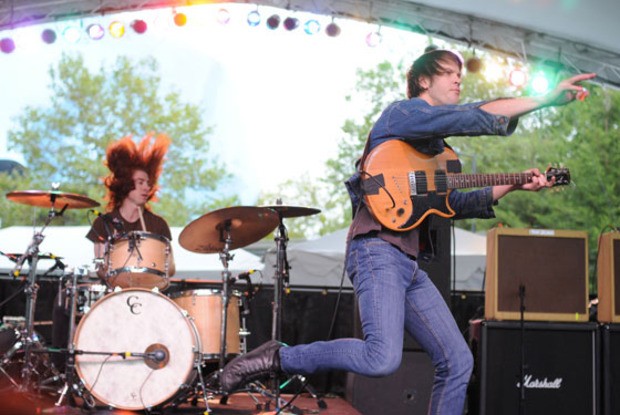 Here is something we did not avoid: CONSTANT MISTY RAIN ALL DAY. Seriously, it was dark by like 5pm. Like, night time dark. It was pretty bleak. But that's okay. We kicked off our day by catching The Whigs, who we have never seen live. We're not sure if it was just the Seattle weather or the general atmosphere or what but their entire set was pretty grungy. It was growling and anthemic and then all of a sudden midway through we started getting heavy J Mascis vibes from singer Parker Gispert's yowl. 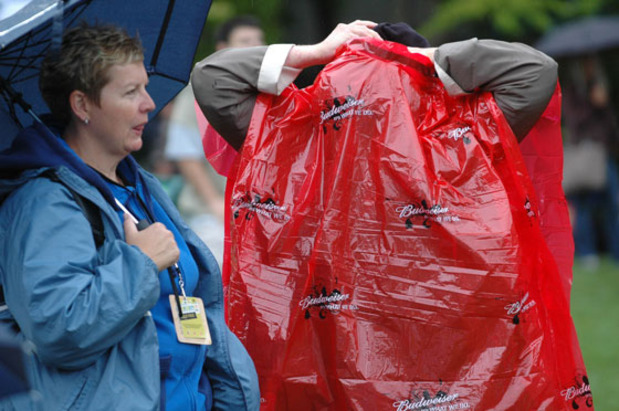 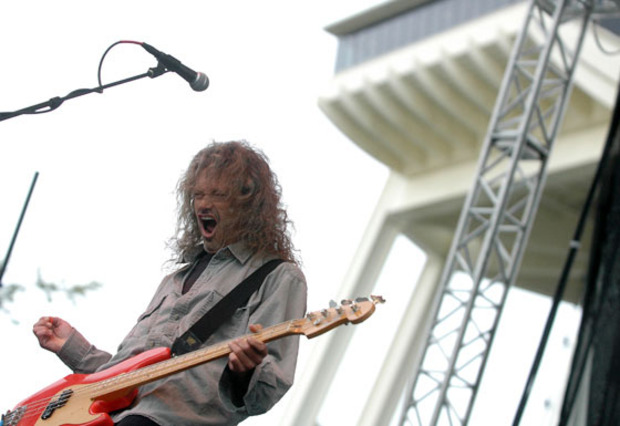 From there, it was on to catch Meat Puppets, who have recently begun releasing new music again. In a lot of ways, these guys are the perfect Seattle band without actually being from Seattle. They're talented but sloppy. If a guitar solo gets flubbed, it's cool. It still sounds great. Much of the crowd was either made up of older ex-hardcore dudes who looked like they now on speedboats and personal tanning beds, a couple stray jam band dads and a bunch of younger kids hanging around waiting for them to perform the jams that Nirvana covered. There's a pretty good chance that all these people got exactly what they wanted, because not only did the Puppets play some of the material that Nirvana made widespread, they also went off into extended, cracked psych valleys and warped jam band country. It's no wonder these dudes count the Grateful Dead among their influences. 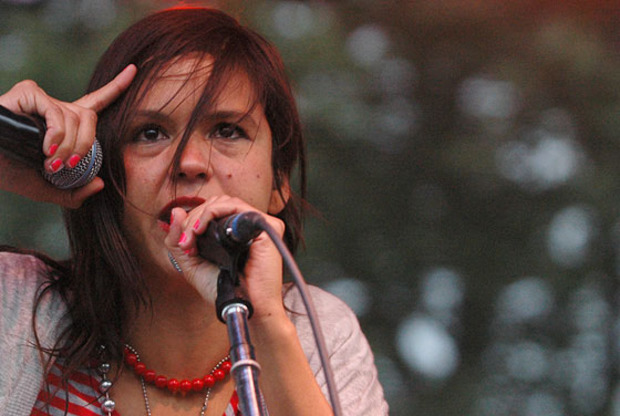 Bomba Estereo and Japandroids were playing at the exact same time, so we did a little hopping back and forth. Beginning with Bomba Estereo, who started their show with one of the most expansive and long intros we've seen in awhile. Apparently Seattle also has the most Bomba Estereo fans ever, it seemed like over half the festival attendees were in the audience (special shout out to even more drunk moms doing the hippie festival dance). 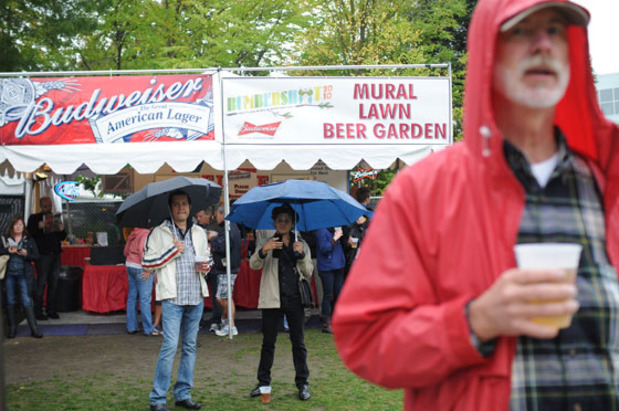 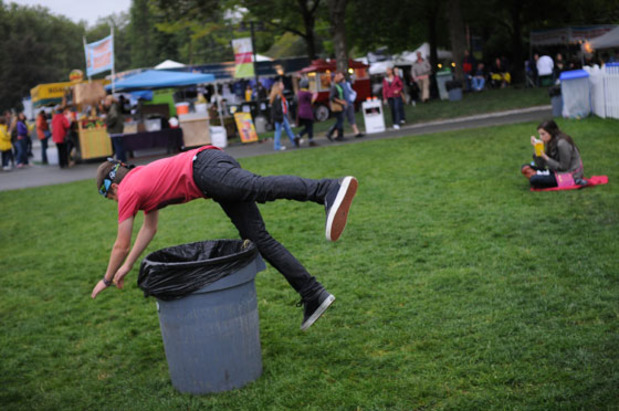 Japandroids, meanwhile, were doing their own miniature version of larger-than-life stadium rock. Turning the sound of just two dudes into a whole army, having what looked like a strategically placed fan on stage to whip their hair around. Its an achievement in itself, so even if they were unable to write songs with ridiculously catchy hooks we'd probably just be impressed by the volume and sheer amount of sound. 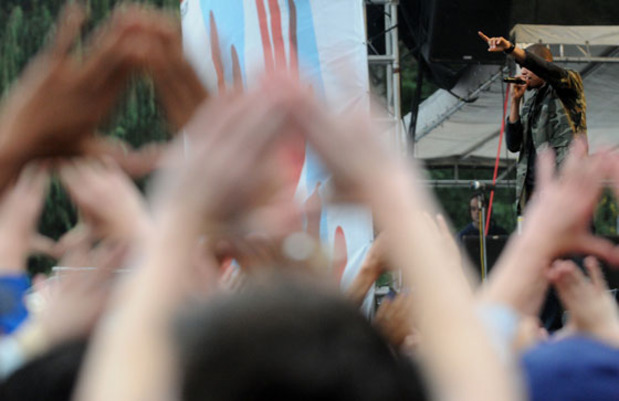 It was time to post up at the mainstage for J Cole/Drake/Mary J Blige. By the time we made our way in there, J Cole was wrapping up his set. We had no idea he had so many teenage female fans. 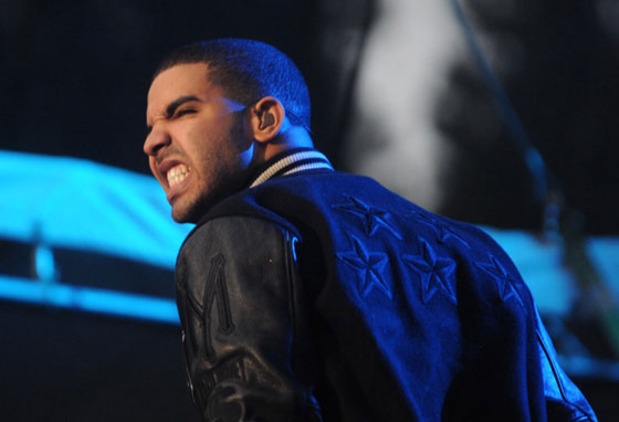 Then it was onto Drake. Drake live is a whole different thing than Drake on record. He's got a live band replete with dudes totally willing to do extended guitar solos on their knees with their instruments behind their heads, bass players who will actually play a slap bass solo, dudes on keys that are happy to throw a couple space sounds into their parts. Basically, it's Drake with a talented house band. Seeing him live also made it clear why he generally raps so slowly and clearly and in that warm, hermetically sealed Drake-ego bubble: it translates perfectly to a live setting. He's able to stop mid-song and go off on tangents about being unable to make a tour bus sexy, he's able to bring a girl up on stage to slow dance with and then be like, NO I CAN'T. Because Drake's ultimate move right now is the lonely touring artist looking for love in a sea of meaningless sex. 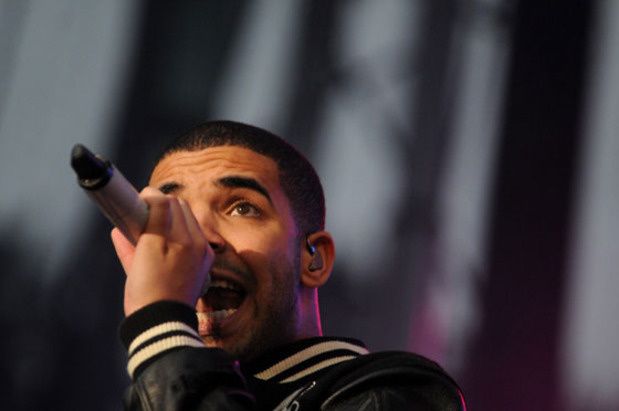 Repeatedly he asked if we thought he could find love in Seattle, and repeatedly a million too young teenagers freaked the fuck out. We can all see through Drake's performance, but that's part of what makes it great: he is fully going for it and doesn't care if we don't believe it. He's not over hamming it up, and he's daring us not to be either. 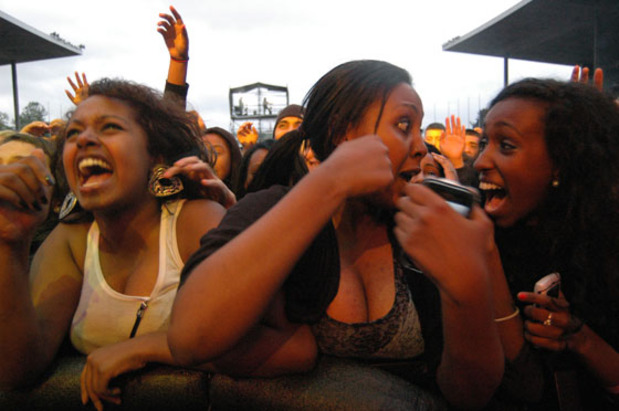 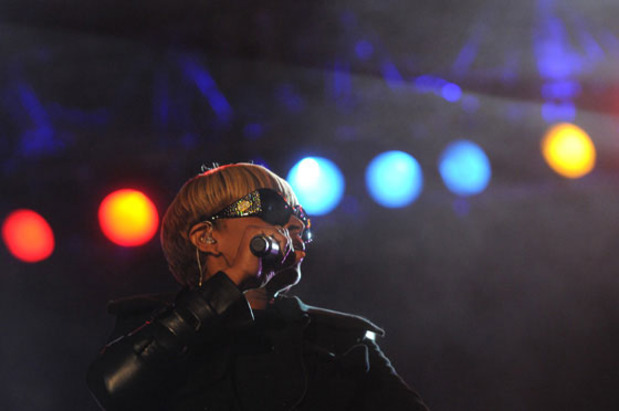 In that sense, it made a lot of sense that Drake and Mary J Blige shared the same stage. Blige, like Drake, is extremely successful, yet she's able to cast herself as the underdog. Even though much of the crowd had cleared because of the rain, there was still a strong audience of people wildly familiar with pretty much her entire catalog. She's still got quite a bit of energy, managing to perform for like 15-20 minutes straight without one single pause. Which, for the record, is generally longer than we can do anything nonstop. In spite of her extreme professionalism, aka evidence that she has done this billions of time, she seemed genuinely surprised at the level of fan excitement on display. We can only assume she does that at every show, but, like Drake, she sells it so hard that you feel like you're sharing a legit moment with her. It was the best possibly way Bumbershoot could have ended (except if they were handing out money at the exits or something).