We have a special love for Focus Creeps, the directorial duo of Aaron Brown and Ben Chappell, who've been responsible for videos like Girls' "Lust for Life" and "Hellhole Rat Race," Cass McCombs' "Executioner's Song," Neon Indian's "Sleep Paralysist" and plenty more. Starting with their new clip for Delorean's "Real Love," they'll be giving FADER a special behind the scenes rundown of each of their projects, the who, what, where, when and why of each video. We've got their answers and on set photos after the jump and the final product above.


What video are you making?
Delorean's "Real Love (Radio Edit)"

Why are you making it?
To animate "Real Love," poetically and brutal. 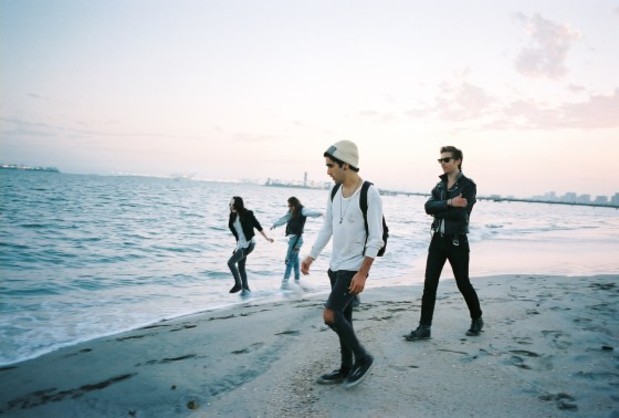 Where are you?
LA is where Focus Creeps shot the video. At first we were going to shoot in Basque Country, where Delorean's from. The narrative started from some stories of the band's youth: punk rock, summer day-jobs and intoxicated nights on the beach. Delorean used to be a punk band, I think. Actually the location is important, the beach is a loose homage to skate punk from Hermosa Beach, Black Flag, etc… and places around there. We shot there and the actors aren't actors. They're LA punks in LA punk bands. We put balloons everywhere to make it look like they were getting high like Christian Death or something. 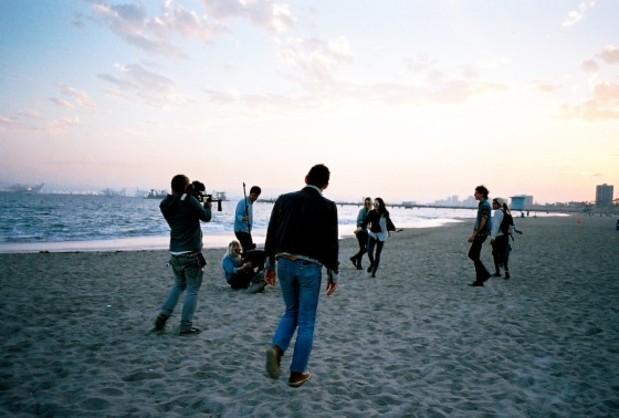 What is the story?
The story's the story of Love. Love starts out on the beach, like the edge of the world. You don't care. Then it gets violent, accidents happen, your friends get hurt, like an animal attacking you and the people & things you care for. It takes over and people transform like werewolves, people are passionate like animals, they can be mean. For a moment love is brutality in the video. So, in the video, you see that the people in the houses are no longer people, they're dogs, dogs in love. For love to be "real" you have to find that. 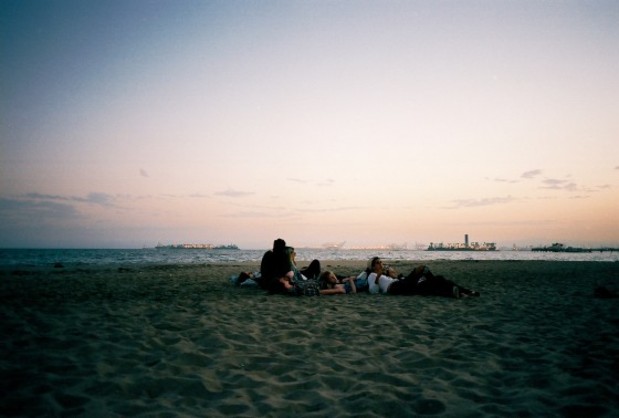 What weird shit happened?
Working with animals is weird, really weird. The trainers sculpted the dogs and they remained motionless, covered in blood and peanut butter, hanging off the car, they'll lay there until they break a bone if the trainer says so. You'd get carried away cause the dogs were so easy to work with and then you'd have to remind yourself, wait, don't let the dogs die. We used Visine to make the dogs cry. 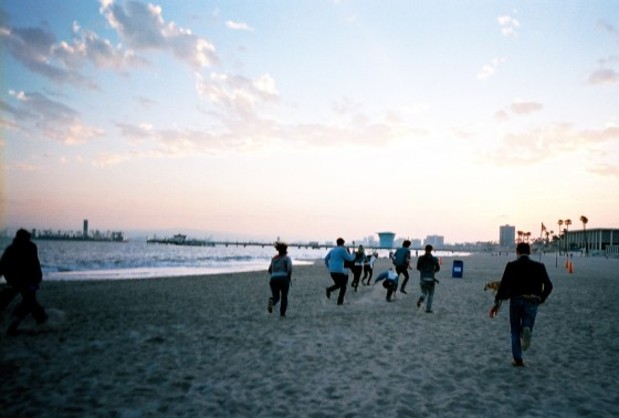 Was it fun?
Focus Creeps has always looked up to dogs, we all really admire dogs, they're virtuous, so it was fun to have an opportunity to use them as metaphors. I'm happy we got to develop the concept with the band as much as we did. And we were lucky to get to work with the kids in LA, they pretty much made the idea real. 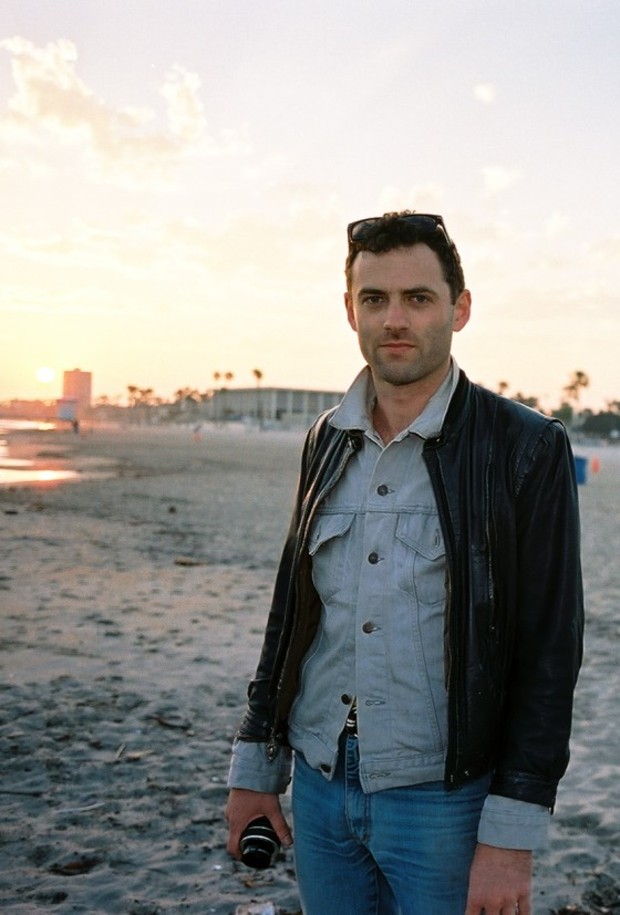