Freemans Pokes Fun At The Urban Woodsman and the Bearded Butcher

Years ago, Freemans Restaurant was one of our introductions to the now-commonplace New York subculture of urban dudes who worship rural Americana. Freeman's was famous for fried artichoke dip, an interior wallpapered with taxidermy, and waiters with handlebar mustaches who served you seemingly oak barrel smoked gin cocktails. Then they opened Freemans Barbershop where you could get a 1940s shave-and-a-haircut and Freemans Sporting Club, the best place in the city to buy wool trousers, tweed jackets, and mackinaws. Freemans helped remake the city in its own image, an army of dudes in busted-up Alden Boots and cuffed raw denim ready to scale Fir trees, guys who liked their meat free-range and recently killed, and their whiskey aged.

Now it's about to be 2011 and company after company has chomped their swag. What seemed like a subcultural phenomenon has now become a marketing tornado. So what's a brand to do? Satire, it seems. Freemans and Tim Barber have collaborated on a new look book that pokes fun at all the stereotypes that have overwhelmed the city of late. There's a classic pre-war butcher spoof and an easy take on the urban woodsman, but after the jump check out their renditions of the bike messenger and Whole Foods yuppie as well. Not sure how this will play with their demographic, but someone had to do this. (via HypeBeast) 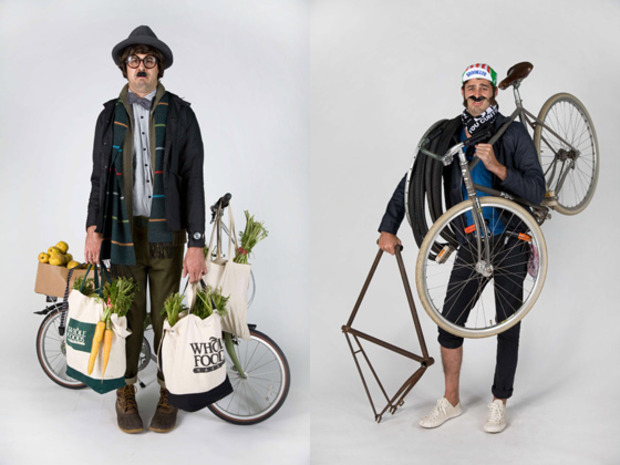