Honestly, the amount of mixes we listen to in a single day is somewhere around a thousand (four at a time, two per ear usually), so you could say that we're usually skeptical when another one gets thrown our way. However, Douster—who we profiled in FADER #63—is a dude that we feel comfortable abandoning all those other mixes for. Part peak into his weird mind (favorite quote from that issue's story: "I started to imagine people living with dinosaurs and making music.") and part preview of new stuff he's working on, the mix features favorites like Young L's "Hot Thang" and Mavado's "Pepper" as well as some of his own material, like a remix of Munchi's "Madre No Llores" that is labeled as "Douster Weird Remix" and is actually pretty weird. But that's the beauty of Douster, he knows how blow our minds without pulling us out of the dance zone—that is wildly hard to do! This Friday, he starts his North American tour at the Flashing Lights party at Public Assembly and then will pretty much be riding a dinosaur around Vegas, Canada and Mexico City for the first week of March. Tour dates and tracklist after the jump. 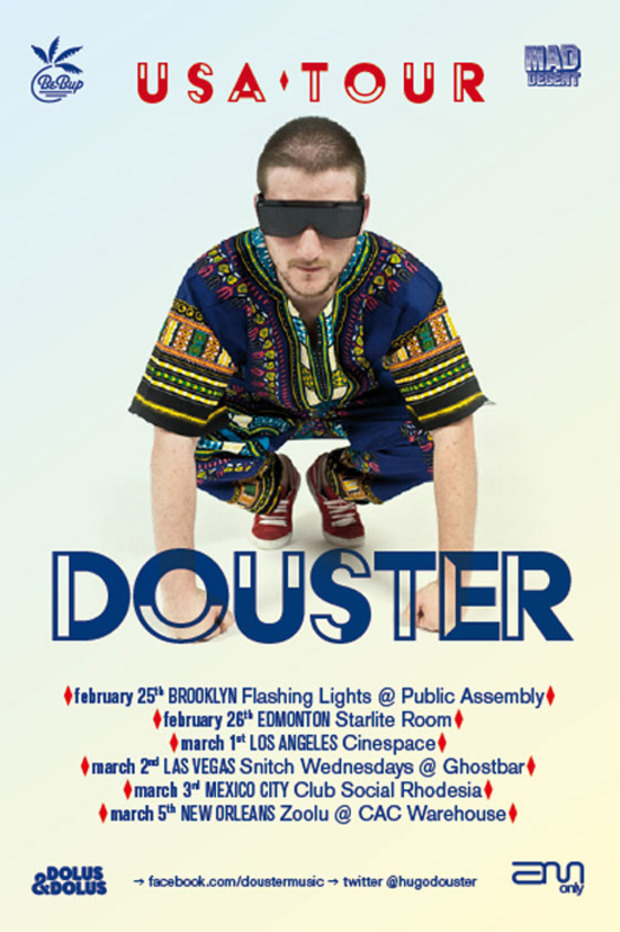