The inspiration for this song is street etiquette. You rely on other people within your organization but you maintain a hands-on approach, you never remove yourself from the loop. At the end of the day, counting all that money is still a job and somebody gotta do it. I actually had the concept for this song way before I had ever heard the beat. One day me and the homie, Bravo, was choppin' it up and out of nowhere he was like, "Say.. you should do a song about countin' so much money that you get paper cuts on your fingers. I just busted out laughing at the time, but it sounded like a cool idea. Then, two to three weeks later the homie Madd sent me this beat, sampling a money machine in it. As soon as I heard the beat I knew the paper cuts concept would fit. I like how wide open the beat is. I have rap ADD so I get bored if the track is limited; that's why I used two to three different flows, cuz I hate to sound redundant. On a song like this all people really care about is the hook and the beat so the lyricism is a bonus. If anything, the challenge was to stay unpredictable and not just rap the same way on the entire song like most rappers do. It's just honest; Anybody who has ever hustled, from the weight man all the way down to a trapper, can identify with the song because they know exactly what I'm talking about. And when you can take the truth and make it entertaining, people don't have to directly relate to it to enjoy it. They can listen to it and respect it for what it is—quality music.

When not plainly stating the toxicity of cooking residue, SL's staying busy preaching behind hashtags (#beforewehadjustin, #yallneedtobreakup, #onlyintheghetto, #liespeopletell). Yesterday, he celebrated the lighter side of trapademic life: 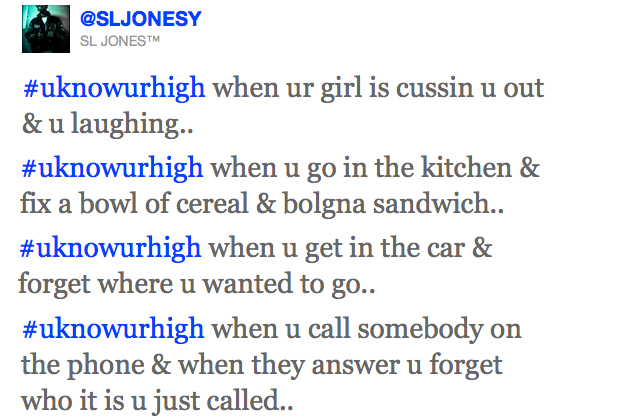 Jones' long-cooking mixtape will be on the table, "prolly next month."