Interview: Sarah Kramer of The New York Times on Coming Out of the Closet

Sarah Kramer's Coming Out, a multimedia project for The New York Times, is powerful precisely because of its ambition. Kramer asked teenagers across America to share their experiences as young gay and trans people. Along with photographer Nicole Bengiveno, they went into the homes of kids who, mostly still in high school, were eager to publicize what is typically a private experience. Starting this past Monday, each day this week the Times published one audio interview set to a photo slideshow, with tomorrow's being the last. For gay youth, the fear of speaking out and belittling of their voices is perhaps the hardest part of high school life. Kramer's story subverts that routinely oppressive narrative. These are young people telling their own story—no one doing it for them. Click through to read our interview with Kramer about the process of putting together the project.

How did you find these kids? Each of the kids came from a totally different place. We fanned out to multiple organizations like, "This is what we're doing, can you spread this to the kids you're involved with you?" Some of it was much more word of mouth. Sometimes it was through teachers. Sometimes kids led me to kids, like the Cadet, Thomas Miller. I was on the phone with a lovely kid in Mandeville, Louisiana, whose mom had heard about our project through PFLAG. Her son told me, "You know, honestly, I could tell you my story, but I have friends who have more going on than I do. Do you want to speak to my friend Thomas? He's in the ROTC." And that was a story I wanted—I wanted to know what was going on in the ROTC, but that was a hard story to find because you can't call the ROTC chapter and say, "Hey, can I speak to any kids on your team that are gay?"

Since publishing the project, you’ve had a big response from other kids who want to tell their stories and you’ve been cataloging them on the site, as well. It’s been an outpouring. I didn’t know so many people would just, you know, elect to do it and do it quickly. We have something like 270 still to go through.

How long has this whole process taken? About five or six months. 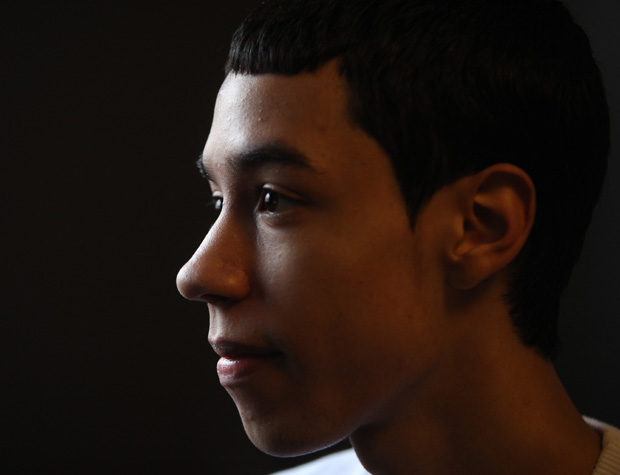 How did kids’ parents react? Did they all give permission? That was by far the most challenging part of the project. There were other kids who I met along the way, but the process was dead-ended because they weren’t comfortable asking their parents or their parents said no. I definitely had a phone conversation with every parent. There was more trepidation before we arrived. They didn’t have faces to put to our names, we weren’t human to them. But once they met us, I think it ultimately ended up being a good experience for them.

Calling the project Coming Out, did you get a sense that, for these kids, it was a real coming out? Or they had already been open in their environments? No, they were already out. There were kids that I spoke to who wanted to use it in that way. There’s a piece [out today] that's one girl speaking but she’s speaking about her relationship with another girl. And so by virtue of that, the other girl was featured too. It went back and forth as to whether she would be featured in it, and it was partly because her Grandmother didn’t know. So she ended up telling her grandmother as a result of wanting to be part of it. But basically the kids were out.

What do you think the result of this kind of project will be for kids’ personal lives? I think that for them, this was one more part in the process of really standing in their identities in certain ways. Because what I definitely found from reporting was that most every kid wasn’t out across every area of their life. They weren’t necessarily in hiding, but it just wasn’t over for them. And I’ve heard experts and kids say, “You’re coming out your whole life.” You’re always entering into new situations. 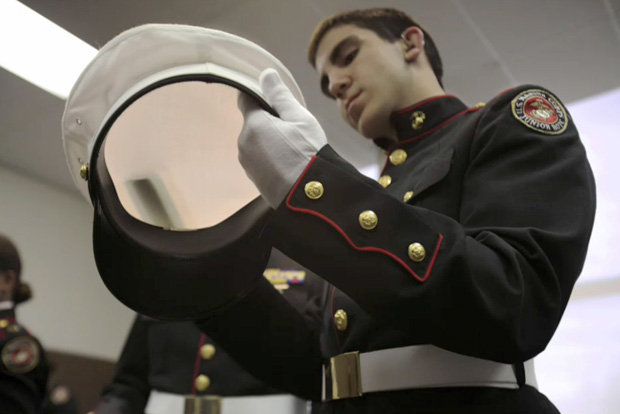 So many of the stories became about more than just coming out, but other facets of kids' lives as well. Like Kalley Jeanne’s story, who was really active in her church. I think that's what we were trying to do. And the way Kalley Jeanne’s story turned into a discussion of religion—I thought the religion story we were going to tell was going to be quite the opposite of Kalley Jeanne's. Many gay kids end up losing faith. They don't seem to be able to be gay and religious. I was hearing a lot of those stories, and I thought that that break from the church was the story we were going to tell. But then Kalley Jeanne had sort of a different experience with religion.

That story was very unlike most typical narratives about religion and homosexuality. It said a lot to me about where things are in 2011, because even I couldn’t believe those two things could go together for a young person so easily. She's completely, completely earnest about it. There is no conflict. I think there was conflict at one time, but there is not a conflict now. She's really religious. She actually has this Marilyn Monroe quote on one door of her closet and then the other is an excerpt from the Bible. They both really exist for her.

Did you have a political agenda for the piece's outcome or were you just trying to tell stories? I have no agenda at all. My only objective is to be fair about it and have an even hand in my storytelling and to portray the kids with dignity. It is their words, but I was not out to make them sound worse or better than they sounded. I was out to tell their story in a way that reflected what they said to me. This is just about good storytelling, and I would hold the same standards on any topic.

culture / News
Interview: Sarah Kramer of The New York Times on Coming Out of the Closet