Beyond Digital: Old Vinyl and New Pop in Casablanca

Last time Jace Clayton (bka DJ Rupture) was on the road with FADER photo editor John Francis Peters they were chasing down tribal guarachero in Monterrey Mexico. Now they're in Morocco for the month of June, working on an art/research project called Beyond Digital. They'll check in each Friday.

Forget Bogart. Casablanca is an utterly modern city, North Africa’s largest, with traffic-choked roadways and upscale neighborhoods and swaths of shantytowns whose residents have satellite dishes but no running water. While most tourists skip Casa to spend their dirhams in more scenic towns, the gritty magnet metropolis pulls in folks from all over the country looking for work, and powers Morocco’s music and art scenes. I’m here for a month with FADER photo editor John Francis Peters and an international crew of six others. Music brought us. We’re working on a project called Beyond Digital—website coming real soon—somewhere between art and research, exploring the intersections of new musical currents, technology and youth culture in Morocco. 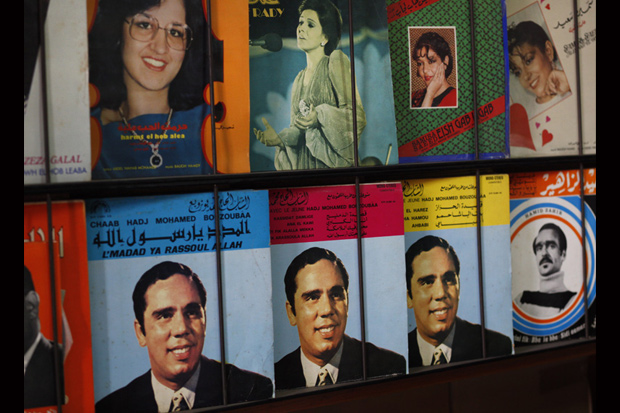 Since today was our first day in Casablanca, we decided to start things off gently, with a visit to Le Comptoir Marocain de Distribution de Disques, a welcoming shop-distributor-studio on 26 avenue Yalla Lacout in downtown Casa. It’s one of the most incredible record stores I’ve ever seen, even more surprising than that barber shop/second hand record store that Dave Toecutter took me to in Sydney, Australia; and as well-organized as the reggae spots in Shibuya and Shinjuku. Le Comptoir’s dark wood panels house eye-popping 1960s and 1970s vinyl records from around the Arab world, a time of luscious full-color LP artwork and design. It’s not a retro spot. Time, here, flows molasses, which means that the records are in great condition and the prices are normal (a DJ’s dream). The white-haired guy behind the counter, M'hamed Tijdity, has been working in record stores for nearly a half-century. In addition to the shelves of slow release time-capsule vinyl, they’ve got cassettes and CDs for sale. Nearly all the music is acoustic, no drum machines, synths, or wild Auto-Tune vocals here. 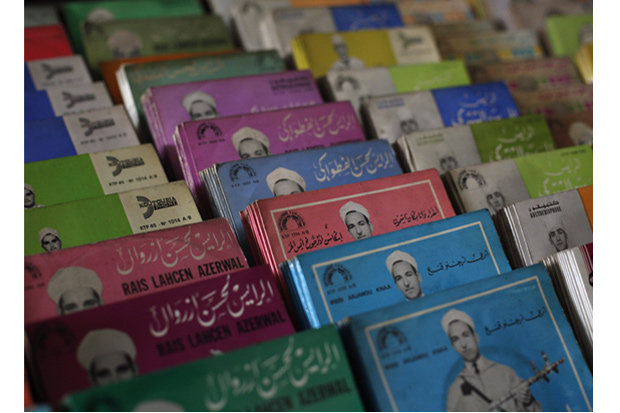 Out in the streets, though, you’re more likely to hear stuff like this chaabi banger from a popular 2010 bootleg compilation. No artist names or titles on this one, so here’s what I call it: “good production, hypnotic beat w/ nonstandard chaabi swing.” 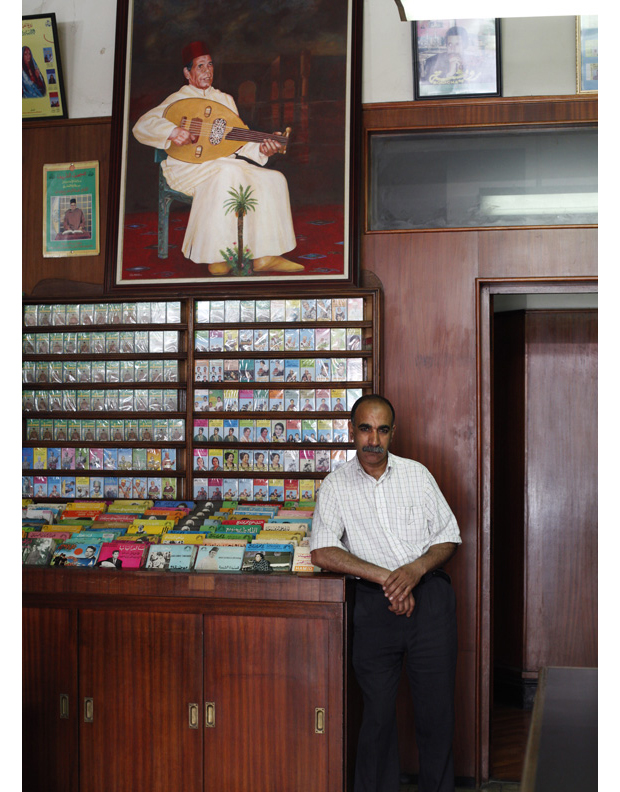 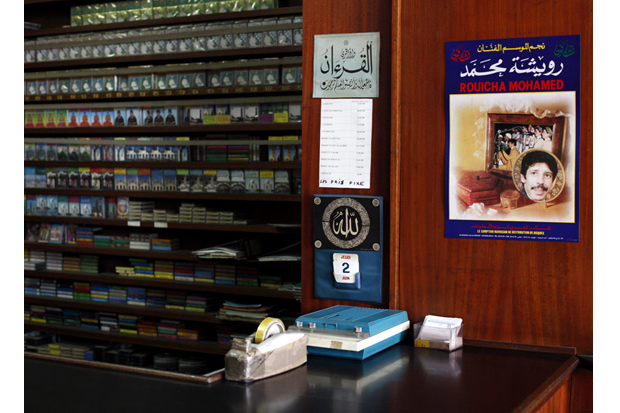 Boubker Elhaimer engineers for the recording studio in Le Comptoir’s basement, where many of the country’s biggest Arabic and Berber stars have cut records: Oudaden, Jil Jilala, Izenzaren (a great word meaning ‘sunbeams’), and the Casablanca band from the 1970s that everyone still covers today, Nass El Ghiwane. Le Comptoir specializes in gentle Maghrebi music that rocks on tranced-out time, perfect for combating jetlag after the redeye from NYC. (Also useful as a jetleg deterrent are the many amazing fruit juice stands in Casablanca—fresh OJ and avocado juice anyone?)

This next tune is a song halfway between traditional Berber songs from rural Morocco—popularized in the 1970s by Le Comptoir’s main artist, Mohammed Rouicha—and our Auto-Tuned, pixelated tomorrow. It’s by Adil El Miloudi. Adil performs across Europe and tells me that this summer he’ll be making appearances in to Florida and Boston, for the first time. His breakthrough song, “Nothing Nothing”, has well over a million YouTube views. Adil lives in Kenitra and performs regularly at a Tangier nightclub called the Morocco Palace (free entrance but they gouge you on shisha and drink prices).

The Palace has a light-up disco dance floor and really good subwoofers. Everything else is covered in intricate Islamic pattern woodcarvings, except the enormous flatscreen TV right above the stage, which is set to a music video channel and is never, ever turned off, even when live bands are performing underneath it. Adil rolls around town with a phalanx of young guys whose primary duty seems to be handing him various cellphones at the appropriate moment. I know this because, after calling several of those phones, I found myself, along with Maga Bo, at Adil’s house at four in the morning a month ago. “This is Tom,” he said, pointing at his manager. “And this is Jerry,” he said, pointing at his cat.