This afternoon, around 3:45, Kanye West and hip hop yogi Russell Simmons visited the Occupy Wall Street protest in lower Manhattan. He wore flannel by Givenchy and gold teeth. Allegedly, he didn't talk to anyone then left in a car. Kind of a bummer week for Kanye—people saying he's too low brow for couture, too high brow for the 99%. Twitter user @ngozi_blessings wrote, "My baby Kanye is down n new York greeting the people at 'occupy wall street' # yessss go head boo boo be apart of the movement," but at large, the #ows hashtag trolls didn't appreciate the appearance: 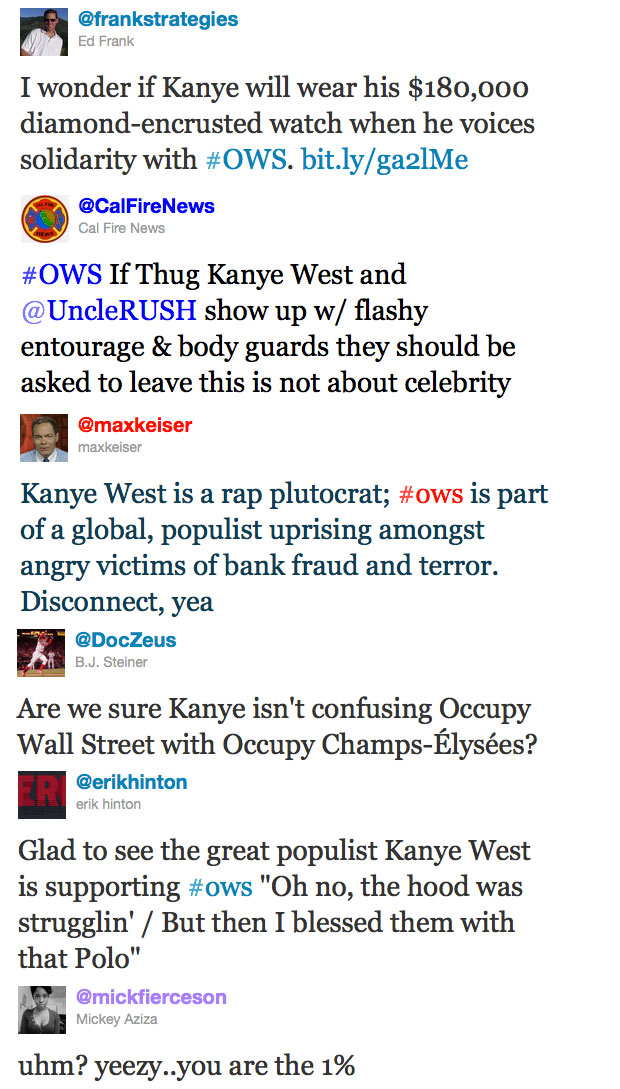 Update: Okayafrica.com has a brief video of Kanye and Russell Simmons being interviewed. Kanye says literally nothing, though no word on what was potentially edited out—he's not one to hold his tongue.