Preview: This story will appear in FADER #78, on stands soon. Congratulations to Hyden Yoo and Rachel Roy, who debut their brand new collections today and tomorrow at New York Fashion Week.

It’s become standard practice for fashion designers to draw upon old films for inspiration, but we were intrigued to see that Rachel Roy and Hyden Yoo, two very different designers, both openly credited the same NC-17 flick, 1992’s The Lover, as the centerpiece of their spring collections. Directed by Jean-Jacques Annaud and adapted from a semi-autobiographical novel by Marguerite Duras, the movie tells—with lots of nudity and dramatic violin solos—the story of a Lolita-esque affair between an underage French boarding student called “The Young Girl” and a nameless wealthy Chinese man in 1920s Vietnam called “The Chinaman.” A racy, borderline inappropriate film, The Lover was not loved by critics. We took a look at Roy and Yoo’s spring collections and asked each designer how they distinctly reinterpreted this bizarre love story. 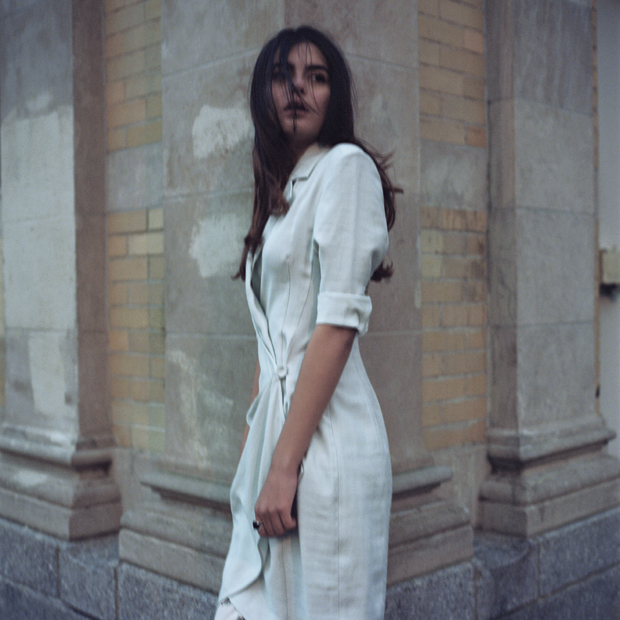 One of the things that [Vogue contributing editor] André Leon Talley taught me to do was to watch old films on silent over and over for inspiration. That’s what I did with The Lover. I allowed myself to watch the images and not care about anything else. In my designs, I tend to borrow a bit from the boys. I tried to do that with the silhouettes for this collection. I started thinking of “The Chinaman,” with all of his gentlemanly suits and what that means today. What happened to the gentleman? Does he still exist? His suits were quite soft and feminine and the fabrics were fluid, probably because of the temperature in Vietnam. How does that translate to the loose suit and what would that look like on a woman today?

I love the idea that all the colors came from water for this collection. There’s a very pale suit that I cut into shorts to freshen up a bit. I was really drawn to the pajama pant and did it in a safe enough way that women could wear it to work and not feel like they’re wearing pajamas. I included several dresses with the Vietnamese neckline. It’s quite a modern version—you won’t look at one single piece and immediately think of The Lover. Maybe if I had watched it over and over with the volume on, I would’ve been drawn into the whole story of love and longing. But I don’t know what I would’ve come away with. 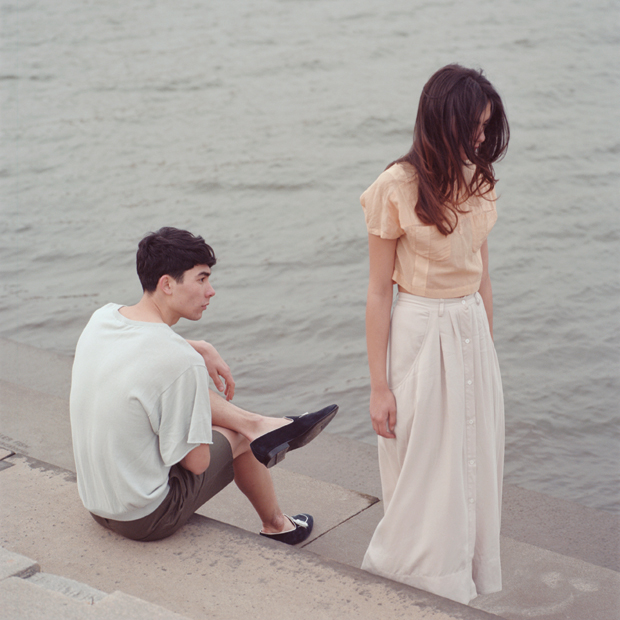 When I think of a love story, I think of cheesy movies like The Bodyguard. But can you imagine if I had designed a bulletproof vest? I saw The Lover in the ’90s when I was in college, and I just remembered the romanticism in the movie. I thought, This is a straightforward love story. There’s fear, love, passion. I made my design team watch it and we agreed. It was an exploration of taboos. Jane March [The Lover’s lead actress] just seemed to do a lot of NC-17 movies at the time. There’s that underage eroticism, so one of our womenswear pieces was shredded near the neckline. We had a silk and cotton blend shirt that was basically very sheer except for large, oversized pockets where the chest was. There’s a fine line between being sexy and slutty. We didn’t want it to be gratuitous or vulgar. In the movie, she’s just an innocent girl who has this amazing, nostalgic beauty.

For the men’s stuff, we just tried to modernize the shape. It’s very sharp and tailored. Even though it was based in a very gritty country and the village looks dirty, he’s always pristine and clean and proper. He’s just this really handsome, wealthy Asian gentleman who is very well-dressed, well-kept and very respectful. I joke that I’d like to think of myself described that way.