Sam McPheeters is finally a writer.

As the singer for the seminal groups Born Against, Men’s Recovery Project and Wrangler Brutes, Sam McPheeters was responsible for writing such confusing and awesome songs as “I Am a Idiot” and “Email is a Mens Room.” He once released a record that was a recording of him reciting a speech by Patrick Henry. In short, he has a way with language. He’s recently given himself a broader platform, writing a popular blog and a host of magazine articles, all leading up to the release of his first novel,. The Loom of Ruin., which, it turns out, is not his first book. Here, he recounts his continual rebirth as a writer.

I became a published author when I was 12. This was in 1981, in Albany, New York. My best friend Mark and I put together Travelers’ Tales, a 65-page anthology of local legends—yarns about ghosts, monsters, UFOs, hidden mysteries and notable oddities. The subject matter veered towards the fantastic, but it was clearly a book written for grownups with a passing-to-strong interest in the regional folklore of eastern upstate New York. Mark was older than me, so my role in the book was largely research gopher, although I penned a handful of serviceable chapters. My parents loaned us the cash for two printings and a local bookstore championed our cause. The book sold 500 copies.

Partially because of my age, we got some press. My fashionable bowl haircut made all three local newspapers. Mark and I appeared on an episode of PM Magazine, which was sort of a TV news show for people who hated news. We spoke to an elementary school class about writing, marking my very first experience addressing an audience of bewildered young people. 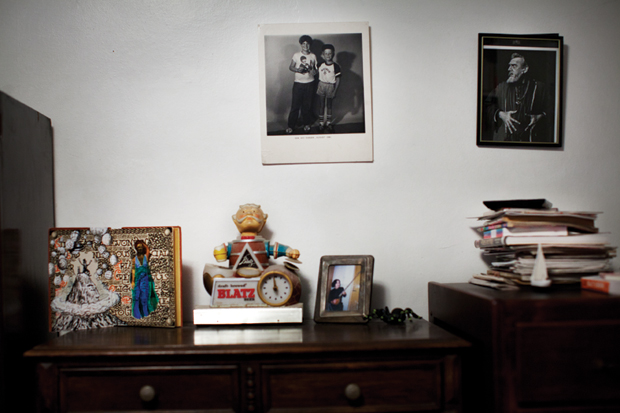 None of my peers knew how to react to what I’d done. I wasn’t sure myself what to make of the book. In the schoolyard, the subject was a conversation killer. The phrase, “Hey guys, I’m a published author!” has remarkably little play among fellow seventh graders. Try yelling it in the heat of a dodge ball game and see what happens. By high school, I’d stopped talking about the book entirely. I continued not talking about it through the 1980s, the 1990s and the 2000s. The longer I knew someone, the weirder the subject became to broach. Curiously, the internet ignored this piece of my past. I was free to ignore the book for as long as I wanted.

There are a few reasons I kept mum. For starters, I recognized early on that the biggest barrier to becoming a writer was to believe I already was one. All Travelers’ Tales proved was that I could work with instruction. My early solo writing was not so hot. It took decades of churning out sloppy copy before I felt comfortable with the way I presented myself on paper. I have a fat folder of unfinished fiction that is as painful to read as it was to write.

And if I’m being honest, Travelers’ Tales didn’t completely jibe with my role as the lead singer of a punk band. I wasn’t embarrassed by the book—I just never found a way to shoehorn it into my adult public persona. My bands were reactionary agents, pushing against obscure subcultures in ways that required deep context for outsiders. As my own writing style solidified—through school newspapers, then fanzines and lyrics—into something cartoonishly confrontational, Travelers’ Tales felt more and more like a relic from a previous lifetime. Also, the book seemed too commonplace to talk about. Doesn’t everyone have something peculiar in their childhood? An incident of Girl Scout heroism? A brief abduction by a mall Santa? An astronaut uncle with a badly concealed foot fetish? This one oddity in my own preadolescence may have been a shade more Doogie Howser than Stand By Me, but it didn’t seem much odder than the oddities in everyone else’s childhoods. 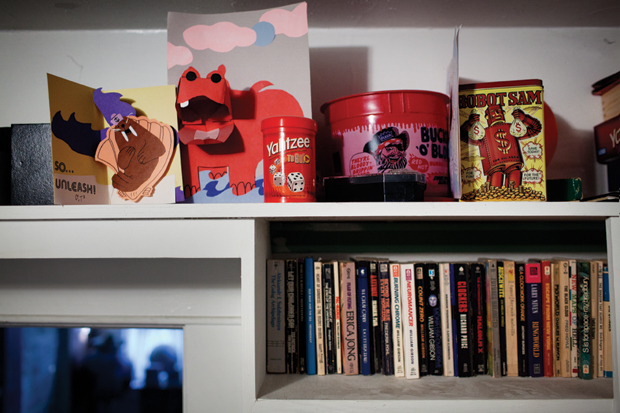 More importantly still, the tale of Travelers’ Tales required more backstory than I cared to give. For one thing, I was 12 and Mark was 19 when we wrote it. For another thing, our friendship was forged when we were both students at an anything-goes hippie school that encouraged both youthful creativity and savage violence. And for still another thing, Mark later married my mom. They’ll be celebrating their 25th anniversary this year (I saw him at Christmas; he said to say hi to you all).

I’ve been thinking about this period of my life a lot recently. After three decades, I finally have another book coming out. My first novel, The Loom of Ruin, will be published early this spring. Having spent years in bands, I’m well-versed in the hustle and slog of self-promotion that most authors claim to loathe. I’m on intimate terms with long drives, promo posters, public speaking and merchandise tables. My upcoming six-week book tour sounds like a joyride compared to band tours. As lonesome and weird as “the road” can get, it’s exponentially better if you don’t end your nights sweaty, hoarse and embarrassed. 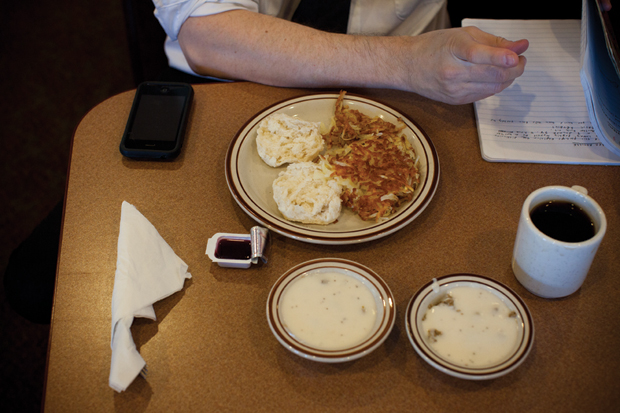 I do, however, have one problem with self-promotion: my own reactions. When it comes to the specifics of discussing my novel, I’m still coming out of Travelers’ Tales hibernation mode. Having spent most of my life not discussing a book, it feels boorish now trying to discuss one. I can wildly overcompensate in several ways. Last month, for example, I ran into a friend I hadn’t seen in a while.

“Ah. It’s stupid.” I mumbled, looking at the floor.

For the record: my new novel is not stupid. It is the opposite of stupid. It’s absolutely the best thing I’ve done with my life. Christ, it’s a good read. I envy you people getting to read this for the first time. If you’re a fan of any of my bands or even a fan of my bands’ genre—berserk wackadoo punk music—this is a book that will deeply tickle your fancy. And if you were an avid reader in early 1980s Albany, and you always wondered what became of me, here’s your answer. It took me a bit longer than planned to get my sophomore book together, but it’s here now. You should read it.