Nicki Minaj’s new album Pink Friday: Roman Reloaded dropped this week and to celebrate, she performed a quick three-song set in Times Square put on by Nokia in honor of their new Lumia 900 phone. Right below the Swarovski Crystal ball that drops by Dick Clark's countdown, it felt like a quarter-year New Year's Eve event when Nicki surprise-emerged from a big blue box stage with cheetah-print tights and platinum blonde party hair, a brightness that made her visible through the massive crowd. She did two new songs, "Starships" and "Right By My Side," and then, what at this point has become her standard, "Superbass." Though she didn't actually sing or rap that much, only even occasionally holding the mic to her mouth, she jumped, hair-whipped and danced through the entire set. 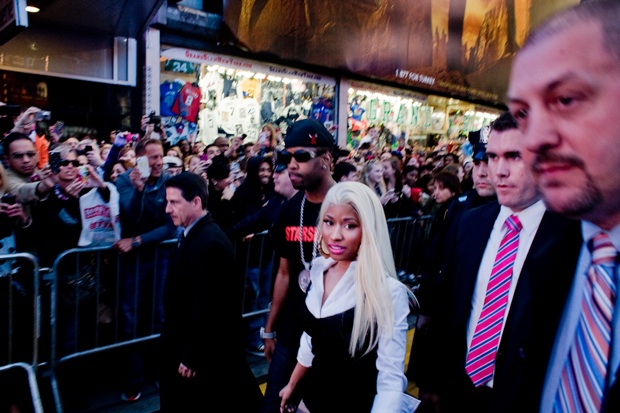 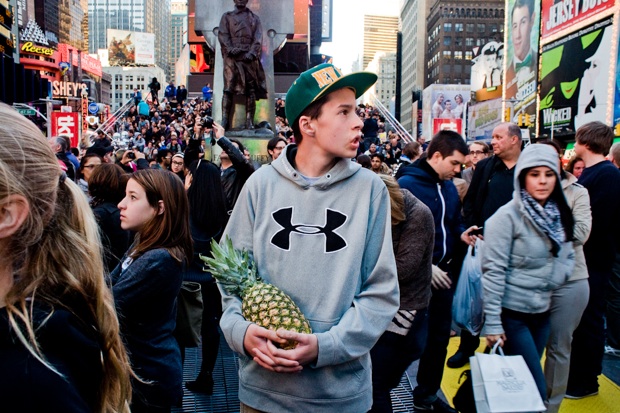 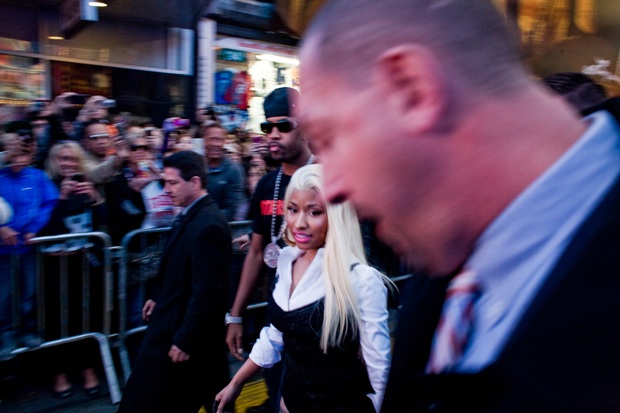 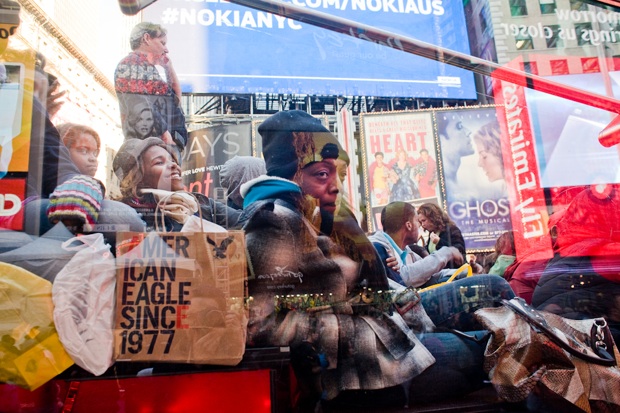 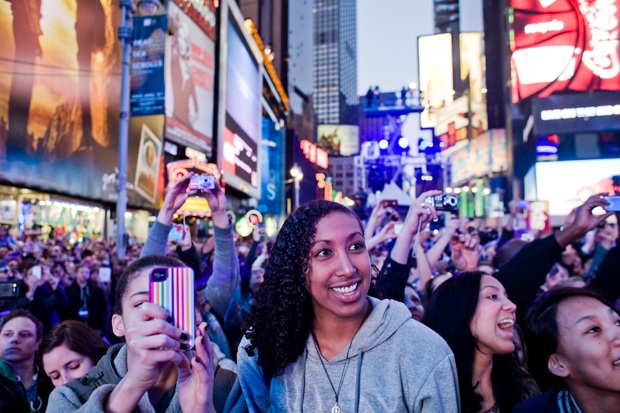 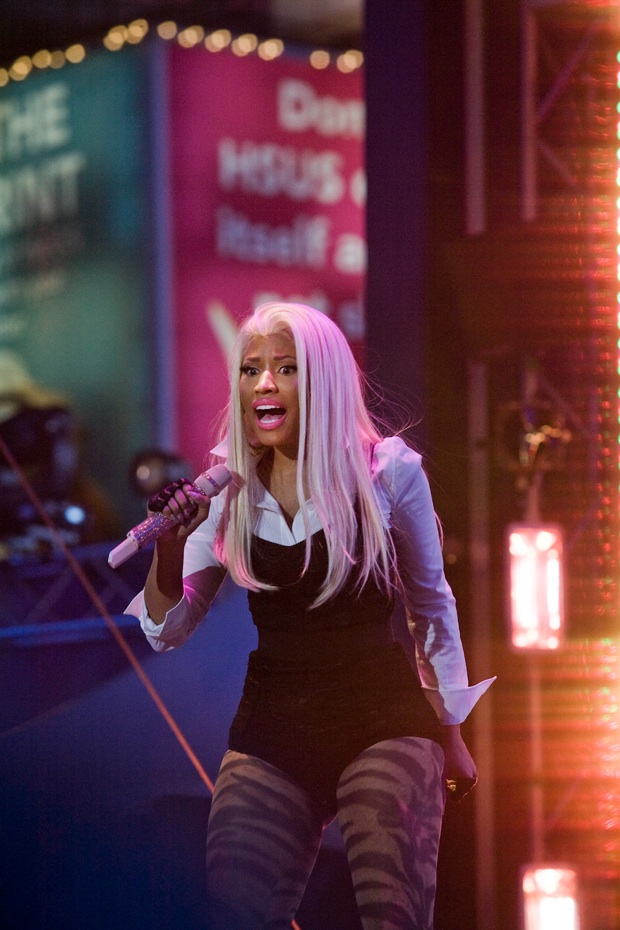 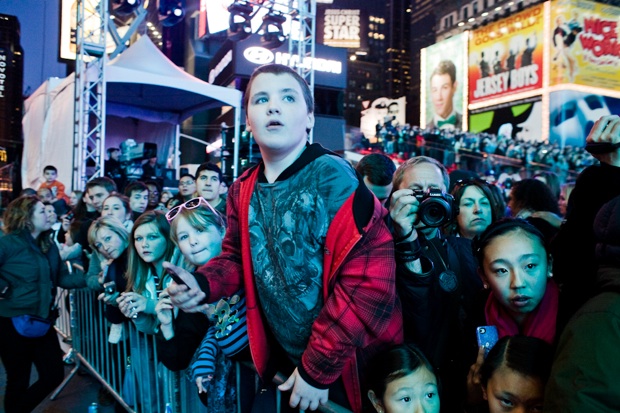 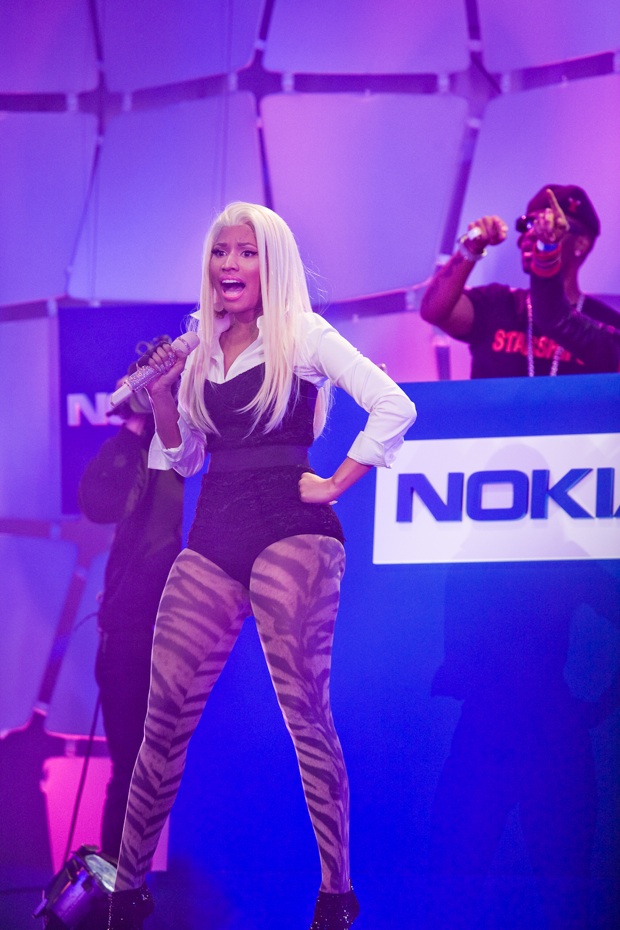