It's always kinda weird when artists do entire cover albums. Like, yeah they can be good and interesting and fun to listen to, but it sometimes feels like they're designed as a placeholder until something else comes down the line. Individual covers though? Mostly that's cool because it helps contextualize some of our favorite bands in the great pantheon of rock music. It's basically like them saying, HEY DUDES, HERE'S EXACTLY WHERE WE FIT INTO THE IMAGINARY ROCK MUSIC TIMELINE THAT FLOATS AROUND IN ALL OUR HEADS BECAUSE WE SPEND AN ABSURD AMOUNT OF TIME THINKING ABOUT MUSIC. It makes non-linear things linear, and that's worth something all on its own. It also yields some great, vital new-old (old-new?) music. Here, Pond cover Smokey Robinson's "Tears of a Clown," presumably because they're about to embark on a whole European tour and wanted to give people that cared a taste of what you can expect from their live show. If you're reading this and not able to go to one of those shows, we'll just tell you that watching Pond live is as close as you can get to hopping in a time machine back to the late ’70s/early ’80s and seeing an overly decadent, off the rails, appealingly sloppy rock show. It doesn't feel purely nostalgic though, there's self awareness too. 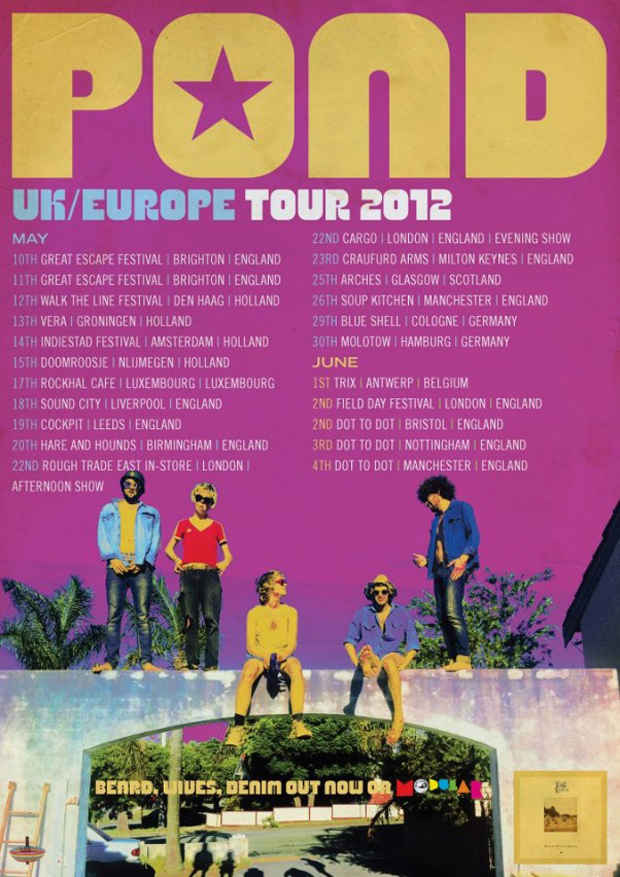