The actor and comedian remembers the most exhausting tour ever.

In the summer of 2008, the comedian Hannibal Buress set off on tour with 25 performers for F Yeah Fest, an exhausting-sounding cross-country music and comedy tour encompassing 28 shows in 27 days. His tour-mates included Tel Aviv’s Monotonix, an over-the-top three-piece who emigrated from Israel supposedly because they were banned from too many venues—an odd assortment of peers for a man whose jokes often hinge on his low energy. In the years since, Buress’ career has blossomed, garnering writing jobs for shows like Saturday Night Live and 30 Rock, and the recent release of his first stand-up special for Comedy Central. Here he looks back at the bizarre experience of F Yeah, and, since it didn’t kill him, how it might’ve actually made him better.

Somebody recommended this tour to me, a mutual friend. I hadn’t really toured before, so I was really excited about it. I’d always seen tour buses in videos, and I was thinking, Oh, we’re going to be on a bus playing video games. That’s what I thought. It turned out to be a school bus fueled by vegetable oil. We’d go to restaurants in some cities and ask for their garbage grease. 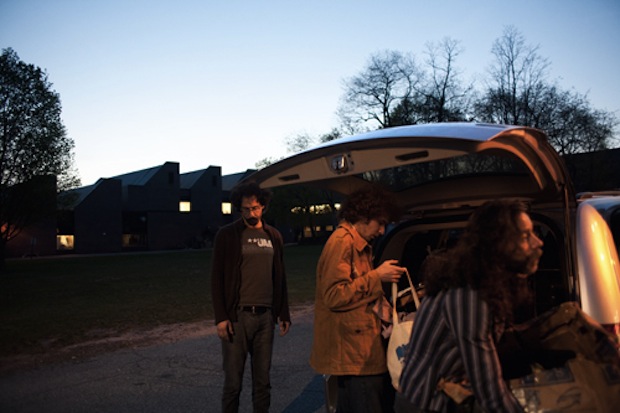 The first time I saw Monotonix live, I was like, These dudes are insane. The music was cool, but it was more of a soundtrack to the antics. They would be climbing on the rafters, setting stuff on fire. They would throw a garbage can on the head of the drummer, and the drummer would keep drumming. They would have people lift the drum kit, so he would be drumming while on people’s shoulders. In Iowa, they took the whole show outside.

These were long shows, usually three or four hours. The standup section was me and this other comedian, Nick Flanagan. Nick Flanagan is the nicest guy in the world, but he bombed every show, I swear to god, and I don’t even believe in god. It was so weird. Bombed in Austin, bombed in Memphis, bombed in Chicago, bombed in Iowa. Just traveling the country bombing. He was like, Damn, man, this is rough. I had a couple rough cities, but I had some good sets too, and it helped me learn how to adjust to some crazy situations. 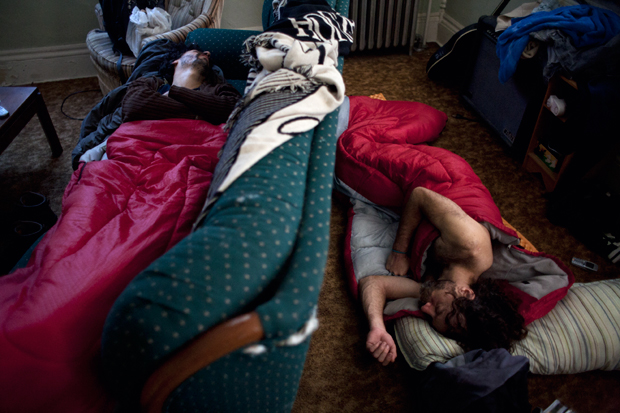 At night, we would hang out, drink and go wherever we were sleeping. It was just about finding a place to sleep. The promoter had said there were going to be hotel rooms in every city— that’s the way he got me on that tour—but it turned out we were just sleeping on strangers’ couches and on the floor. When the tour went through Chicago, the venue was like three blocks from my house. I could have been like, You know what, I’m doing this show, and it’s been good working with ya’ll, but fuck you.  We had a shitty per diem, too, like six dollars, and sometimes I wouldn’t even get it. I could have just got off the bus, but for some reason, in Chicago, I got back on. I have a thing of not wanting to miss stuff. That’s the thing that keeps me at a bar until four o’clock. Something might happen.

I’m on the road a lot myself now. Most gigs I fly to, because they’re spread out. I have a lot of miles and sometimes I get upgraded, which is always really nice. I got upgraded yesterday. It felt really good. Now it’s different, because I go to a city as a headliner, rather than an unbilled comedian among eight bands. When I go to a place, my name is on the show, I’m doing an hour of material, it’s been promoted and people are there to see me. It’s flattering and I appreciate it a lot, because that’s how I make my living. 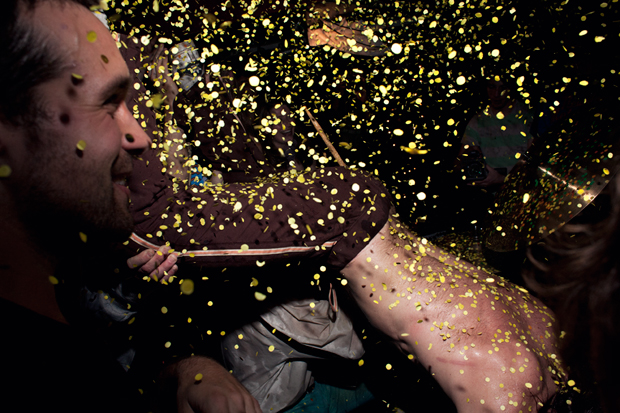 Looking back, some of those shows were really tough, but when you do comedy in a situation that’s not ideal and you’re able to pull it off, you can go to a place where people are there specifically for comedy and it’s way easier. Performers improve by performing. It’s just fun to shift your brain into a different mode, because so much of my energy is focused on doing straight stand up. Even though the conditions were pretty horrible, I did have a fun time. I remember we had speakers on the bus, and you could hook up your iPod and DJ for a little bit. I guess those were good moments from the tour. But it wasn’t that good.