The last week of August 2011, I found myself stranded in Ann Arbor, Michigan. My band Caveman had been one week into a tour with The War on Drugs. It was late summer, we were about to release our first record and we were thrilled to be on the road. I could have never anticipated that my trip would end there, after a string of insalubrious shows in the Northeast, but the morning after our show in Boston, I awoke to discover what looked like a series of bug bites underneath my waistband and on the right side of my neck. By the afternoon, I was getting chills and the rash had begun to spread. That night, I played through a haze of fatigue in Winooski, Vermont, and awoke the next morning looking like the unfortunate result of a hypochondriac’s late-night Google search. I powered through the Montreal show the following day hoping to just will away the problem, but by midnight, I’d checked myself into a hospital, ominously named “Hôtel-Dieu.”

At the sight of me, the ER nurse donned gloves, slapped a SARS mask onto her and my face and instructed me to wait for the specialist. The other patients in the waiting room shifted anxiously in their seats and averted their eyes. The doctor came along with five underlings who each volleyed potential diagnoses at him. Reactivation of chicken pox? Scarlet fever? Lyme disease? Measles? Rubella? He told me to come back later that week, but by then I was scheduled to be in Milwaukee, so one dose of penicillin and nearly a grand later, it was off to Toronto for me. 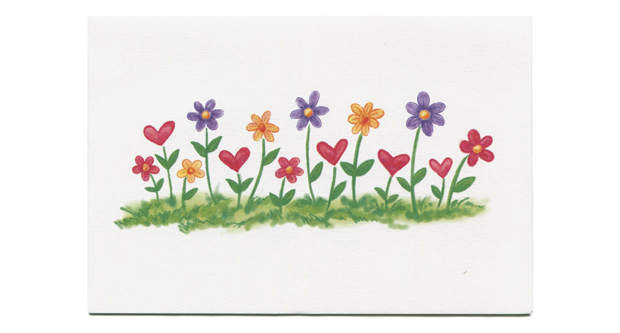 The van ride was excruciating. I was sweating both from the fever and the fact that, even though it was mid-August, I’d covered most of my body in layers. My bandmates did their best to keep their cool, but each glimpse of my rash brought on a new wave of fear. My girlfriend Kristy joined us in Toronto—a show that for me was a scorching, feverish blur—for what she’d expected to be a three-show ride-a-long, but quickly became a crash course in nursing. The next morning, my fever was peaking, and the rash was worsening, so on the way to that night’s show, I got dropped off at the University of Michigan hospital ER, where I quickly became the floor’s most intriguing and seemingly unsolvable case.

The fact that the rash had spread to my palms and the bottom of my feet gave the admitting physician, Dr. Peterson, pause; he explained that only a very small number of very scary diseases cause rashes that spread to those areas. He declared the tour officially over for me and began testing me for every soul-crushing illness you can think of. Everything came back negative. I spent another night in the hospital, treated only with Tylenol, and a nagging fear began to grow. I tried to keep my composure around Kristy, who’d done an outrageously good job at keeping hers, but I hit a wall—literally. I started stomping around, pounding on the walls
and muttering defeated half-sentences to no one in particular. I went into the bathroom, caught a glimpse of myself in the mirror, and began sobbing. My feet were swollen to the point where it was hard to put on my shoes, my hands looked like they belonged to some b-grade troll costume and my extreme fever would not go away. I wasn’t sure I was going to die, but it was the first time in my life I’d found myself staring into the abyss.

As a touring musician, this predicament ranks high on the list of nightmare scenarios. One moment you’re on a road trip with your friends, stopping every night to play songs and watch one of your new favorite bands play theirs; the next, you’re lying in a hospital bed wondering if you’ll ever make it out. At first, the whole thing seemed unfair, but then I had that obvious yet ever-important epiphany: very few things are in our control. While all this was deeply jarring, it by no means made me want to bow out of this lifestyle; on the contrary, it made me want to be as present as possible in every moment, should I have the chance. 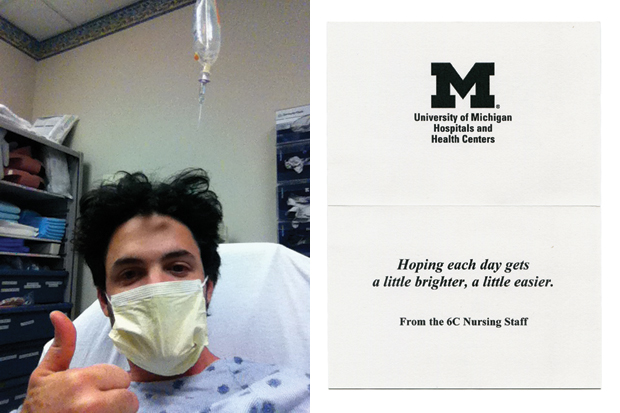 I wanted to go back to New York, but travel was forbidden until the doctors deemed me non-contagious, and even then they said I could leave only on the condition that I return for regular checkups. Thus began my purgatorial routine of waking up each day at the local Holiday Inn Express with bed-rattling chills and a fever pushing north of 104 degrees, lurking outside the hotel lobby waiting for a cab while wearing sunglasses to hide the rash that had spread to my left eye, getting blood taken, hearing a nauseating series of uncertainties from doctors and then heading back to the hotel to order dinner from California Pizza Kitchen or Red Robin.

After several days of convalescence, the doctors were still no closer to a diagnosis. They did, however, detect the presence of deep blue cytoplasm, which is one indication of leukemia. My insurance company informed me they would not cover the tests necessary to confirm this, so regardless of my state, it was time to deal with whatever this was back home in New York. We rented a car, and Kristy drove all 14 hours as I split my time between relishing the wind blowing in my hair and writhing feverishly in the passenger seat.

The first night back in New York, I had yet another terrible fever. It seemed the return to my hometown had done me no spiritual good, and then came the weirdest phase of my illness, my immune system’s coup de grace: I started shedding my old, damaged skin like a snake. Yes sir, Keith Richards and his secret, Swiss, full-body blood transfusions had nothing on me. My skin proceeded to cascade off of my body till all signs of infection were gone. After over a week of steady sloughing and brain-meltingly high temperatures, my fever finally broke.

With the benefit of hindsight, the doctors diagnosed me with one of a bevy of obscure, unpronounceable and semi-harmless viruses prone to appearing in children, but I remain convinced they had no idea what happened. And really, it didn’t matter. I was back in fighting shape and, once again, back with the band. Strangely, after our first practice, I noticed something amazing: I’d gotten a blister on the tip of my right thumb, the first I’d had since my early days playing drums. This skin was new, and I’ve got some time to break it in.

Caveman will release their second, self-titled LP April 2 via Fat Possum. See a full schedule of the band's 2013 tour dates across the US and Canada here.