A year ago, Riff Raff claimed that James Franco would be playing him in a movie. He was talking about Harmony Korine’s Spring Breakers, and his boast proved to be partially true, at least to the extent that Franco’s character, Alien, is also a white rapper who wears cornrows. The film follows four cash-strapped college girls as they rob a restaurant, head to the beach, snort coke and go to jail; Alien posts their bail, only to ensnare them in a feud with bad guy Archie, played by Gucci Mane. Though the resemblance is striking, Riff Raff can’t take all the credit for Alien’s Florida-glam look, says Spring Breakers’ costume designer Heidi Bivens. Here, Bivens explains the true genesis of Franco’s fancy baja and tells us how she pieced together the film’s dialed-up wardrobe, which involved finding bikinis for all types of bodies and getting Gucci to wear pink. 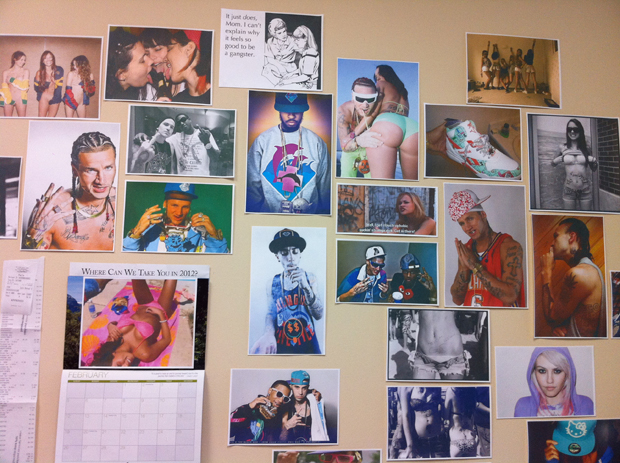 James Franco’s character isn’t based on any living person. Riff Raff is definitely one of the many people I looked at [while styling him], but I looked at Axl Rose, too. Dangeruss, who is in the movie, didn’t inspire the costumes, but you could say they were inspired by someone like him. You have to look far and wide for inspiration to create a character that isn’t too derivative. You’re pulling visual references; you bring all of that together and stir it up. Hopefully, what comes out becomes something that lives on its own. I find more inspiration from real people than fashion editorial. In a place like Florida, people aren’t spending a lot of money on clothes, but they have a lot of style. You go to the beach and you walk down a street and you see these people, but you don’t often get to see them on screen. To give them a place in a movie was fun.

Harmony showed me references he’d compiled, Girls Gone Wild kind of stuff. His main objective was that the girls would be wearing clothes that they would really wear. That it wouldn’t be overplayed, but there would be some element of fantasy to pull the audience in. That fine balance. These characters are at the point where they aren’t kids anymore, but they’re not quite women. We used elements of the wardrobe to indicate that: little Hello Kitty socks, or having their cute, little girl-type underwear coming out of their shorts. Things that would overtly sexualize them but in an innocent way, so that they still maintained some virginal quality. 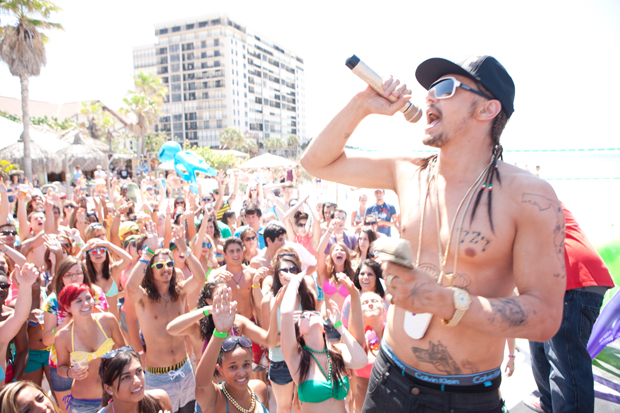 We knew we wanted Franco to wear a baja, but we didn’t want him to look like some rasta guy. So how do you reinvent a baja in a way that makes it something a high roller would wear? Or, for this guy, a high roller who’s actually a big fish in a little pond? You create this back history in your mind: where they live, who they hang with. Where would they have gotten the baja, what color would it be? I contacted Greg Chait from The Elder Statesman, who won CFDA’s Fashion Fund [in 2012], and asked him to create a cashmere baja for Franco to wear. It gets maybe a minute of screen time.

What Would Gucci Wear?

I was given a short list of brands that Gucci Mane preferred: Adidas, True Religion, The Hundreds. When we looked at clothes, Gucci was so easy, very nice. For one scene, I picked out this baby pink shirt—not actually Ralph Lauren, but that style. He was a little iffy about it, not sure if it was the right choice. I [told him] his character was so hard that he could wear baby pink. 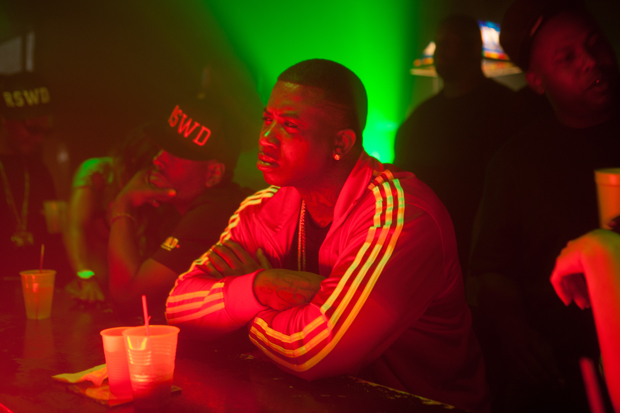 Styling girls wearing bikinis seems easy, but in fittings I had 300-plus bikinis for each to try on. I tried to have some swimwear designed, then realized that even though it’s just little pieces of fabric, it’s so much more complicated than you would imagine. If you design a good suit and it looks great on one person, it’s not necessarily going to look good on the next. There was a lot of talking about the cuts for each girl, finding suits they would feel comfortable in. Everybody’s got their own body issues, but when they got on set, it was fine. I would tell them, You girls are so young, do this now. You’ll be so happy.
DTF

There’s a memorable set of costumes: monokinis with tiger faces and black sweatpants worn low on the hips. I had DTF in silver block letters put on the butt: Down to Fuck. Topped with bright pink ski masks. Harmony wanted a unicorn head put on the masks, so on their foreheads there’s a unicorn. Not incredibly complicated, but visually fun. Before they go on their crime spree, all four girls are wearing the whole getup and dancing with shotguns. James Franco is serenading them with a Britney Spears song. I’m jealous for people who get to see [the movie] it with fresh eyes. It’s like a roller coaster.
Posted: March 18, 2013
Gucci Mane selena gomez Harmony Korine Issue 84 Naomi Zeichner
Gucci Mane, Harmony Korine, heidi bivens, Issue 84, movies, Naomi Zeichner, selena gomez, spring breakers