Live: A Week in Metal at SXSW

To the delight of those jaded by the endless parade of indie rock upstarts and hip-hop swagjackers that usually populate the festival, the past few years have seen SXSW acquiring more of a metallic edge. Swelling numbers of headbangers have taken to the streets and stages of the Austin, TX institution. Though light on truly "underground" bands, SXSW's metal presence focuses on smaller up-and-coming outfits, tossing in a handful of marquee names and legacy acts (remember that time Metallica played?) to sweeten the pot for fence-sitters. Hoek’s Death Metal Pizza customarily lends a helping stage to the fest’s more obscure artists, but, as the much-loved venue/eatery was denied their customary permits, this year saw Red 7 emerge as the best place to catch a killer riff. 2013 featured some of the strongest, heaviest lineups yet, as official showcases, day parties, and last-minute warehouse shows brought out the big guns. 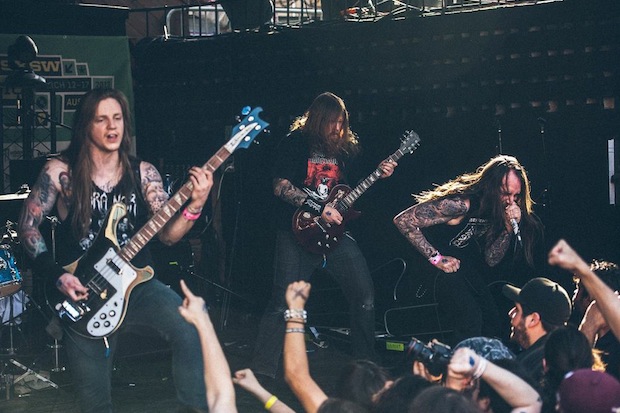 Thursday was a bit lighter on metal happenings. Hoek’s Death Metal Pizza curated a day’s worth of lesser-known bands at various venues across the city, but Metalsucks’ official showcase at the Dirty Dog Bar was ground zero for denim and leather. There were a fair number of bathroom break bands dragging down the bill, but sterling performances from Canadian noiseniks KEN Mode, sludgy beasts Howl and a particularly fiery Royal Thunder kept things rolling. Bloodthirsty headliners Goatwhore always kill it live, and tonight’s show was no different, as charismatic frontman Ben Falgoust whipped the audience into a frenzy with the NOLA black/death troupe’s blasphemous anthems. Gentler souls might have found themselves packed into The Hideout for a hushed, intimate performance from Finnish psychedelic neofolk oddities Hexvessel. Much-loved by metalheads and outsiders alike, their only American show featured plenty of tracks from the band’s latest LP, No Holier Temple, and left a lasting impression on the lucky few who managed to catch them. 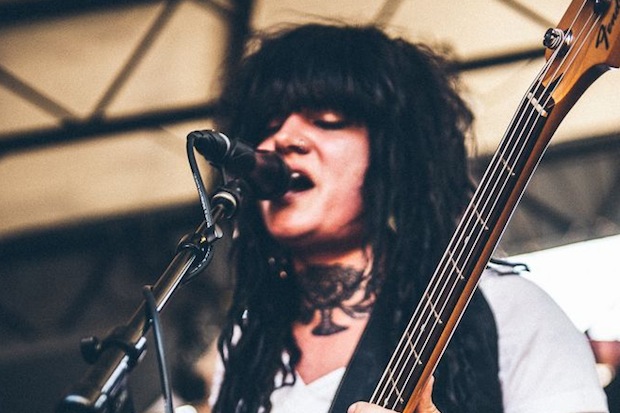 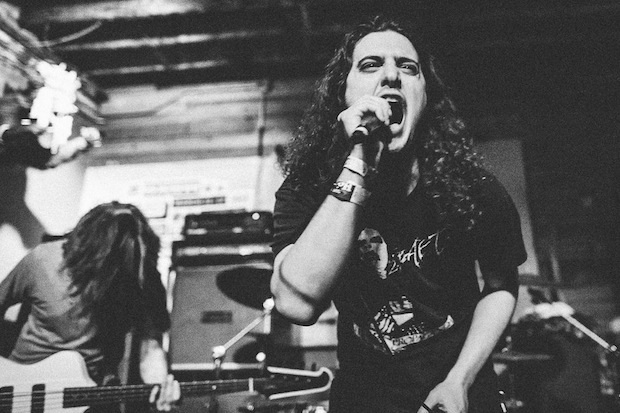 Those of us who made it to Saturday with at least a few brain cells left knew to haul ass over to the Scoot Inn for the Converse/Thrasher Death Match. Ultra intense death metal/hardcore alchemists Black Breath and Clutch’s mighty doom-rock jams held it down beneath the relentless Texas sun while grind punks Mammoth Grinder and the wisecracking powerviolence duo Iron Lung sweated and screamed in the venue’s small, mercifully dark innards. Later, metal blog Invisible Oranges and Relapse Records went head to head with two brutally stacked lineups. The former boasted a special acoustic performance from Savannah rockers Baroness’ John Baizely, whose haunting compositions channeled Elliot Smith and past tourmate Scott Kelly in equal measure. Relapse rolled out its heaviest hitters, including Howl, who crackled with a newfound intensity as they debuted a few new tunes and a revamped lineup, and a hard-partying Black Tusk, who closed out the night with a taste of pure chaos.

music / News
Live: A Week in Metal at SXSW