Juicy J and Earl Sweatshirt make for an interesting pair: the former, an elder statesman unexpectedly winning late-career favor among young folks, and the latter a teen rapper who, from the start, has had a long and fruitful career practically laid out before him. Together they grace the cover of the 85th FADER, our annual Photo Issue. Inside, we've got a fantastic and provocative photo essay by Daniel Shea, who photographed our Chief Keef feature in Chicago last year. This time, Shea returns to the same South Side neighborhoods to look at the impact of violence on teenagers whose careers haven't spirited them away from their home blocks.

Pick it up on newsstands May 14th or today in our online store. Read the Juicy J cover story right now, and below, go behind the scenes on his cover shoot with photographer John Francis Peters and style editor-at-large Mobolaji Dawodu. 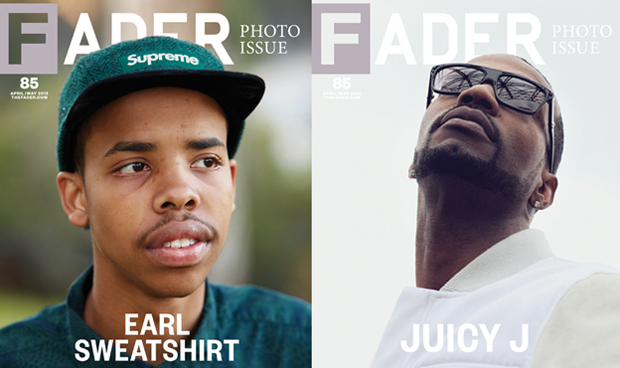 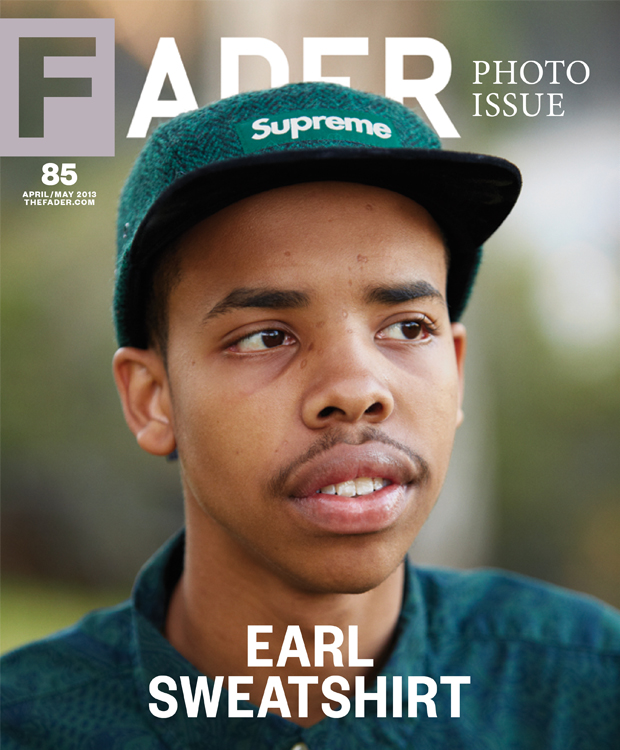