Kevin Garnett: Soul in the Hole

May 2013: Kevin Garnett, the Boston Celtics' power forward, is a longtime friend of The FADER. Today, before the Celtics and the New York Knicks meet up for a big game 6, we take a look back at founding FADER co-founder Rob Stone's interview with KG from the magazine's third issue.

Spring 2000: A new school start with a reverence for the past and a respect for the game, Kevin Garnett is a hip-hop baller who plays with soul. One on one with KG.
When was the first time you dunked? When I knock out my first jam? I musta been like 14. I wasn’t nothing tall, about 5’ 9”. I was at this kid Billy’s house where we used to play. I remember that shit like it was yesterday—you know how you keep on trying, keep on trying? Knees hurt from trying so much. After I did it once, I had the confidence, I had the know-how. Then you figure out how to set yourself up, how to do a backwards thing, learning how to set yourself up to dunk on people, you find yourself just being a lot more aggressive.

Every kid dreams about being in the NBA. When did you stop thinking  it and actually know you were gonna make it? I don’t know, I guess I didn’t really know until the late stage, once I actually looked at my own little world and saw what my options were and then made the final steps towards getting there. That’s when I started getting excited.

I think that’s something that shows through in your personality—in addition to a lot of class, you have the desire to win and to do the right thing. You hate to lose and there are so few players in the league that have that sheer drive. Where does that come from?That comes from upbringing, man. I was taught by the old school to respect the game, to respect the people in the game, but once you step on the hardwood it’s all about winning, and there can’t be two winners. If you think there can—you’re -kidding yourself, to be second is the first to lose. I was taught to take my own ideas and my own admiration for the game and use it. And that’s what you see. I don’t do nothing out of the ordinary, or at least I try not to. When I’m out there I have two objectives: to have fun and to win. That’s always been in me since I was a shorty. 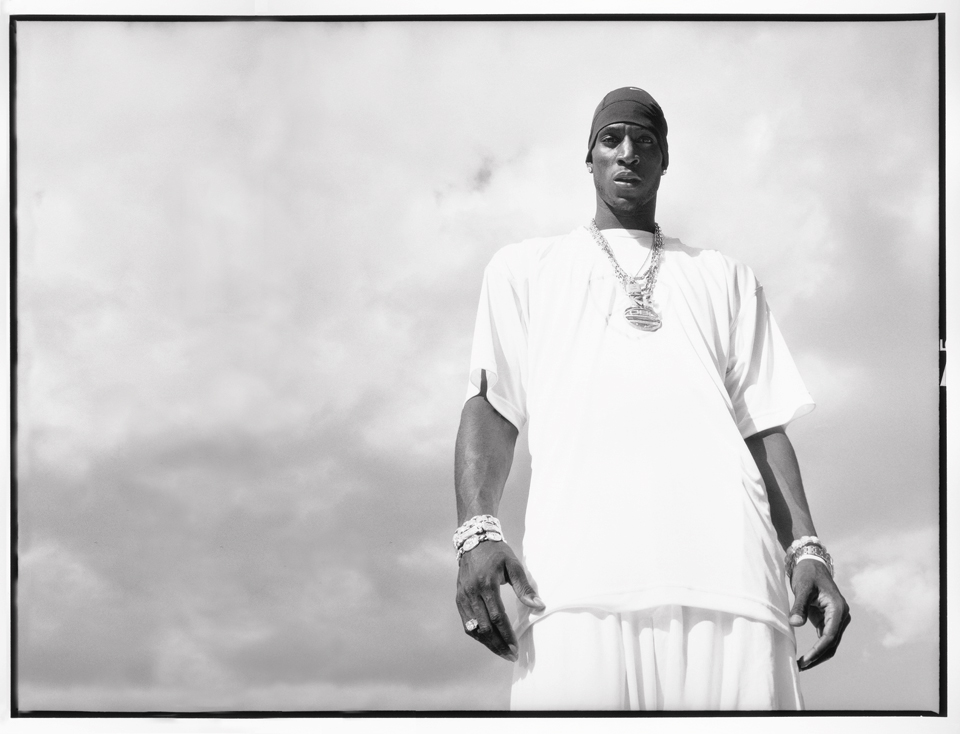 I’m sure your goals are changing as you mature in the league. What are your goals as a player right now? I always set team goals, man. Usually individual goals come along with it. I would love to grow and grow with the team right here for another six or seven years if possible, and hopefully great things’ll come out of that. As a free agent you’d be at a team maybe one or two years, but you’d never have that Utah [Jazz] connection, that old-school connection of being together for six-plus years. That’s what  I want to have. You’re always going to want to have success, but team goals are always going to be higher than individual goals—people remember great teams.

How was it for you when you played Jordan for the first time?I remember being in awe, and then finally saying to myself “Damn, I’m out  here with this cat.” I played against Magic too, when he came back and he was shooting hooks. It’s kinda weird when you’re playing people you admire, people you looked up to all these years. It’s one thing I had to learn—how to focus, and how to focus better in certain situations. When I was on the court with Jordan  I learned real fast.

As for your love of hip-hop, what moments stand out for you? One of my biggest moments was when I met Premier. I’ve been a big DJ Premier fan for a long-ass time. The artists, they always gonna do they thing, and they always gonna rhyme and stuff, but I’ve been a lot more fascinated in the DJ. I’ll never forget when I first met DJ Premier it was like meeting Mike J., you know what I mean? Also when I first met Jay-Z, and from a fan’s perspective the way you come off to them, and they just as cool as you are. When I first met Nas, he was a little bit -quieter than all the others. I would have liked to meet Biggie—he was one of my favorites of all time. Buckshot—I looked up to him for a long-ass time. What really makes me excited about being in basketball is that I can be friends with these cats. You know, first-name basis, conversation is real, two -professions coming together—two cats doing they thing.

I hear stories about you going to Harlem and buying kids sneakers, like doing real generous things. What drives you to do that? Well when athletes or someone that has money gives back to a community, -people think it’s because they have to, but understand they don’t have to. The reason I do it is because I want to. I know there’s a lot of kids that feel the same way I did when I was younger, how I wished it was more fun for me. How easy  I wanted it to be, that’s my motivation. I look at it like, how would it be if I had cancer? If I was down what would bring me up? That’s what keeps me motivated, because kids didn’t ask to be born, and sometimes where they find themselves,  it ain’t fortunate.

I know you’re really loyal to your friends from home, tell me about your clothing line, what’s OBF all about. Original roots! Official Block Family. When we all started the idea we thought one thing right off the bat. We thought everybody in America, and everybody in the world could understand where we was coming from—cats that’s holding it down from the same block, same hood, same suburb, same upbringing, same state of mind. It’s for people to relate to, not just your blood family, but your block family. It’s a whole other level. The kids that you grew up with are just as tight as you and your uncle, and that says a lot. What’s so real about OBF is that we all true—it ain’t no stabbing in the back, we all true. That’s what makes OBF so pure, so true, everyone can relate to it. 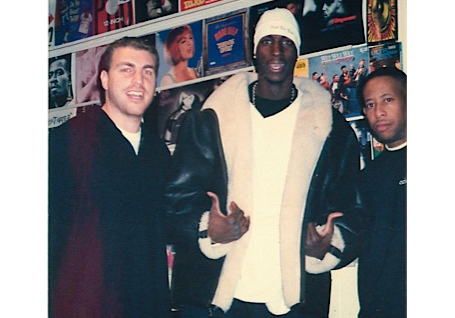 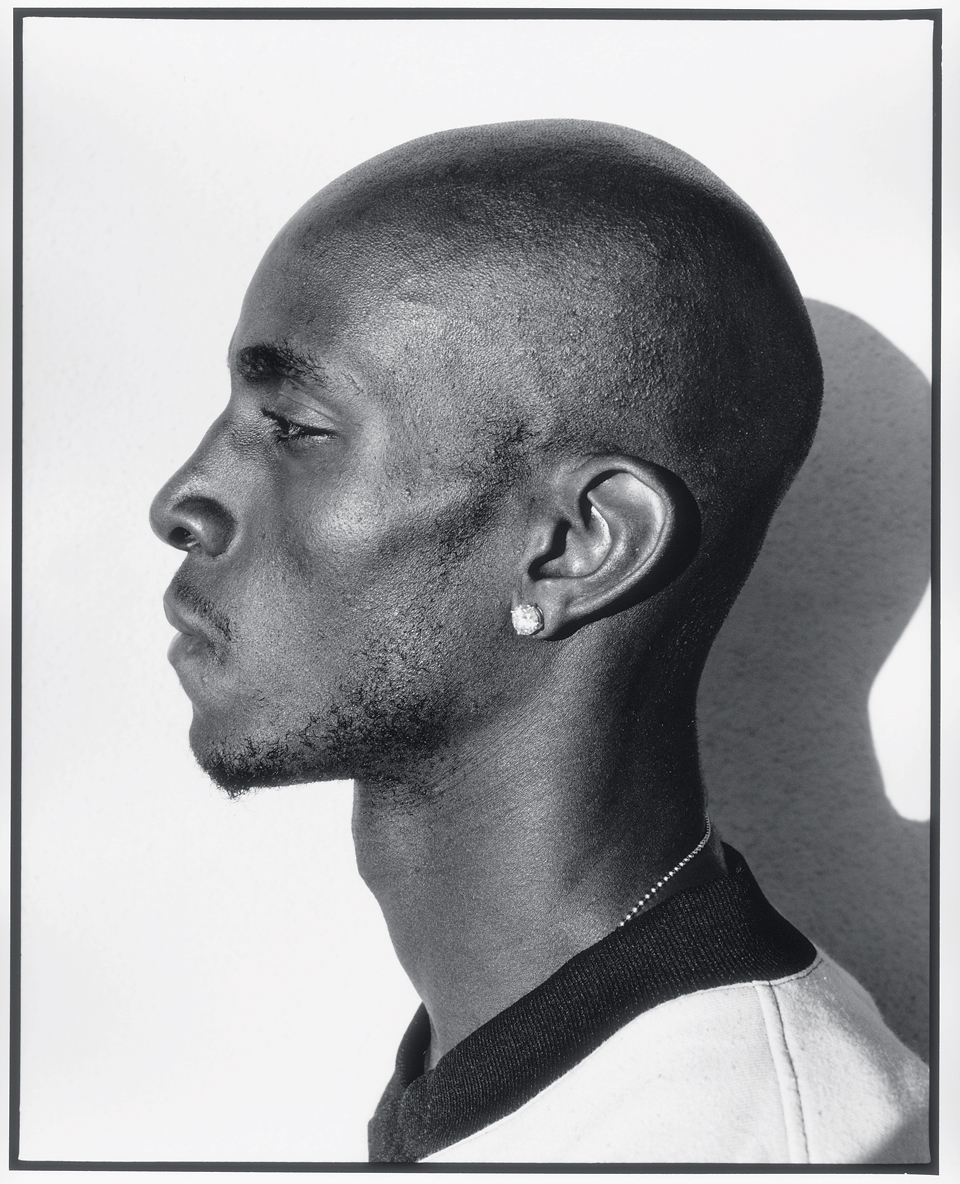