Ways To Wear Winter Whites With BEEN TRILL’s Heron Preston

While most fashion traditionalists pack away their white denim once the temperature has dropped, a daring few solider on, ignoring the post-Labor Day taboo and rock their white gear year-round. For Been Trill designer and DJ, Kanye West comrade and all-round man about town, Heron Preston, the all-white look has become something of a signature style. Spotted front row at fashion shows and behind the turntables at parties, Preston flaunts fearless in devotion to an all-white look. "Especially in the winter, I like to camouflage with the snow," says Preston. "Become one with the environment." We asked Preston to give us some tricks of the trade on how to pull off daring white on white look in the winter months without looking like a male nurse.

When To Wear White
Reserving the winter white look for days of extra stunting seems to be a rule of thumb. "Perhaps if I’m going to an event where I know there’s going to be a lot of photos taken, or if I’m going to be around a lot of stylish people for most of the day," says Preston. "I might wear all white." 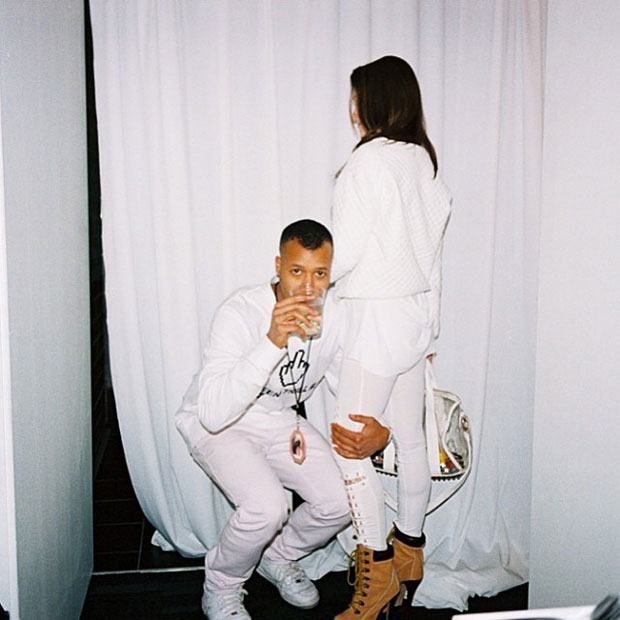 White Denim is a Must
"Finding good denim is kind of hard for me, I don’t really have a brand that I love. I definitely like to venture out and look for different styles, but currently my go-to is RRL."

Don’t Be Too Precious
If you're running around town keeping it trill all day, it's okay to get things a little dirty. “I don’t worry so much about keeping them clean,” says Preston. "I’ve always said it looks better when it's beat up. Not a big cranberry juice stain or something incredibly noticeable—a little black smudge at the ankle where my shoe hits my jeans is fine. It gives character. I don’t really care about being completely clean." 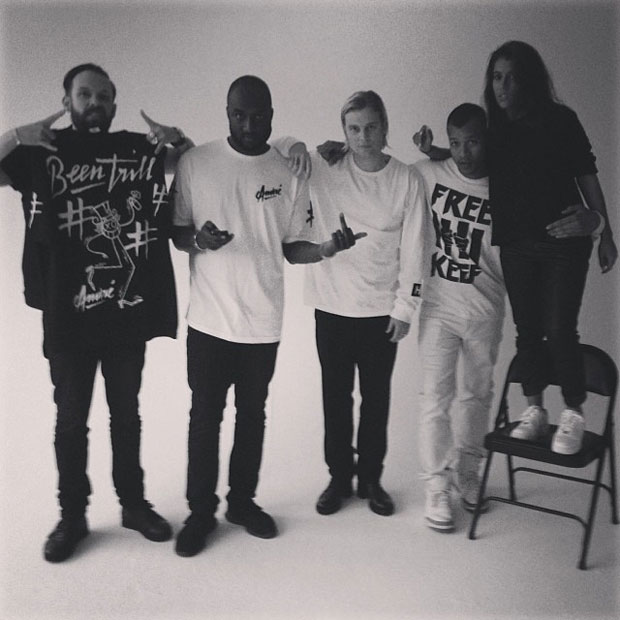 But Keep Them Clean, Sort Of
But don't be filthy and do get your white jeans cleaned from time to time. "Personally, it’s a combination of dry cleaning ,and wearing them until they’re shit then I throw away," says Preston. Preston suggests a solid three or four wears before hauling them off to the cleaners.

Nervous? Just Do It!
Still unsure if you're ready to step out in a winter white get-up? Preston says to do it anyway. "Go for it, if you want to feel different in a good way or if you want to stand out. I just like to throw people off sometimes. Wearing all-white really isn’t a style that people have really adopted. How often do you really see all-white outfits on the street? Especially in New York, it's super rare.

How To
Posted: December 30, 2013
Deidre Dyer
been trill, Deidre Dyer, heron preston, How To