NYFW Interview: Charles Harbison Discusses the Growing Pains of Being a Young Designer

The NYFW sophomore talks about the trials and tribulations of growing in the spotlight.

After cutting his teeth in the design studios of American designers Michael Kors and Billy Reid, Charles Harbison stepped out on his own and has since presented three knock-out collections and garnered a wealth of press with his expertly tailored womenswear line HARBISON. For all the glory and gains of his meteoric rise, Harbison is cautiously set on taking things slow and developing his label one season at a time on his own terms. We popped into Harbison's studio in between model castings to chat about the growing pains of being a young designer and the musical muse behind his latest collection.

As a new designer, what’s the hardest thing that you're dealing with at this moment? It lays very heavy on me, like every waking hour even when I'm sleeping, that I’m managing so many people who work for nothing at all. We’re all collectively building and harvesting with HARBISON. And that right there, really weighs on me. I'm constantly looking to bring in the financial capital that we need, but finding initiatives to support emerging designers are few and far between these days. So it’s just a push that you have to do in order to do what you want to do as a designer or to even continue growing at a steady pace. I’m not trying to be Ralph Lauren tomorrow. So those are the stress elements right now. 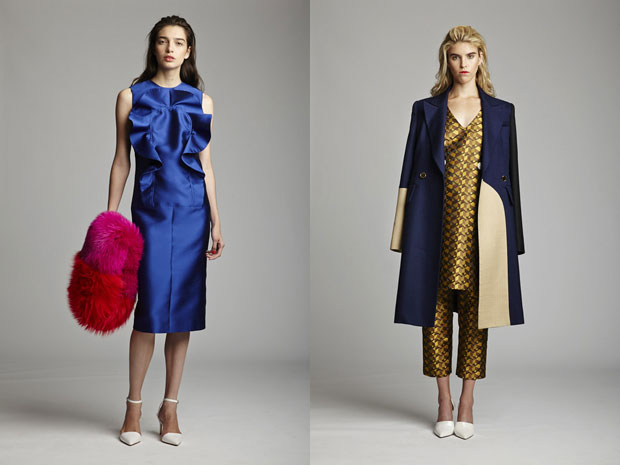 Tell me about your partnership with Milk Made this season? Kelly Francis of Milk Made emailed us and it was literally like an angel flew out of my computer. Designers usually seek them out and basically try to date Milk Made to get a space on their NYFW line up. So for us to get it, out the blue, was a huge piece of support and relief. When my business partners and I first went to check out the space, the first offer was this really small studio and we were like, you know what, we’ll make it work. Then Milk Made came back and offered us the bigger loft and we’re so just excited to be in this awesome space. Milk Studios is such a great home for clothing in general. If it weren’t for entities like that, there wouldn't be new ideas and emerging designers to carry the torch and become the Donna Karans, Michael Kors, Ralph Laurens and Calvin Kleins. Europe is popping them out but we need to find the initiatives to support new designers stateside.

Since starting HARBISON, do you still consider Lincoln Center a destination for you? Does that venue even matter anymore to emerging designers? It matters because the entity of New York Fashion Week, whether it be at Lincoln Center or Bryant Park, has always been something I’ve felt connected to as a designer. When I was at Michael Kors, Michael’s office was at Bryant Park so we would just take the clothes downstairs and run across the street for the shows. I’m still really closely connected to the idea of the tents but it’s just too much money for young designers. And also, there are other infrastructures and institutions that offer wonderful spaces like Milk Made. Does it matter? Yes, it definitely matters. But does everyone else matter too? Yeah. Democratization is a really important thing.

So with this new added blessing of Milk Made, how are you growing the collection and expanding this season? Has that investment affected the collection at all? It has affected this collection. In terms of the pieces, I've been thinking more along the lines of creating a story with the collection. I'll be showing alongside wonderful designers like Nellie Partow and Jonathan Simkhai and I know they’re going to bring beautiful collections to the table. It’s not a competition but I want to show my worth alongside them. So when you’re walking into Milk, in the midst of all these other designers, it's like what is the Harbison experience? It makes you up your game and do the best you can.

So you’re bringing it? On the dime!

I know some of your previous collections were inspired by Aaliyah and Katherine Hepburn. Is that woman still the HARBISON woman this season, or is there a new muse this season? Yes, there is. This season's muse is Sade. 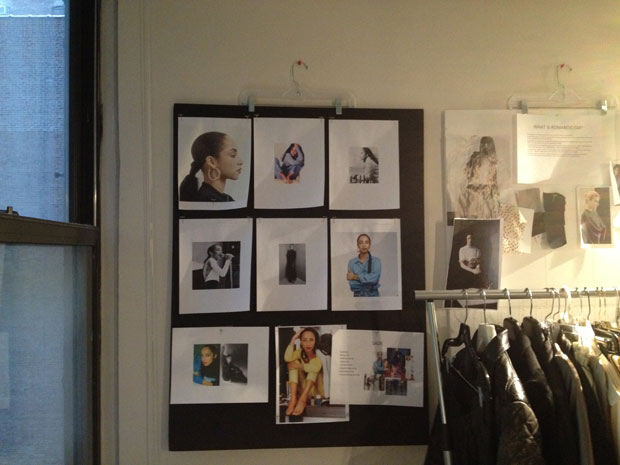 Specifically, what are you bringing from Sade's look? What Sade emits is this reserved sophistication, so I've been taking those things and incorporating them into the clothes. Like, what would be a modern interpretation? How does Sade navigate the streets of New York right now? Sade has done it in separates, in suiting, in fitted pieces and oversized pieces. You can see all at once she’s casual, but at the same time really pulled together and slick. There’s image on my mood board of her in a bias-cut, midi length dress—late ‘90s in a turtle-neck and then right beside it is her in a denim shirt and denim jeans giving you Canadian tuxedo realness. She incorporates reserved and slightly masculine elements with a bold red lip, tight ponytail and full beauty. It’s a great combination of masculine and feminine, which is also what I loved about Patti Smith in the season before.

What are your top three Sade songs? Currently, I’m obsessed with this remix of “Soldier of Love,” and that’s kind of all that I listen to on loop. I love her whole catalogue but this season we’re incorporating kind of colonial uniformity, so “Solider of Love” makes sense. She’s feminine but she’s still like strong, so you’ll see like those masculine overcoats, alongside sizes and shapes that are a little feminine and fitted.

Classic style and a sense of timelessness are some of the things that your brand hinges upon. As you talk about Sade in 2014, she could still dress like that now. Exactly. I’m not choosing a muse that’s time specific. It’s almost like what Lauren Hutton did in the ‘70s. You look at it and you’re like, 'I’m still checking for that.' With Sade, you’re still checking for that. It’s not like Whitney in “I Wanna Dance With Somebody,” where it’s time specific and you remember that moment. With Sade you’re like, “Always. Never-ending. Always.”