Read an interview with Obey You Collective: South Africa’s contributing photographer and browse an eclectic selection of his work.

Presented by FADER and Sprite, Obey You Collective: South Africa is devoted to showcasing artists, trail-blazers, and bright young talents from South Africa. For this installment, we spoke with the series' chief photographer, Adriaan Louw.

For the past few months, we've been peering into the lives of South Africa's most talented young people, like the eccentric Durban street artist pastelheart or the shape-shifting Johannesburg emcee OkMalumKoolKat. Cape Town photographer Adriaan Louw and his production company, we-are-awesome film, have been here for the whole journey. Louw's vibrant images and videos have been invaluable in telling these unique stories, so we thought it only fitting that our last interview was with him, a trail-blazer in his own right. Check out an eclectic selection of his work in the slideshow above, and read on for an interview with Louw about shooting skate videos, Instagram and his upcoming music projects.

What are you working on right now? I’m home right now in Cape Town, busy editing photos from a skate roadtrip I was on. I just moved in three days ago, into a flat that has an outdoor area. I finally have an area to braai. I’m super stoked on making fire and putting meat on the fire. Braai is as religious as going to church. I’m sick at the moment, so sorry if I start rambling on—I’ve been drinking a lot of flu medicine because I have a shoot tomorrow. I’m kind of feeling a little trippy at the moment.

Have you always lived in Cape Town? I grew up just outside Cape Town, like a version of a suburb that you’ll find anywhere in the world. I started skateboarding when I was 11 and I really found that whole vibe of hanging out on the street—but with a purpose—appealing. I wasn’t really good at it, but I wanted to be a part of the lifestyle. As everyone knows, a very big part of skateboarding is the documentation of it; the trick only goes down once so someone needs to document it. I found myself delivering papers for a year to save up and buy a video camera. My friends and I would catch the train to town every now and then, without our parents knowing, to come skate here. Cape Town back then wasn’t as vibe-y as it is now, but it’s the same as living in New York—you walk out of your building and your encapsulated in this maze. I found that appealing.

Tell me a little bit about working on the Obey You Collective: South Africa project. For me, it was an exciting thing because I got to go to a bunch of different little places in South Africa that I’ve never been, like a township in Pietermaritzburg or a downtown basketball court or something. In South Africa, it’s kind of sometimes a bit dodgy to go in certain areas. So when you get forced into going into [those] areas, you realize it’s not that bad. That was a cool thing for me— you’re not just driving past somewhere, you experience the place.

Were there any challenges? Like, were some areas too dodgy? There was an incident when we were in Pietermaritzburg under a bridge in a township. That was pretty much the craziest place I’ve been. We ended up having to run back to the van and jump in because some gang came up to the graffiti artist Gasak and wanted him to spray their gang sign against the wall and we were like, “He’s not gonna do that.” It started getting a bit sour and we got out of there just in time. 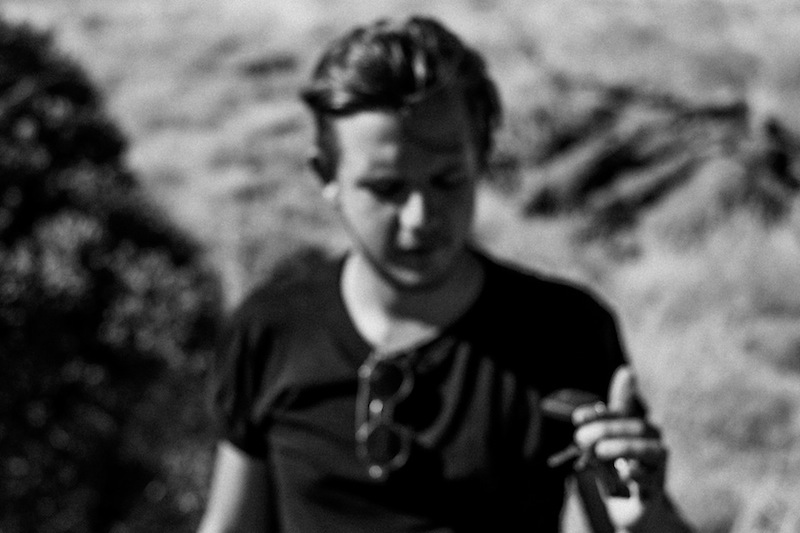 "If my phone dies I won’t always make the biggest effort to get it charged. I find myself perceiving the world better."


Are the photographs and videos from the Obey You Collective series similar to the rest of your work? For this series I worked more with greens and saturating those colors. I think, aesthetically, what comes through when I do any project is stuff that intrigues me at the time, whether it’s a certain composition, the way you color photos, or whatever. I like youth as a subject. I think youth doing interesting stuff —nightlife, skaters, artists—their surroundings are always kind of similar, and I think that creates an aesthetic as well.

What are some other projects you have coming up? I’m going to Amsterdam in July with an artist from South Africa. I'll stay there for a while and work on some video projects over there. Then I’m going to do a three-part music documentary series with a friend of mine that’s a rapper. We’re going to go into townships in South Africa—in the Durban area, Jo’burg area, the Cape Town area—and find the coolest underground electronic music that’s coming out these days. I’ve seen some of these guys create the most amazing music on an $150 laptop with a pair of shitty headphones. You can’t hear the whole frequency spectrum and it creates this very dirty sound; the aesthetics are very unique. I want to go find who those guys are.

You maintain a really pretty, well-curated Instagram account. Is that something you enjoy doing? If it’s taken with a digital or whatever, I find myself pondering photos for too long. When I go home I think, “Maybe this isn’t right,” and I over-examine the thing in my head and I end up never putting it online. I like working with a cell phone, with an image quality that’s not necessarily the greatest, and you see how far you can push that image. It’s becoming a diary.

Do you ever prefer being “unplugged”? There’s a farm that’s about an hour and a half out of Cape Town. Whenever I can get there, I enjoy not seeing my phone for two days. I’m a firm believer in getting that balance. If my phone dies I won’t always make the biggest effort to get it charged. I find myself perceiving the world better.