Nashville’s Bradford Lee Folk makes good-times bluegrass that’s not afraid to punch your gut. Read an interview with the troublemaker himself.

Every other Thursday, in his new column Another Country, Duncan Cooper showcases country, folk and bluegrass music that's so often unsung around these parts, with an emphasis on new approaches to old American classics.

Bradford Lee Folk has got a hell of a singing voice, and a hell of a band: The Bluegrass Playboys. That's a name to live yourself up to. As is often the case with me and bluegrass, though, my favorite song of his is more of a crossover-style number, “Trains Don’t Lie,” this gorgeous, slower tempo waltz that finds Folk’s tenor dipping a little lower for the solitary line All I ever wanted in this world was one good friend. I feel the same way. Stumbled across the track a little while back, and after an ungodly number of plays have found myself warming to the straight-up, hot-picking roots style that populates his band’s new album, Somewhere Far Away. (It helps, too, that Somewhere Far Away sits in iTunes right next to Lydia Loveless’ excellent Somewhere Else—a good place in the collection to hang out.)

Over the years, Folk has bounced around the States—born in Missouri, made a name for himself with his band Open Road, then settled in Colorado for a while running a honky-tonk, and now based out of Nashville. Music is more of an after-work affair, most of the time; he spends his days tending a massive vegetable farm. When I called him up, yesterday, he was taking a break during a rainstorm. I don't want to blabber any more—Bradford Lee Folk is a better storyteller, a veteran of the bluegrass business with a keen perspective on his position in it. Buy his album on iTunes now, or better yet, from the man himself.

What do you do down on the farm? We have a 350-acre organic farm down on the Cumberland River in Nashville, Tennessee. We serve CSAs, farmers markets, restaurants. It’s a vegetable production farm, basically. I’ve been farming since I was a kid, but this is the first organic vegetable farm I’ve ever worked at—I worked in cattle ranches, dairy farms, horses and so forth. I’ve been learning a lot here. Never too old to learn something. And it’s clean. It’s not like animals, where you come home with blood and guts all over you. And then when I’m not here, I’m trying to get music out into the world. It’s a lot of work starting a band on your own, trying to puncture the consciousness of the music scene.

I’m amazed you have the energy. Well, I don’t. I’m running out of energy, dude. I’m pretty worn out. But I enjoy it all. Like everybody, you find something you love to do and it ceases to be work, starts to be just a lifestyle. Regardless to how much this music gets out to people, or whether they like it or not, I’ll always do it and it’ll always be a part of my life. It balances me, and I like staying busy. Nashville has been a really good spot for me to be motivated to make music, and not to be complacent, because there are so many people here busy with that stuff. I feel young. I’ll be 41 this year, and I still feel like I’m in my 20s, man. Still rock & rolling, still enjoying the hell out of life, still going out and playing.

I heard you used to run a bar in Colorado. How’d that come about? I was on the road with my old band, Open Road. We were in the heat of it, and the situation was, I had a girlfriend at the time and we were real serious, and she’d gotten pregnant. I thought, well, I’ve gotta get off the road so I can stay in town. My friends and I had our eye on this corner bar outside of Fort Collins. It was called the Drinking Dog. It was run-down but it had a sweetheart of a barroom. Small place with a big back patio, two horseshoe pits and a couple houses connected to the place. My friends and I pooled our resources and purchased the bar and we purchased two houses. We went in there and cleaned it up just enough. It’d been smoked in for so long that it was black and yellow from all the nicotine. Gutted the bathrooms, which was totally fucking disgusting. We made it non-smoking right away—we all smoked, but we wanted to make a change for the positive. It was a real community effort, and all of our friends pitched in and believed in the place, and we really transformed it into a hot spot. Since we had two houses, we made one of them a band house, so the touring bands had a place to stay, and that worked out famously. I booked the thing, and it was a good way to see the other side of the music business, being a road musician myself, and being compassionate toward the needs of people who came to play.

What made you stop? We did that for about five years. In that time—I’m a partier, man. I like to have fun, and for me, personally, it was one of those things where it was taking me down a road that I didn’t want to follow too long. We got an offer from a guy that started with New Belgium Brewing Company, the Fat Tire guys, and he could afford to buy it. We knew the guy, he was kind of an asshole, but we sold it to him anyway and got the hell out of there. My girlfriend that I was talking about, she had miscarried the baby, so I was kind of freed up, and I had another love interest. Moved out of town and came to Nashville here, started thinking about what I wanted to put on a record. 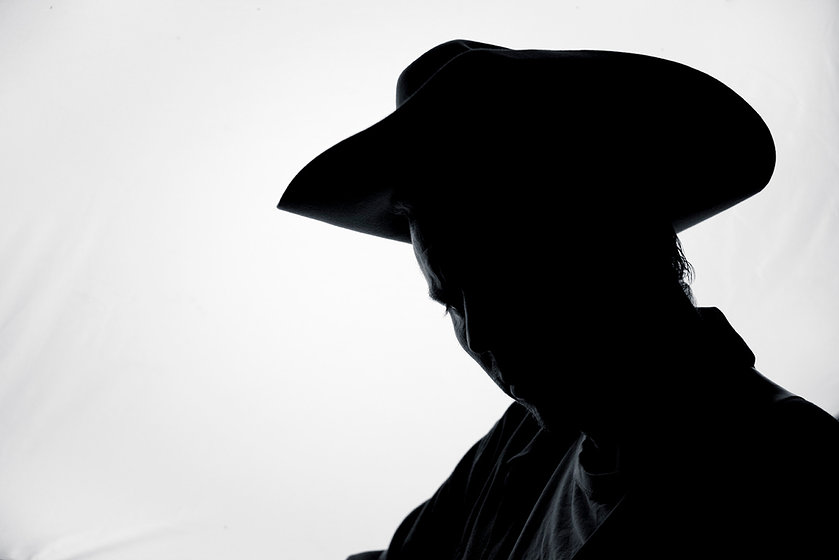 How’d you get to calling the band The Bluegrass Playboys? Without sounding like a total asshole about it, I am a playboy, you know. I’ve had a lot of girlfriends, I’ve run around a lot, and I’ve always raised a lot of hell. We’re honky-tonkers. I was looking for names, and Chris Hill, the banjo player I used to play with a lot, said, “Well, The Bluegrass Playboys hasn’t been used in a while.” And the girls I was running around with said, “You should use your whole name.” Bradford Lee Folk & The Bluegrass Playboys is really long—it takes forever to say, but they said they really believed I should keep it, so I did. It’s something to grow into. You’ve really gotta bring it if your band is called The Playboys.

How have things changed since you put your name out front, compared to just being one of the members in a band? So much has changed since Open Road. When Open Road finished, we were just getting onto Myspace. Nobody had cell phones. I’ve noticed this since putting out the new record: it’s really hard to know where you’re at in the music business. You just kind of put it out there, and it shows up on blogs or magazines, but it’s hard to tell what sticks. It’s a totally different market and a totally different way of doing things. The royalties are sent out differently, so you don’t make any money on royalties. It’s hard to make money selling records when everyone gets them online for free. Music’s gotten way cheaper, and it’s really hard not to be discouraged by that. It doesn’t make me angry, I just don’t know how to judge how I’m doing. If someone tells me I’m doing great, or managers and booking agents are telling me I should be really big—it’s just nothing after that. It’s empty. If we stick around for a few years, though, maybe I’ll start seeing some of the rewards of all the hard work. For now, I feel like I’m in the middle of nowhere. I can’t imagine what it must be like for an indie group or rock group, because their pool is so much bigger. I don’t know how people figure that out.

Bluegrass is the rare genre where people often tell you to do something else—be a little bit more country, a little bit more rock & roll. How do you stay confident about making roots music? For other people, it may be more of an issue than it has been for me. I still feel super honored to play bluegrass music. I am bluegrass music—that’s who I am. In other words, when I started making this record, I was like, man, I’m not going to have any rules. It came out as bluegrass music. That’s not because I’m trying to hold on to something, or I don’t feel confident to try something else. It’s just that like, I love the way these instruments work together. I feel like I’m in a special position because, on the one hand, I understand the history of bluegrass music and all that hillbilly music. I’ve never even considered to listen to anything else. If we’re playing a show with a bunch of different other bands, never do I feel like, oh man, we’re not going to be able to do this because we don’t have a drummer or an electric bass. Now, more than ever, I feel like we’re going to be able take this whole crowd. We’re going to kill it. There’s going to be a landslide. I look around, too, and finally in bluegrass music, people are starting to be artists again. For a while there, artists were just regurgitating or trying to do the same thing, but faster. With the young people coming up in the music, they’re really wanting to say something, and they’re asking the important questions. Why am I doing this? What do I have to say here? Why is this important? Why do people give a shit about this? And what can we do that’s true to ourselves?