The industrial noise artist is readying her sophomore LP.

Margaret Chardiet, the New York-based power electronics artist who releases music as Pharmakon, will follow-up last year's throbbing, abrasive Abandon with a new full-length called Bestial Burden. Out October 14th on Sacred Bones, the album was at least partly inspired by Chardiet's time spent recovering from a major surgery. "I felt a widening divide between my physical and mental self," she says in a press release. "It was as though my body had betrayed me, acting as a separate entity from my consciousness." The claustrophobic album trailer (which has a macabre Texas Chainsaw Massacre quality to it) and the LP's artwork, both embedded below, seem to draw heavily on this heightened awareness of, as Chardiet explains, "the complex network of systems just beneath the skin." For more, read our GEN F profile on Pharmakon from last year. 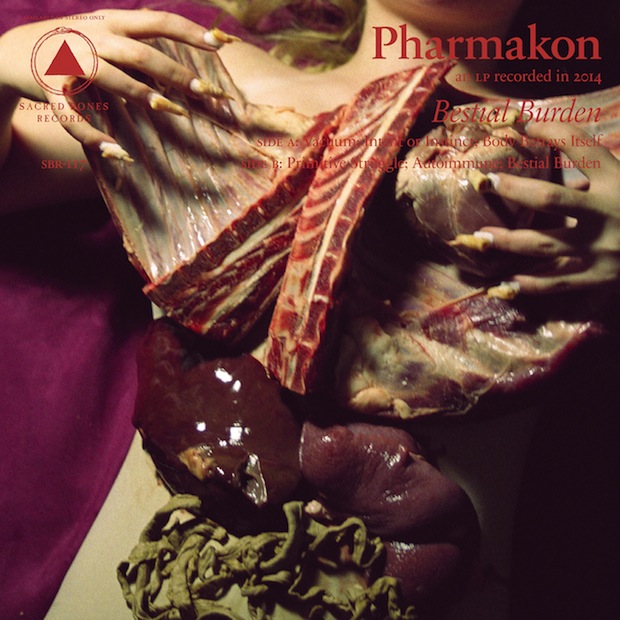