On August 9th, Kendrick Lamar and award-winning director Kahlil Joseph will debut m.A.A.d, a 14-minute short film inspired by his acclaimed debut album, good kid, m.A.A.d city. The premiere will be held at Sundance's first annual NEXT Fest, a mini-film festival showcasing budding directors and rising artists at the Ace Hotel Downtown in Los Angeles. Kahlil Joseph recently won a Sundance Award for his work with Flying Lotus on "Until The Quiet Comes," and his stark, gripping montages of South Central, L.A. flanked Kendrick on stage during his performances on the Yeezus tour. m.A.A.d stars a fresh-faced cast plucked from L.A. corners, and is described as "a kaleidoscope of storylines and ideas that defy typical categorization to explore new languages and new forms." Kahlil Joseph will be on site for a panel discussion, followed by a screening of Sundance winner Imperial Dreams and a performance from Tinashe. Tickets are available here. 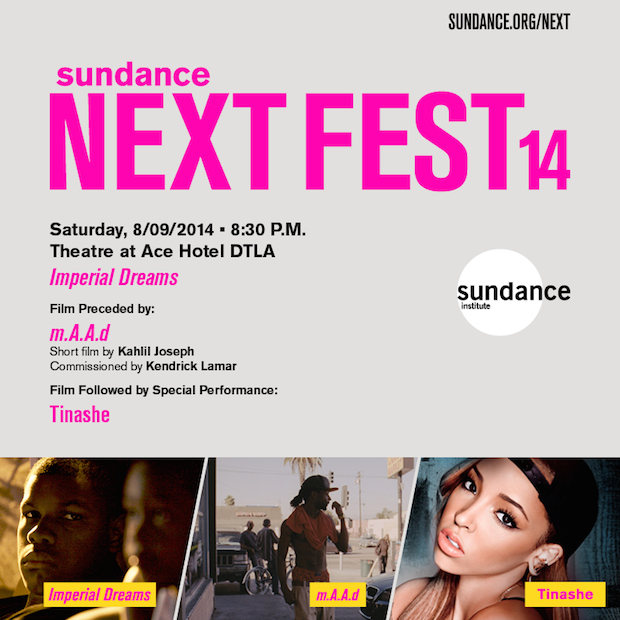