Mr Scruff Has Made the Mellowest ‘Re-Tweak’ of the Year

The long-serving Manchester producer is heading out on his U.S. tour this weekend, and this is the perfect aperitif.

For a generation of UK 30-somethings—oh, okay, me—the name Mr Scruff has a timewarp-like effect, plonking me straight back in late '90s Leeds which was a regular stop on the Manchester-born producer's gig circuit. Back then, his music was a little twee for me. I wanted to get lost in the melodic techno of DJ Rolando. I didn't have much patience for jazzy beats. Clearly, both Mr Scuff and I have mellowed. This 're-tweak' of his track "Feel Free" features a bunch of highly accomplished musicians, including The Cinematic Orchestra's Phil France on double bass, and is a deliciously languid way to melt away the pressures of the day. Ninja Tune will release it September 9th (order it here) as the B-side to a Max Graef remix of "We are Coming." But if you're pining for a Mr Scuff fix sooner, check the U.S. tour dates below. 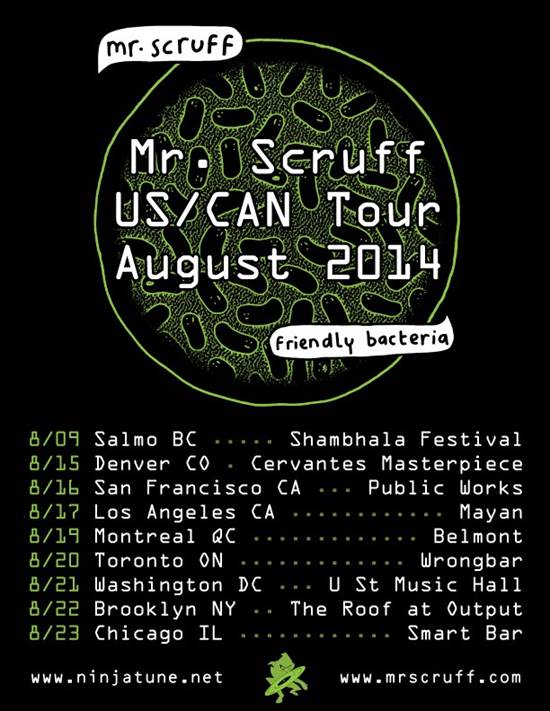