Today, studied rock and roll guitarist Cody ChesnuTT released a new EP called Black Skin No Value. The collection of six songs (download one below) is his first major output since The Headphone Masterpiece, a lo-fi double album he recorded in 1997 while wrestling with love and living his mother's house in Atlanta that was released independently in 2002. On that record ChesnuTT was lifted, sexy and charming, dejected but also featherweight strong and sometimes mean. In its wake, he played large shows with The Roots, appeared with The Strokes, then disappeared. We talked with ChesnuTT about that record and his life as a musician and father in the last decade.


You were on the cover of FADER #12 in 2002, almost nine years ago. In that time, you’ve recorded a couple of songs but otherwise been pretty M.I.A. What have you been doing? Where have you been?
Basically, I took some time off to live my life and spend time with my family. I have two children, a son that’s seven and a daughter that’s a year old. I was in LA close to seven or eight years.

But then you moved down to Florida—
Right, I came back to Tallahassee after my son was born. After I came off tour it was ideal to get away from the hustle and come straight to the country where I can really just get inside myself. It was the perfect place to start my family and just start over. It’s much slower and really quiet. Being out here in the country where there are not a lot of distractions has allowed me time to get to see what god has created and focus on that which really is. You can look in any direction out here where I live in the neck of the trees, and you get peaceful and realize you’re here and you can create whatever you want. That’s why people go on retreats, what I have every day. There’s room for you to redesign or rearrange the universe however it suits you. You don’t have to subscribe to what’s already created or what someone put there for you. Knowing I have that option has cleared my head up a lot in terms of what I can contribute. It’s done wonders for me, and my family. My child loves nature and being outdoors. A lot of kids are hung up with being inside all the time playing video games and they miss the balance of childhood.

Hearing The Headphone Masterpiece, now eight years after its release, I’m still impressed by how many different characters are on it, how you created a whole universe of personalities from and by yourself.
Headphone Masterpiece encapsulated a lot of the things I was going through at that time. I was still pretty much a young adult; there were some relationship things that were happening. A lot the album happened spontaneously, but it reflected my lifestyle at that point in time and life as I’d known it up to that point, when I didn’t have the most godly outlook on life. It was incredibly honest, though, it was where my energy was. My work is the same now; it reflects where I am in my mind, in my heart, in my spirit.

What does living with a godly outlook look like for you?
I just have a different state of mind and more options for how I respond to different things and the ways that I treat people. I tried to express myself on Headphone Masterpiece as deep as I could, and as honest as I could, but once you embark on a spiritual journey you find that there’s even more depth. So I try to pull from that now as much as I can, and really try to spread what I’ve learned and have come to understand about life. I’ve jammed with a few people here and there in Tallahassee. But the writing experience, the creative experience, is very private and personal for me. That’s why I haven’t done a lot of collaborations, because I just want to make sure whatever I have to say is pure and not distracted by too many other opinions, even though that’s good sometimes. I’ll bring things to the table for other people to contribute to and embellish on once they’ve been written, but it only feels right when the actual inception comes from me. 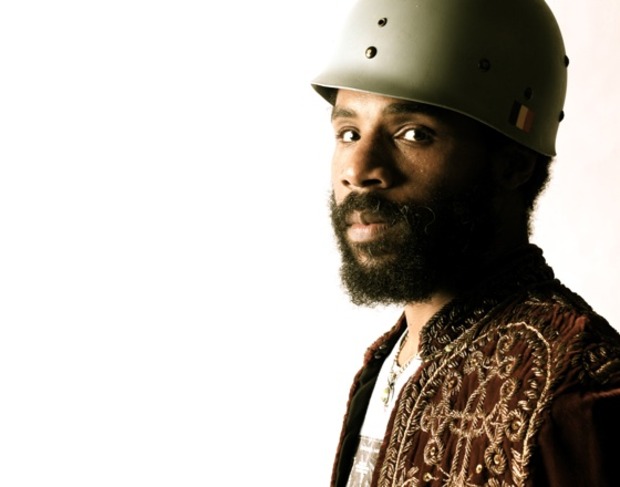 So how does that new energy sound in your new work? Why make a new EP now?
I made Black Skin No Value as an alarm. We’re still dealing with issues of our value as human beings even in this generation. I think the stock value of dignity is low right now, people are caught up in a lot of illusions and I feel that’s an emergency. I wanted to make something alarming that spoke to the culture of the last 10 or 20 years and what we’ve faced as a people in that time. The title is ironic, but it can be mapped on literally to actions of presidents we’ve had, our legal system, and what happens in media and pop culture. What we watch on TV shapes our imaginations, affects our personal values and personal perceptions. Hopefully this music and these thoughts will help people find a moment of pause. I don’t know if all the men out there with who have a platform for communicating with an audience realize that they’re shaping their communities. People define manhood in different ways, but I think first and foremost it's taking care of yourself, protecting your family and trying to make your social environment as healthy as possible. I hope in the next decade men are really on guard, watching to make sure that a healthy way of living is being protected and prioritized. I would like to think that people are starting to think about more things right now other than clubbing all the time. So I’m trying to touch on all that and our education system, police brutality, but I’m trying to frame that whole experience, this whole moment, in less than 12 minutes

What's the appeal of writing short songs?
It doesn’t take much if you have the right set of words, the right rhythm and the right cadence. In a commercial you can sell what a company is in 15 seconds. And you can impact millions of people and move them to support whatever your idea is, in 15 seconds. So it’s really about the choice of words, and the thought, and how clear the thought is. It doesn’t take a lot of words, it just takes the right amount of words, and the right energy on the words. I’m calling it "sound-bite songwriting," you know, just say what it is and let the person meditate on it and be done with it. Because you have so much information coming at you now, that I feel its just best to get in and get out.

Is Twitter something like sound-bite songwriting—the task of distilling a lot of information into something evocative and small?
I’m cool with Twitter, Facebook, all of these things. They’re tools like anything else. It just depends on how it’s being used and the content. What matters is what you’re saying, what people can get from it and how long it’s going to last.

When you released the double album in 2002, there weren’t as many ways to release and share music independently. How do you feel about that change?
I definitely perceive it as a positive thing because it allows people to be more honest in their music. Now people can release things without a lot of filter, and those people have inspired other people to take control of their destiny and to define themselves as artists. The more independent music you release, the more people start to realize that they can create their own reality.

So you listen to a lot of music on the internet?
I listen to the classics. I stick with early jazz up until the great music of the ’70s. My uncle sent me an amazing collection of Billie Holiday songs and I tried to study the spirit of the songs and of that time, trying to figure out why it's still so powerful? I studied old Sam Cooke trying to figure out how it still stands up as if it was released yesterday. That’s kind of been my school for understanding what responsibility is in music, how deep it should be, how honest it should be, how uncompromising it should be.

When’s that full length album coming out?
Hopefully I can get it out before the summer.

Song You Need: “Intrusive” is Rico Nasty at her most unvarnished