On riding in cars with Big and Bad Boy Records’ early days.

8-10 WEST 19th St., NYC. I enter the building through a narrow hallway, step into the elevator and press nine. The elevator door slides open and there is a glass door in front of me leading to the reception area. On the entire wall to the right in big block letters is inscribed, “Don’t be afraid to close your eyes and dream, then open them and see.”— Sean “Puffy” Combs

I enter Bad Boy Records office. There’s music playing, Look up in the sky, it’s a bird it’s a plane/ Nah, it’s Mary J, ain’t a damn thing changed. I step to the reception desk while phones are ringing, deliveries are coming in and out and aspiring artists sitting in the lobby wait to have their music heard. Street team members are loading up with music, postcards, posters, tape and staplers like Rambo loading up ammo for his final battle.

I knew right then this was not just a record label, it was a movement. An hour later, after Puff played me the entire Ready to Die album for the first time, I realized who would be delivering Bad Boy’s message. Even with all the chaos going on at Bad Boy, everyone seemed to know not to come in when Puff was playing the Big album. Hip-hop was about to kick in the door, and Notorious BIG was going to be commander-in-chief. It was June 1994 and, as VP of promotion for Clive Davis at Arista Records, I was one of only a handful that got to hear Ready To Die early. As I left the office, passing Puff’s credo, he handed me an unmastered cassette of the album with two dramatically different songs. I still have it. It was then that it occurred to me how lucky I was to have a chance to work with this person who might just become the greatest rapper of all time.

The next two years of my life would be filled with amazing moments with Big. From the first time I saw him perform, to the first West Coast road trip, to seeing him headline the KMEL Summer Jam that following year. I could go on for hours about those moments—and I will with anyone who asks! These are some moments I’d like to share, moments that, for me, define who Big was. 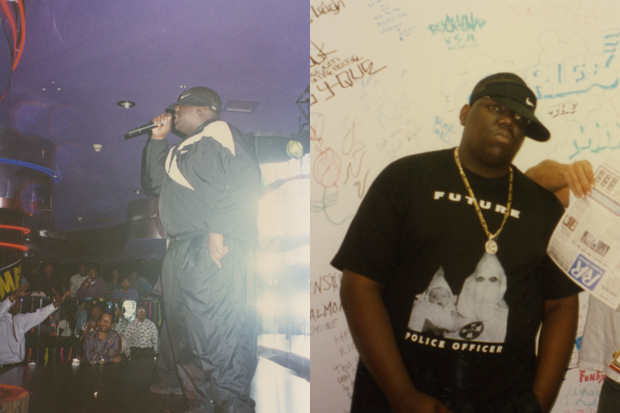 The summer of ’94, we headed out west for what was better known as the Big Mack Tour, visiting every radio station, mom and pop and big-box retailer, college radio, television show, restaurant and club. You name it, we took Big and Craig Mack there. We took photos of them with fans, they signed posters, walls, body parts and T-shirts. We’d roll up to clubs unannounced and tell the DJ we had Craig Mack and Big outside and that we wanted to do a Bad Boy show. They’d usually oblige. It wasn’t unusual to do three different clubs in a night.

While Craig and his crew rode in the van with Geo Bivins and Anthony Daughtry, Big, Lil Cease and Hawk rode with me. There were a couple of reasons for this—first, Craig was extremely boisterous, screaming weird things out the window like, “Hey lady, your hair is on backwards.” This didn’t sit well with Big, who was the epitome of Brooklyn cool. Second, I had a brand new Lincoln Continental from Hertz that better suited Big than a 12-passenger blue van. He sat up front while Cease and Hawk rode in the back.

About 20 minutes into our first drive, I turned to Big to break the ice and awkwardly blurted out, Hey, I saw you perform in NY. “Oh yeah?” he said. At the Mews on Little West 12th St., I continued. I was at the show with Dru Ha and Redman was snaking through the crowd holding an aluminum baseball bat on his shoulder. Big took the stage with about 40 of his boys after Black Moon and the energy was ridiculous. The next thing I knew, gun shots hit the ceiling, fights broke out, Flex was on the mic telling everyone to chill while a whirlwind of punches and drinks were flying. In the car, Big turned to me, “You were there?” he said. I nodded. “Damn, that was my first show,” he said, impressed.

In Berkeley, Craig and Big sat for an hour signing autographs and taking pictures at Tower Records. Leaving the store, I handed Big issue #79 of The Source. He thumbed through and opened to the review of Ready to Die. Though it was extremely positive, they’d criticized the sexual content and noted that some of the beats were repetitive. Big stood reading the review by the passenger door and nonchalantly let the magazine slide out of his hand into the trash. As it fell, he took two deliberate steps toward the car, sighed, opened the door, and said, “What’s next?” I could tell that it had bothered him, but as quickly as it fell in the trash, he was on to the next piece of business. 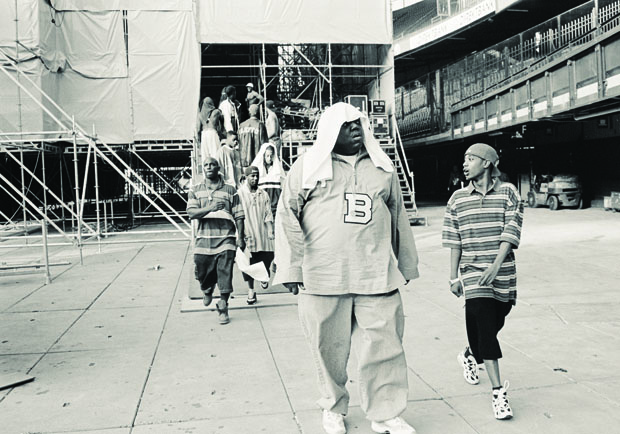 A few days later, heading to a visit at LA’s Power106, Big comes down from his room wearing a black T-shirt with a Ku Klux Klan member holding a KKK baby and in bold type it says, “Future Police Officer.” Here’s where the pressure to deliver for Clive and Puff kicked in, and I start thinking the worst. What if this shirt pisses off some of the execs at radio? What if Big is asked to pose for trade photos and the entire network of white-owned hip-hop stations see the shirt and refuse to play his record? So I asked Big to walk with me away from everyone and said, “Big, you know we’re heading to radio stations to get your record played.” He shook his head in agreement. “Well, these are white-owned radio stations. The shirt might offend them and get in the way of us getting your record played.” He looked down at his shirt to see what I was talking about. He paused, then chuckled and said, “We’re good Rob Stone, we’re good.” Well, he didn’t change his shirt and needless to say, the record got played.

We’d been running around all day like lunatics and back at the hotel, no one showed up for a midnight run to the radio station, except Big. So I went from miserable to HOLY SHIT very quickly. It was pouring outside, so I ran to pull the car around and pick Big up in front—not that he requested it, but he had a way of making you want to do right by him. Because it was just us, we talked about a lot of things: our families, our moms, friends, girls, the business, Puff. He was curious about my life growing up in Long Island—how I’d gotten into hip-hop and proud to hear that I was born in Brooklyn and impressed that my dad went to Erasmus High School and still owned a trucking company in Brooklyn. He talked about recording his new album in the Caribbean, away from everyone. Things were getting complicated with way too many distractions. And he made a point to say, “I can’t front: Puff made Ready To Die great, and he’s gotta be there with me.” I asked how and he said Puff was the one who told him to paint the picture and tell stories. He’d designed tracks to fit Big’s style. It was pretty amazing to hear and to be let in on what felt like a secret.

The first time Big went on Funkmaster Flex’s show at Hot 97, “Juicy” had really started to break. Biggie was becoming Brooklyn’s hero. Craig Mack’s “Flava in Your Ear” was a monster, but those in the know understood that Big was on his way to being the King. Flex knew. I’d taken many artists up to Hot97, but this felt different. This was like escorting Jordan in Chicago during the NBA finals. The station was crowded. It was electric. People wanted to be part of it. They wanted to see him. We all knew it was a special time for hip-hop, for New York, for each of us. I watched Big and he was as cool as he’d been riding in my Continental. Nothing overwhelmed him. He seemed born to do this. He showed respect to everyone, even responding to the cleaning lady’s request for an autograph. “You got it, ma,” he said, signing a scrap of paper.

I’ve often wondered what Big would think of the magazines that covered him over the years. I think he’d appreciate the cultural impact he has had. I think he’d want Brooklyn represented the right way, for his crew to be acknowledged and for the world to know that he was very aware, a stand up guy, a jokester, a great father and son, and extremely determined. With his spirit in mind, we celebrate our icon issue in May and choose to celebrate his birthday of May 21st. I hope this issue is Big’s biggest compliment, as it was Big who paid me my biggest compliment: 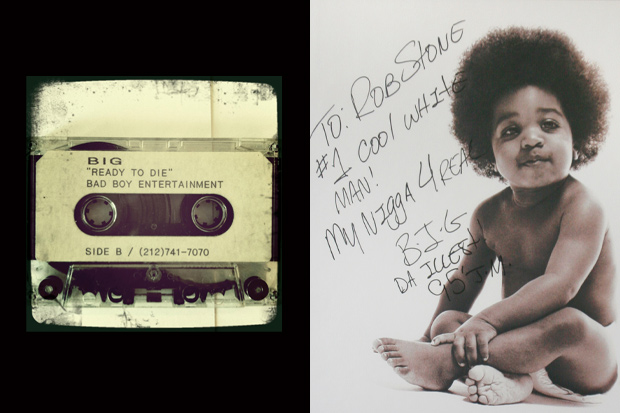