The bustle and skronk of daytime Casablanca downshifts to a leisurely human buzz at the city's only conspicuous tourist spot: the Hassan II mosque. It's enormous. We're here at sunset, taking a breather after a long day spent waiting in or for taxis, punctuated by conversations about music. John's photo of the kid (who looks like a Giacometti) diving off the mosque into the Atlantic is striking—in part because he's shot against only a sliver of this bigger-than-big monument, topped by the world's tallest minaret, with lasers that point the way to Mecca. Hassan II asserts spirituality through sheer size. The families and couples and loners strolling around its environs—we're just ants. Facing west, watching the sun melt orange then disappear, I feel the weight of the ocean separating this continent from America. Then a trio of track-suited boys strut by playing James Brown on a cassette boombox. Music makes home portable. This jam by Casablanca chaabi queen Zina Daoudia is all clamor and elegance. It feels like walking, then sprinting, through a crowd: 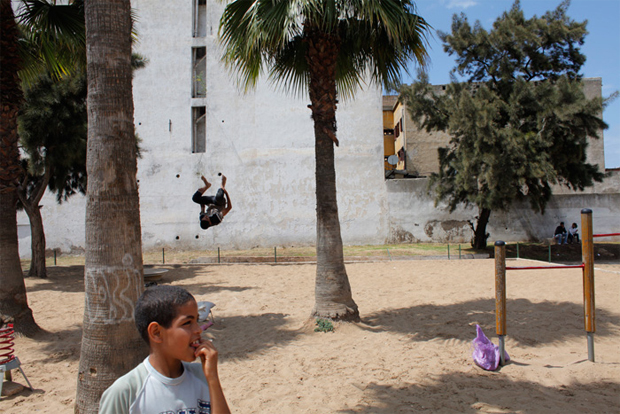 I've spent the last several afternoons visiting Casablanca record labels and production houses like Ennassim, Fesmaatic, Box Music. They cluster around the bright, busy Ave. Mohammed VI, which is basically a 6-lane Frogger game played by real people. The musicians and shop owners usually end up asking me more questions than I ask them. “Why do you like this music? What are you doing here? Who else are you talking to?”

Ennassim's tucked down an unlit corridor in a souq market called Laayounes. They put out a lot of records, but my favorites involve the utar, the Berber lute that looks a root vegetable. The utar's country twang lends itself to lilting, spidery ballads. Badass utar players radiate out from the hills of central Morocco. One of my favorites, El Khozeimi, is part of the Enassim crew. He's an older man with salt-and-pepper hair, and he records his male-female duets with a dusting of polite Auto-Tune. It's lovely, sensitive music. But when I asked my friend Yassir to translate some lyrics, he reported back: “Let me tell you, this is an incredibly misogynist song. It goes against my values and my lifestyle...” Turns out that all that sonic gentleness masked a creepy violence. He even has his (unnamed) female partner sing a ridiculous chorus that begins: Whoever trusts a lady is crazy crazy crazy crazy crazy/ Forgive me mother, I know you're a woman, too. A different song from the same CD, let's give El Khozeimi another chance: 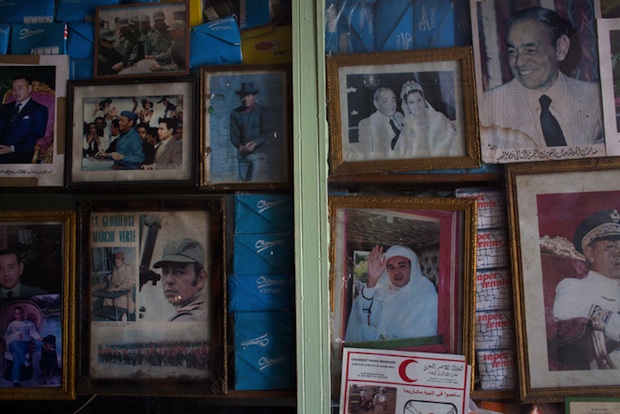 Across the street from Ennassim lies a scruffy little park. Ninja Crew gather here every afternoon this week, doing gravity-defying flips and climbing trees. The kids are practicing for Sunday's citywide parkour contest. Casablanca's concrete-clotted landscape makes perfect sense for the sport which combines intense competitive acrobatics with kids using walls and barriers in the city's built environment as a literal jump-off.

Walking around, recorded music is everywhere. It's much harder to hear the live stuff. Most bands are lucky if they score more than a few gigs a year; rap, rock, or metal shows are few and far between. For Moroccan and Arabic music, you need to hit the seamy cabarets of downtown Casa. Here musicians play long hours for little money, and are expected to know huge swaths of repertoire, from big Egyptian love ballads to that month's local hits. It's a thankless job. Last night we saw a one-man band – synthesizer & drum-machine – cycle through styles at the Hotel Transatlantique. Every so often a vocalist would come over, and quietly sing him a few bars of the upcoming tune they had in mind. The poker-faced keyboardist sped to figure out the right chords and synth-settings. Watching him sweat, I empathized; these bands function exactly like an under-appreciated DJ, right down to taking wearisome requests or stoically occupying an empty, too-loud room.

Over at the chaabi bar on rue Allal Ben Abdellah, the house band's violinist plays through a stack of weird guitar pedals, making his instrument sound variously like a flute, an orchestral string section, an accordion, and swirling psychedelic waves. Here's a chaabi vamp stretched across nine minutes, from an MP3 CD with Spiderman photoshopped on the front: 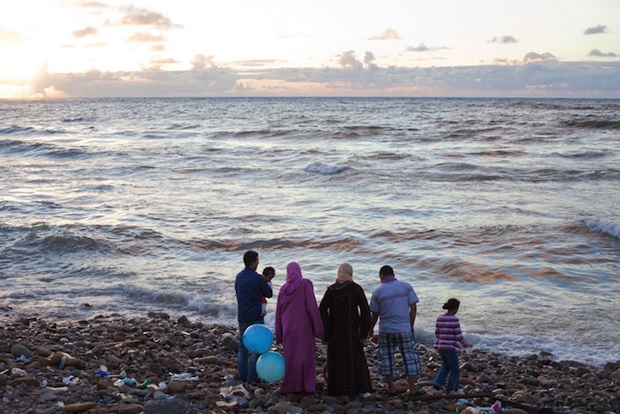